The Age of China in Africa 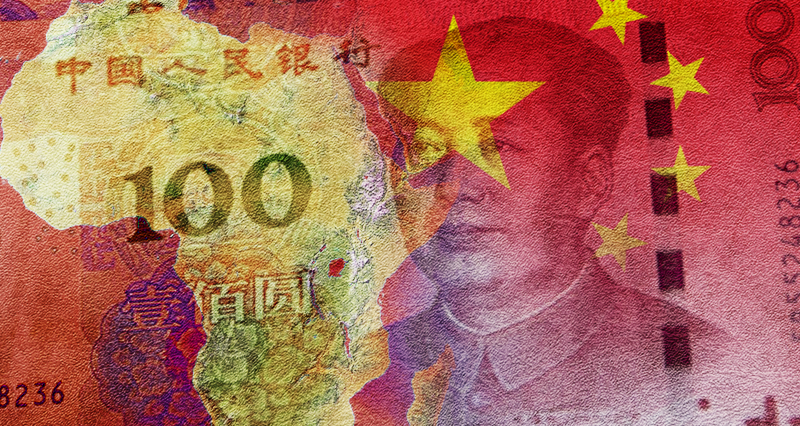 European forces shared the African continent, which had been exploited by Europe through the slave trade, out with the Berlin Conference in 1884-1885.

The Western imperialists who enslaved the African society played the communities against each other, using ethnic differences and causing the greatest massacres in human history. They colonized the countries of the continent, looted their natural resources and built their wealth over the blood of the continent.

The exploitation of Africa through a racist view by the European “white man”, the plundering of the natural resources and the seizing of rights of free people, turning them into traded material like goods – all this ended at the beginning of the 21st century.

China has started to rise at the beginning of 2000s and announced the construction of a new world, which initiated the Age of Asia.

Of course, Africa could not stay out of this world. African countries who broke the chains of French imperialism turned their faces to Asia one by one. The world of modern civilizations rising from Asia, led by China, Russia and Turkey stood against the imperialist camp that plunders Africa.

Today, Africa’s top trade partner in economy is China. France does not even rank at the top 5 in terms of trade with Africa. In military aspects Russia is first and China is second. Turkey has come a long way in terms of economy and diplomacy in the recent years. The trade volume, which was 3.6 billion dollars in 2003, increased to 20.6 billion dollars in 2017. Likewise, while there were only 12 Turkish embassies in Africa in 2009, this number reached 41 in 2018.

The President of People’s Republic of China, Xi Jinping made a speech that presents the principles of the Win-Win policy during the Asia-Africa Summit convened in Jakarta, Indonesia on April 22nd, 2015, which marked the 60th anniversary of the 1955 Bandung Conference, where the foundation of relations between Asia and Africa had been laid. Xi Jinping said: “Within the framework of the win-win cooperation, we must bring forward a new type of international relations and promote a more fair and egalitarian international order… We must broaden the solidarity of Asia and Africa… It is imperative to respect the sovereignty, independence and territorial integrity of all countries and their right to choose their system of society freely…”

As the Chinese President Xi Jinping stated; it is possible to share economic, cultural and political wealth in all aspects of life. It is possible to support others to win and therefore win yourself. Chinese companies drill oil in Angola, mine for uranium in Zimbabwe, cobalt in Congo and copper in Zambia, they cut down trees in Mozambique. They were building the roads that will carry the goods to the ports. A railway construction which will connect Kenya, Ethiopia, Tanzania, Uganda, Djibouti and Rwanda was starting and they were also building governmental buildings, schools, hospitals and social facilities.

China continues to be the greatest trade partner of Africa for the last 11 years. China’s import of African agriculture products increased 14% on average in the recent years, which made China the largest importer in this category; both China and Africa were winning. China was also at the top in infrastructure aspect: the motorways and railways built in Africa with the help of China was over 6,000 kilometers; about 20 ports, more than 80 major electrical utilities, 130 health premises, 45 recreational facilities and more than 170 schools were built; lastly, the Chinese companies created over 4.5 million jobs in Africa continent.

Africa has now settled on the road. This movement cannot be stopped by the imperialist forces. The imperialist countries of G7, who claim that they will start “an alternative belt and road project” with the pretension to “rebuild a better world” have no sources or power to compete with China.