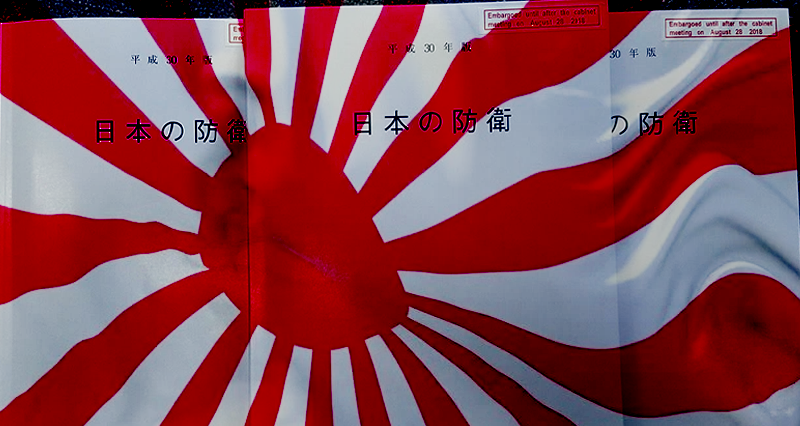 The Japanese Ministry of Defense has published its Annual White Paper, a report formed by the “Free and Open Indo-Pacific” strategy. The Japan-United States (US) alliance is widely covered in the white paper, in addition to subjects such as Chinese coast guard boats, the North Korean missile development program, earthquakes, space and cyber security.

The Indo-Pacific region is home to half the world’s population and major sea routes pass through it. The vision of the ‘Free and Open Indo-Pacific’ is based on the concept of peace: any country can cooperate as long as it supports peace. The invitation for a regional alliance was repeated in the introduction of the report.

Page on the People’s Republic of China

The report also voiced tensions around the disputed Diaoyu (Senkaku) Islands. In the ministry report, attention was drawn to the Chinese Coast Guard and Beijing’s “unilateral attempt to change the status quo in the East and South China Seas.”

In the 2020 report, the Chinese People’s Army took up more space: “In the middle of the century, the wide and rapid development of the military power of the People’s Liberation Army in terms of quality and quantity is clearly visible in the nuclear, missile, naval and air forces.”

The fourth page of the report is devoted to the speech that North Korean leader Kim Jong-un gave at the 8th Congress of the Workers’ Party of Korea on the development of missile capabilities and tactical nuclear weapons. The report closely monitors intercontinental missiles, including North Korea’s state-of-the-art missiles.

Insistence on the QUAD

The White Paper underlines the need for closer cooperation with India and Australia. The report, which shows Tokyo’s expanding geopolitical stand, identifies Canada and New Zealand as vital players as well as the UK, France and Germany.

The government of Yoshihide Suga, the most enthusiastic promoter of QUAD, continues its desire to maintain a US-Led alliance.

In Japan, attempts to move away from the pacifist security policy that gained momentum under Shinzo Abe and continued under Prime Minister Yoshihide Suga has reached a turning point. The drawing of ‘’Samurai‘’ warrior on the cover of the white paper this year was a reminder of the imperial dreams of neo-conservatives in Kantai who followed an aggressive policy.

Japanese conservatives have reviewed Article 9 of the Japanese Constitution which prohibits the state from participating in war. In taking this step, conservatives who denied Japan’s war crimes during the Japanese Empire revealed their past imperial ambition by lifting constitutional restrictions on Japanese Self Defense Force (JSDF). One of the key figures that lead the reinterpretation of Article 9 was formar Shinzo Abe, he is also current defense Minister Nobuo Kishi’s brother.

It’s also important to remember both brothers are class A war criminals and the grandsons of the 56th and 57th term Japanese prime Minister Nobosuke Kishi. In Japanese politics, which follow traditional tendencies, one can note the fact that the Liberal Democrat Party has a long history of anti-Chinese sentiment and actions.

Kantei has approved 5,34 trillion yen (52.6 billion dollars) defense budget for 2021 financial year. The budget increased by only %1.1 percent compared to 2020, but a steady increase in defense expenses for 9 consecutive years is reported.

In May of this year, Kishi and Cabinet Secretary Katsunobu Kato announced that Japan was not keeping the defense expenses below 1% percent of Gross Domestic Product, as has had been general policy since 1976.