Is Pakistan preparing to officially recognize the Turkish Republic of Northern Cyprus? 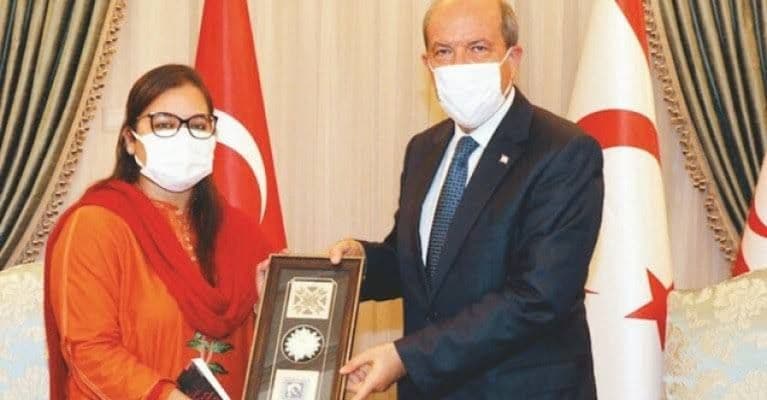 The Turkish Republic of Northern Cyprus (TRNC), which holds a strategic importance in the Eastern Mediterranean, has been facing harsh political, economic and military embargoes since 1974.

The TRNC, which the European Union has been wishing to include within its borders through the Greek Administration of Southern Cyprus, with various projects similar to the Annan Plan of 2004, has so far managed to resist such foreign pressures with Ankara’s consistent support.

As waters are warming up in the Eastern Mediterranean, Ankara’s diplomatic steps have opened the possibility of international recognition of the TRNC by some countries.

On January 13th 2021, top diplomats of Turkey, Pakistan and Azerbaijan have met in the Pakistani capital Islamabad. International press reported that the development of political, economic and military cooperation between the three countries was deliberated. Additionally, a joint solution for Turkey’s Cyprus, Pakistan’s Kashmir and Azerbaijan’s recent Karabakh issue was discussed.

Only a few months after this critical summit in Islamabad, the Pakistani and Azerbaijani diplomatic delegations have paid an official visit to the TRNC, even though it was evaluated by the authorities as a mere coincidence.

Ifrah Tariq the first secretary, and Faraz Arshad the third secretary of the Pakistani Embassy in Ankara, have met with Turkish Cypriot President Ersin Tatar in Lefkosa (Nicosia) on July 12th.

Although a Pakistani diplomat described this a “routine consular visit, which also had taken place before”, the diplomatic terms used about the TRNC both before and after the visit reveal that this meeting was more than “routine”.

The relations between Pakistan and the TRNC are growing

There are deep-rooted relations between Pakistan and the TRNC. Pakistan has always shown a stance by the side of Turkey and the Turkish Cypriots, especially during the crisis of 1974.

Besides, the TRNC has a diplomatic mission in Islamabad since 1987. Nearly 8000 Pakistani citizens, most of whom are university students, live in the TRNC today and this number is now growing more than ever.

The officials from Pakistan and the TRNC have announced that they have mainly discussed about the issue mentioned above during the Pakistani delegation’s visit to Lefkosa (Nicosia), however the announcement of this “routine” visit from the Pakistani embassy social media accounts for the first time, is a clear sign that a new process had begun.

One option for Pakistan could be to open a consular office on the island, however Pakistan is rather taking a “low profile” approach because of the lobbying activities from Greece and the Greek Cypriot government, through the European capitals.

The possibility of a Pakistani diplomatic mission opening up in the TRNC, may be discussed in the future especially when some other countries already have active diplomatic missions on the island, such as the UK, the USA, Germany and Australia.

Immediately after the visit from the Pakistani delegation, another delegation headed by Samed Seyidov the Chairman of the Committee on Foreign Affairs Inter-Parliamentary Relations of Azerbaijani Parliament, has visited Turkish Cypriot President Tatar on July 17th.

Seyidov, head of the Azerbaijani delegation that made its first official visit to the island, stated “The power of Turkey is the power of Azerbaijan and it is the power of the TRNC (…) We are one nation under two states, and the third state is here on this island now”, indicating new developments on the Baku-Lefkosa axis.

Putting all the pieces together, we can see the efforts to create a new bloc that stretches from the Eastern Mediterranean to the Caucasus and all the way to Asia, by the Ankara-Islamabad-Baku axis.