Riots and looting in South Africa 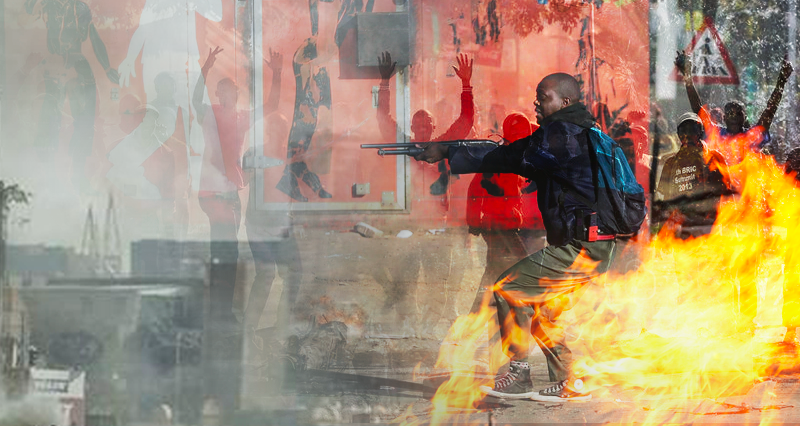 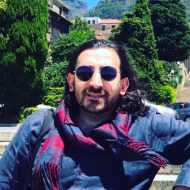 On the 29th of June 2021, South Africa’s former president Jacob Zuma was sentenced to 15 months in jail. He has been given five days to hand himself in to the police, failing which, the police minister must order his arrest. The sentence comes after the Constitutional Court found him guilty of contempt for defying its order to appear at an inquiry into corruption while he was president. After his arrest, dozens of people died in outbreaks of looting and rioting in parts of the country. Shopping centres and businesses in the Gauteng and Kwazulu-Natal provinces have been ransacked. Police are over-stretched, and the military has been deployed to support them. Many citizens feel that his successor as president, Cyril Ramaphosa, has failed to provide decisive leadership either to calm anger over Zuma’s imprisonment or to reassure South Africans that they will be safe.[i] President Ramaphosa has described the deadly violence and protests as unprecedented in the 27 years since the end of the apartheid regime.

A photo of the riots from South Africa 13th of July 2021, KwaZulu Natal

What is happening in South Africa?

The riots taking place at present are the most serious since the end of Apartheid.[ii] It follows the imprisonment of former president Jacob Zuma, resulting in 72 deaths, and a further strain to the economy. Protests that followed Zuma’s arrest last week, after he failed to appear at a corruption inquiry, have widened into looting and an outpouring of general anger over the hardship and inequality that persist 27 years after the end of Apartheid. Poverty has been exacerbated by severe social and economic restrictions aimed at stopping the spread of Covid-19. The analyses have to have a look at what is driving the violence, its impact on businesses and infrastructure and why the country is burning.[iii]

Most difficult test for the ruling party

Mandela’s release from prison in 1990 heralded a new dawn for South Africa, stoking hopes of democracy, prosperity and equal opportunity. The veteran campaigner stepped down in 1999, leaving the African National Congress (ANC) as the dominant player on South Africa’s political stage but bogged down in political and graft scandals. The party’s internal crisis peaked in 2018, when Jacob Zuma was forced to step down from the presidency after nine years in office. His successor Cyril Ramaphosa promised to stamp out corruption but has struggled to overcome resistance from Zuma loyalists and grassroots ANC members.[iv] After Zuma last week began a jail sentence for refusing to testify to an anti-corruption commission, protests snowballed into looting. Zuma was president of South Africa from 2009 until 2018, a time when alleged corruption escalated in government and the ruling African National Congress. After he resigned, a government-mandated commission started investigating some of these allegations, but Zuma repeatedly refused to testify, despite an order to do so from South Africa’s Constitutional Court.[v]

The echoes of Zuma’s arrest

Jacop Zuma was convicted of contempt of court last month after failing to attend an inquiry into corruption during his presidency. The seventy-nine-year-old politician, who denies corruption, was given a 15-month prison sentence. He handed himself in to police last Wednesday. Zuma was hoping to get the sentence rescinded or reduced by the country’s constitutional court.[vi] The unrest started after Zuma handed himself over last week to start a 15-month prison sentence for contempt of court. Zuma supporters, who believe he is the victim of a political witch-hunt, burned tyres and blocked roads in his home province of KwaZulu-Natal. Support for Zuma stems partly from his image as a man of the people during his nine years in power until 2018, and because some see his jailing as an attack on the nation’s largest ethnic group, the Zulu. However, undoubtedly this cannot be more than an excuse because not actually his race, but corruption has been the matter of the allegations throughout his presidency and retirement in South Africa.[vii]

Although many wealthy and middle-class South Africans were overjoyed when Zuma was ousted after multiple sleaze and graft allegations, he still retains loyal followers in KwaZulu-Natal and some poor, rural areas. His support among the population mirrors a division within the governing African National Congress (ANC), where a pro-Zuma faction opposes his successor President Cyril Ramaphosa.[viii]

Such was the severity of the situation that the Nedbank banking group had to announce the closure of all its branches across South Africa. Afrox, the country’s largest oxygen production centre, was also affected by the violence. Local media also reports of damage to factories and key supply routes. A few factories of Turkish group Defy were also robbed by looters in Johannesburg and Durban. People are fanning the violence with inflammatory comments and social media posts which causes serious delusion in the country. In this case, the two people particularly drawing criticism are the spokesman for Zuma’s charitable foundation, Mzwanele Manyi, who attributed some early acts of violence to “righteous anger”, and Zuma’s daughter Duduzile.[ix] The Department of Mineral Resources and Energy has enforced a law prohibiting South Africans from purchasing petroleum products in portable containers. Acting Minister in the Presidency Khumbudzo Ntshavheni announced this on Wednesday when she was giving an update on the continuing violence and looting gripping parts of the country. The department has discouraged members of the public from panic buying and hoarding fuel, saying it would exacerbate current challenges.[x] Furthermore, many residents in affected areas have remained at home, and some have formed what local media call ‘defence squads’ to protect their neighbourhoods and businesses as looting and burning continues. From stores being entirely looted to factories and cane fields being set alight, businesses have started counting the cost of the damage wreaked through civil unrest in parts of the country over the past few days. Undoubtedly, the economic cost of riots will be more than what has happened in the country, while South Africa faces a long wait for international travel to reopen, which means an adverse effect on national revenue from tourism.

There is no doubt that the unrest is the biggest security challenge that President Ramaphosa has faced since taking over government in 2018, after ousting Zuma. Given the scale of destruction, the unrest is bound to worsen the economic crisis, which is already triggered by the pandemic,.

The lessons to be learned from the past

Since 1994, the South African government has not faced such a far-reaching political riot, which is seriously threatening the economy and social welfare in the country. This does not only show the uncertainties and political delusions in the state but also indicates that the struggles and endeavours for democracy in the Apartheid Regime are already left in the past. What is the point if the history did not teach us anything for the future? Undoubtedly those heroes who sacrificed their life in the struggle against Apartheid and for a better South Africa would not be proud of the current political situation if they were able to see it now. Along with the warm people and diversity in South Africa, we should be talking about a strong, thriving economy and social welfare, which the country deserves.

Halim Gençoğlu
Historian Halim Gençoğlu is the author of four books and several articles in African Studies. He was born in Turkey in 1981. After his Bachelor's degree in Historical Studies, he completed his second Master’s degree in Religious Studies and Doctoral Studies in Hebrew Language and Literature at the University of Cape Town. Dr Gençoğlu continues his academic research as a postdoctoral fellow in Afro-Asian Studies and contract staff in African Studies at the University of Cape Town.