What is happening in Cuba? 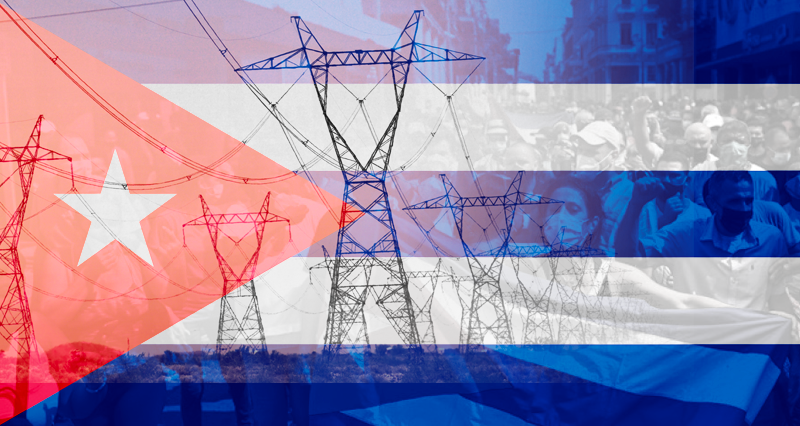 In recent days, the hegemonic media has disseminated images of citizen marches in Cuba, some digital portals have said that these are “the first protests against the Cuban regime in 28 years,” and at the same time the media has exaggerated the number of participating people. For its part, the Cuban government, headed by President Miguel Díaz-Canel, has come out to “reject attempts at destabilization by counterrevolutionary groups” and, which is the same, to “reject US destabilization attempts in Cuba”.

To analyze recent events, it is important to first place ourselves in the current widely known context: Cuba has also been hit hard by the global economic crisis and by the Covid19 pandemic, which has not prevented the Cuban government from launching several experimental vaccines, national scientific research and Cuban national production; among these vaccines were: Abdala (92% effective) and Soberana (62%), which have already begun to be applied in several nations of Latin America and the Caribbean.

Another element that cannot be ignored is that Cuba has been heroically resisting an economic, commercial and financial blockade by the United States, which has been going on for more than 60 years, a blockade that started when many of our readers had not yet been born, and perhaps not even their parents or grandparents, and the island was already being oppressed by US imperialism. On this, in the last meeting of the UN General Assembly, a Resolution that demanded the end of the blockade, was presented by the Cuban Foreign Minister, Bruno Rodríguez, obtaining more than 95% of the votes of the countries of the world with 184 in favor, only two against (USA and Israel), and three abstentions: Brazil, Colombia and Ukraine, governments totally subordinate to the White House.

Now, in the local context, what about the ordinary Cuban? The younger generations have also not experienced, for example, the literacy campaign of 1961, which taught the entire Cuban population to read and write, especially peasants impoverished by the pro-American dictatorship of Fulgencio Batista (1940-1959). Thanks to this campaign, Cuba was recognized by UNESCO as a “territory free of illiteracy”, in addition, the island today has a citizenship appreciated worldwide for its high academic training and political awareness.

Many young Cubans have not experienced the imperialist invasion of the Bay of Pigs, the missile crisis in the middle of the Cold War, nor have they listened live and direct to the emotional and moralizing speeches of Commandante Fidel Castro, undisputedly one of the great leaders of the 20th and the XXI century. Furthermore, they have not even gone through the “special period”, in the 1990s, where the solidarity of the Cuban people among themselves was tested in the face of the collapse of the Soviet Union, Cuba’s strategic and economic ally: while a part of the population saw their only future in Miami, a good part of the Cubans showed their maximum expression of resistance in the face of North American pressure.

Another element that led to the last demonstration against the Cuban government, which we clarify as in all democratic country protests are common, varied and recurrent, began at the end of June, it was due to the lack of electricity in several provinces of Cuba (in the framework of the hurricane season in the Caribbean region). In this regard, the Minister of Energy and Mines, Arronte Cruz, stated that “the main causes of damage to electricity service are due to the deterioration of the electricity generation and distribution system.” In addition, he announced that in the next few days the service will begin to be reestablished and pointed to the blockade as the reason why the government has not been able to acquire machinery for the maintenance of the electrical system.

In short, much of Cuba today is aware of the value of the Cuban Revolution, and has also taken to the streets, but to defend the Cuban government and its Revolution. The people have come out to call for the end of the criminal blockade of the United States. On the contrary, another part of the island population, a minority, but supported by a wide and distorted diffusion of social networks, and, it must be said, this counterrevolutionary onslaught is not only made up of young people, but also by the elderly and their longings for “the American dream” and “the American way of life”, many with relatives living in Miami, who openly supported the government of Donald Trump with their votes, as they are anti-Castro militants.

Now it is possible to see part of what is behind the recent demonstrations in Cuba, for which the Cuban people have taken to the streets asking for “freedom”, but it is also possible to affirm that the majority of the Cuban people have taken to the streets, yes, to defend their Revolution. Demonstrations of solidarity with the Cuban Revolution have begun to multiply in Latin America and the Caribbean. In Mexico, for example, the president López Obrador has said: “the truth is that, if you really want to help Cuba, the first thing you should do is suspend the blockade of Cuba, as the majority of the countries of the world are claiming”.

We totally agree: That would be a true humanitarian gesture. Meanwhile there is no doubt that imperialism is the worst virus facing not only Cuba but all the peoples of the world.