Ankara and Moscow together will enable peace between Armenia and Azerbaijan 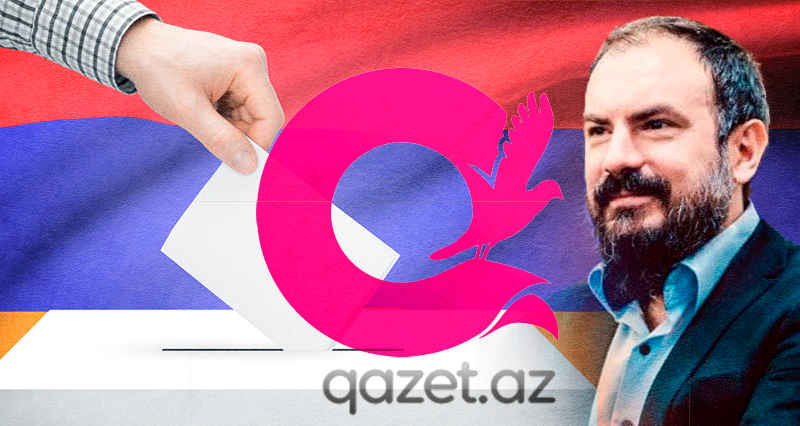 On July 9, United World International expert Mehmet Perinçek gave an interview to the Azerbaijani news outlet qazer.az on the recent developments in the Southern Caucasus.

Perinçek commented on the recent elections in Armenia, Turkish-Russian cooperation and regional initiatives to reach lasting peace and stability.

Below we document the interview as published by qazet.az.

Turkish political scientist Mehmet Perincek stressed that the meeting between two leaders could be of importance for Turkey, South Caucasus, and creating peace in the region

During the meeting, the Russian leader congratulated Pashinyan on the occasion of victory of the party led by him in snap parliamentary elections, the Kremlin reported.

Speaking to Qazet.az, Turkish political scientist Mehmet Perinçek stressed that the meeting between two leaders could be of importance for Turkey, South Caucasus, and creating peace in the region.

“As you know, Pashinyan won the election by a clear margin,” he stated. “The opposition in Armenia is the enemy of Azerbaijan and Turkey. These were the forces opposed to the normalization of relations between Turkey and Azerbaijan with Armenia, trying to prevent the implementation of the ceasefire agreement that was signed on November 10, 2020.”

According to Perinçek, the people of Armenia did not vote for them because they did not want the ‘revanchists’ to come to power.

The situation in Armenia suggests that Pashinyan and his voters are interested in peace. “Armenia’s interests also go through cooperation with Turkey and Azerbaijan,” Perinçek continued.

“In this way, they can solve the economic and political crisis, as well as social problems. This can be achieved only by ending hatred and normalizing relations with Azerbaijan and Turkey. Pashinyan’s successful election was essential to complying with the terms of the November 10th joint declaration and solving the remaining problems. The issue with Khankandi, (an internationally recognized city within the borders of the Republic of Azerbaijan, capital of the unrecognized Nagorno-Karabakh Republic) the border demarcation, the process of exchanging prisoners, the return of the Azerbaijani refugees, the problem with the mined territories, etc. Pashinyan’s victory is more expedient in order to settle the problems that remain unresolved in this period.”

Pashinyan’s victory is in Russia’s interests

For Russia, Pashinyan’s victory in the election campaign came in handy, because Moscow does not accept the ‘revanchist’ and ‘aggressive’ policy of the Armenian opposition. Russia being the guarantee of a joint agreement gives grounds to say so. If the opposition came to power in Armenia, Russia would be in a difficult situation. We can clearly say that the Kremlin is pleased with Pashinyan’s victory. Pashinyan and Putin made this clear during their meeting.

Moscow will take new steps in mediation between Baku and Yerevan

Along with Pashinyan’s visit to Moscow, new steps will be taken regarding Moscow’s mediation between Baku and Yerevan. During the meeting between Putin and Pashinyan, Russia’s role in mediation was also discussed, such as the transfer of captives, maps of mined areas to Azerbaijan, and the observance of the ceasefire on the border. These issues will pave the way to the implementation of the articles of the ceasefire agreement dated November 10, 2020, which resulted in the stability of peace in the region and the victory of Azerbaijan.

Mehmet Perinçek believes that a political convergence between Ankara and Moscow will happen in the near future, which is aimed at promoting the peace agreement between Azerbaijan and Armenia.

“Joint Russian-Turkish Monitoring Center to control ceasefire also plays an important role here. In the future, the role of Ankara and Moscow in resolving the problems between Azerbaijan and Armenia will increase. They will be key in the process of signing a peace agreement between the two countries,” he added.

Although the demarcation of borders and the signing of a peace agreement are expected in the near future, it is not ruled out that the Armenian opposition will play ‘small games’ in order to prevent this.