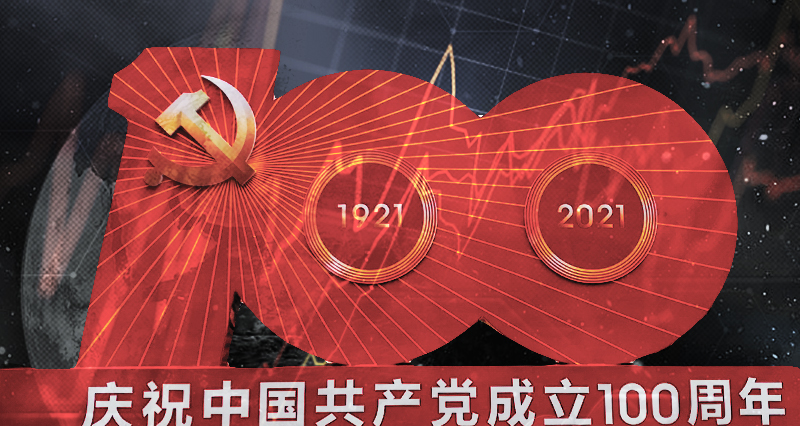 Our great prophet Mohammad (PBUH) said that we must “seek knowledge all the way to China!” The leader of the Islamic Revolution states the importance he attaches to science in regard to this quote. Today, we see the need to fulfill the duty given with these virtuous words. Of course, scientific advancement doesn’t fall from the sky. It emerges as a product of human labor, organization and effort. At this point, we are celebrating the 100th anniversary of the Communist Party of China, which has created the Chinese miracle.

The CPC as the architect and porter of modern China

After a century of foreign armies trampling on China (1839 – 1949), today, China is a country no other country dares to attack. The people of China began to seal the fate of the country after 1949. China has fully gained its national independence and been fortified. This was easier said than done: it was the greatest revolutionary leap the world saw over the past century. China’s successes since the revolution of 1949 are so great, they didn’t only change the world, they also forced each progressive person to think about China. Such a change can only be compared to the 1917 Bolshevik Revolution, the “10 days that shook the world”. The October Revolution has transformed the world and ushered a new era. It determined the deployment of opinions across the globe.

Today, humanity has a choice. While the CPC became the architect of modern China, it also built hope for all oppressed humanity.

China’s social and economic success is on a scale that has never been seen in another country in the history of humanity. Revolutionary China has realized the greatest transformation in history. It has developed the success to improve the lives of the greatest number of people in the history of humanity. Moreover, it has done this in only 72 years, a single human lifespan. In 1949, China was nearly the poorest country in the world. According to the Morrison calculation, only two Asian and eight African countries had a lower per capita income than China. Today, China is the largest economy in the world in terms of purchasing power parity.

This success is not only economic, not even primarily so. The most important outcomes are the giant advancements in people’s quality of life, life expectancy, education, culture and the opportunity of the individuals to make real choices in their lives and countless other aspects of human prosperity. The CPC has elevated 1 billion and 400 million people, about one fifth of the world’s population, to the upper levels of prosperity. The Chinese, who were seen as the most underdeveloped people in the world in the past, now have the most advanced standards of life and they inspire the world in terms of modernization. China’s success against the COVID-19 pandemic, which has devastated capitalist countries, astonishes everyone. This is because they have a state policy to put human health first. Hence, the World Health Organization has declared two days ago that it has certified China as a malaria-free country. In 70 years, China has gone from 30 million malaria cases to zero.

It recently attracted a lot of attention by reducing the population under absolute poverty and solving a thousand-year old rooted problem. Under the CPC’s government, China saved 835 million people from absolute poverty since 1978 according to international classification. Thanks to this leap of China, three people out of four were saved from poverty.

Today, the world is taking a position according to the success of “Chinese socialism”. Due to the giant scale of the success of China, each political movement in the world is obliged to define itself in relation to China. This reality will make itself known more and more by each day.

84% of the world population live in developing countries. If these countries could provide the things that China achieved for their people, most of the problems facing humanity would be solved. It is clear that the giant leap of China will be seen as the giant leap of humanity in history.

We cannot overlook the social system that provided for taking this great step for humanity. China’s success is living proof of socialism’s precedence over capitalism. Socialism gave life to China, and China improved and reinforced socialism.

The left-wing and socialist parties in the world must understand how China succeeded in implementing scientific socialism in its own conditions. Therefore, if they fail to improve themselves, they will probably be late to understand one of the most amazing facts in the history of humanity.

Slogans like “No to America, No to Russia, No to China” are ridiculous because they mix up the allies and enemies in the international arena and also when we think about the prosperity and growth of humanity. These approaches are far from being well-intended and also serve no goal other than confusing people. Some so-called “objective” groups try everything to hide China’s great success. They overlook the fact that the rise of China also rises the Asian civilization and that this is a rise in terms of humanity.

Again, China has saved 853 million people from poverty, which is more than twice the population of the USA and also more than the total population of the European Union and the Latin America. With what rationality can we equal such a country with the US, the headache and bloodsucker of humanity?

Turkey has to free itself from the chains of the Atlantic in order to provide for its national unity and to carry out the production revolution. Here, internal conditions would be the determining issue, however, we can achieve success when we can establish the domestic front in the right way.

The rise of Asian civilization heralds a holistic victory. It also keeps the duties and responsibilities of Turkey in agenda. Until today, Turkey has always expected the ones who caused the fire in its home to extinguish that fire. For example, we asked for the support of the USA and NATO, which created PKK in the first place, to help fight against separatist terrorism. This ended in disappointment. Today, there is a different framework contrary to the previous conditions, Turkey is healing the diseases and calamity produced by the Atlantic with the opportunities created by the rise of Asia, of which China is the engine.

The economic success of China has changed a lot of rules in the world economy and started to redefine them for the benefit of the developing countries. The Chinese leap also acts as a beacon of hope for Turkey to compose itself in the 21st century and to take leading roles.

The creation of the welfare states in Western Europe largely occurred due to the effects of the victory the USSR had over fascism, causing the spread of fear from socialism through Western Europe. This was a huge development according to the world’s level of development at that time. However, compared to the improvement in the conditions of humanity that was created by the socialist China, even this looks small.

While implementing socialism adapted to its own reality, People’s Republic of China also becomes the hope of the nations who are oppressed by the US imperialism. Those who desire to cut off China’s global success are trying to defame China by showing it at the imperialist front.

The development through sharing approach China implements domestically and internationally and its fight against inequality closes the doors to return to capitalism and this is the greatest assurance for humanity against hegemony. The People’s Republic of China will not be a hegemonic country, because it insists on building socialism. Moreover, China has the largest contribution to wiping off the hegemony from the face of the earth.

Conclusion: “to go beyond the modern civilization”

The lessons of the Chinese experience are as vital for Turkey as for countries like Venezuela, Brazil, Bolivia, Ecuador, Argentina and all other countries fighting for a progressive and socialist regime. China’s great success shows that socialism works. Not as a dream for the future, it brings great improvement to life conditions as a practical solution to today’s problems. On the other hand, as a result of the 100-years old effort of the CPC, China is also getting rid of the ethical approach polluted by capitalism. China’s great success and its material and non-material rise are very valuable since they show how unjust the lies and slanders of anti-communists in Turkey are. Turkey will leave the psychological propaganda obsessions, remnants of the Cold War, behind in this great mobilization. Taking the producers, the workers at our hearts, trusting in the community, the need for socialism has now a solid base. The task given to us by the Great Ataturk is “To go beyond the modern civilization!”. Today’s modern civilization rises from Asia under the leadership of the CPC.

One response to “China’s success of historic dimension”