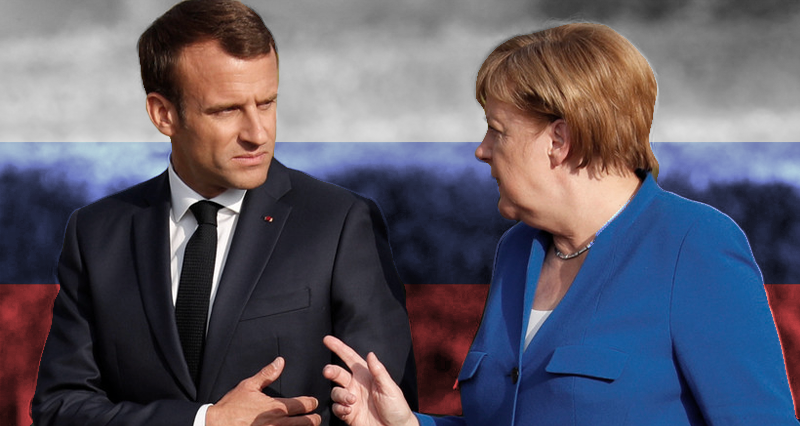 Following US pressure, the European Union (EU) has been imposing economic sanctions on Russia since 2014, on the ground that the latter was destabilizing Ukraine and had “annexed” Crimea. Germany and France have taken a different path from the United States in their relations with Ukraine and therefore with Russia and demanded on the recent EU summit to start direct meetings with the Russian president Putin. However, countries such as the Netherlands and the Eastern European countries have opposed this new proposal.

France acts in a strict cooperation with the United States in Africa, the Eastern Mediterranean and the Caucasus. And we can even state that they have taken the same side against China, with their policy of “separating” Russia from China.

The Importance of Russia for Europe

On the other hand, France stands on the side opposing the United States on many issues. I have repeatedly noted in my previous articles, that France opposes the idea of Ukrainian membership in NATO, which is a state policy beyond the current presidency. In this issue, Germany follows the same line as France. True, they do oppose the “annexation” of Crimea, however they are still in favor of a balance in relations with Russia through dialogues, for the security and the stability of Europe. Their dependence on Russia in energy resources such as natural gas and oil, and their trade relations are also among the important factors.

The refusal to accept the dialogue with the Russian President Vladimir Putin at the EU Leader’s Summit, seems to have frustrated the French President Macron: “We saw it a few weeks ago, President Biden met with President Putin. I said it to my friends around the table ‘he didn’t ask you for your opinion, and you, you watch him to have a summit and it doesn’t shock you? We are the odd ones out in this. I am not obsessed to have meeting with Putin and the 27 leaders of the EU. I don’t need a EU summit to speak to Vladimir Putin. I met with him multiple times since I became president, and I will continue to meet him.”

American pressures on the EU to impose sanctions

These two locomotive countries, which form the main bases of the EU, seem to not be able to have an impact on other EU countries when it comes to the American interests. France and Germany, which consider themselves the guarantors of the unity among the EU members, are now forced to implement the EU decisions on Russia.

For example, both France and Germany have opposed the economic sanctions against Russia that were implemented since 2014, but they have continued to comply with the sanctions resolutions in the end. And these sanctions were much more costly on these two countries, than it actually was for Russia itself. Two years ago, the Russian Foreign Minister Sergey Lavrov has spoken to the Italian newspaper Libero: “Today, the sanctions imposed by the bureaucrats in Brussels by a directive from the Washington DC, have returned back and hit the European manufacturers like a boomerang. They have now lost their upper hand position in the Russian market. However, the United States has barely suffered from these sanctions since we have such a weak trade volume with them. As a result, the United States lets Europe and the European people pay the price to solve its problems with Russia.”

Let us go back quickly; the US President Trump’s withdrawal from the nuclear deal with Iran, the relocation of the Israeli Embassy to Jerusalem, and the horrible atrocities of Israel in Gaza have brought the United States and EU countries up against each other. Of course, the Europeans were concerned about their own interests. The European countries, and especially France and Germany, have rapidly improved their trade relations and doubled or even tripled their investment in Iran after the nuclear deal. France and Germany have opposed the US embargo on Iran and the sanctions against any country that does not comply with the embargo and sought for a way around it.

As the Atlantic camp, which is led by the United States, is struggling to survive in the face of the rising Asian civilization, the locomotive countries of the EU, such as the nuclear power France and the economic locomotive Germany, are also finding themselves in a position against the United States, for the sake of their own benefits, and are looking for a way around.