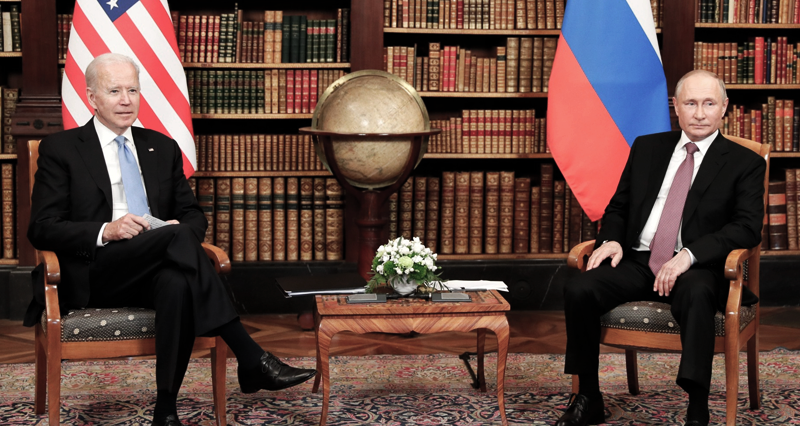 The new President of the US, Joe Biden, went abroad for the first time 8 months since being elected.

Biden came together with members of the Atlantic Alliance in different meetings and had the last meeting of his tour of Europe with Vladimir Putin, the President of Russia.

In summary, the outcomes from Biden’s meetings contained important clues on his approach to foreign policy:

1. Unlike Trump before, Biden has declared that he will implement a policy, which will prioritize the transatlantic alliance within the context of the classical US foreign policy. In the upcoming era, the US will try to reinforce its relations with the UK and EU member countries via NATO and other platforms.

2. Reluctant to lose its superiority in Europe, USA will possibly take actions to prevent the plans that EU countries carry out or will carry out for cooperation with Russia and China such as the Nord Stream or the Belt and Road Initiative. The Build Back Better World – B3W Project introduced globally as an alternative to Belt and Road and the sanctions towards the Nord Stream might be construed in this context.

3. Outcomes of the Biden – Putin meeting showcase that the US is looking for a new balance in relationship to Russia. It seems that the US might make compromises to Russia in order to sever Russian-Chinese / Russian – Iranian relations while taking steps in this direction to limit Russia in Europe and Especially Ukraine.

4. The situation in Afghanistan was brought forward again in Biden’s meetings. The US may use Afghanistan to destabilize Central Asia and therefore put pressure on China and Pakistan.

5. The Biden government started off with the staff from the Obama era, namely, the Secretary of State Antony Blinken, therefore, it will take a similar and insistent attitude in terms of nuclear talks with Iran. Biden’s strategy may be summarized as preventing Iran from acting as a block with Russia and China. Washington is likely to mellow its relations with Iran in the near future.

6. We can say that this will be a period when the Biden government will accelerate its policies for establishment of a “Kurdistan” in North of Syria and Iraq. Washington is likely to continue its military, political and economic support to PKK/PYD/YPG and similar terrorist organizations as well as bringing Masoud Barzani forward again.

7. The outcome of the meeting between Turkish President Recep Tayyip Erdoğan and Joe Biden is that the US will apply the carrot-and-stick method in relations with Turkey. It would not be wrong to say that actions aimed at weakening the Erdogan government will be more frequent if Turkey does not collaborate with the US. It can also be expected that the US will target the close ties of Ankara and Russia simultaneously over The Black Sea and Syria issues. We must state that Washington’s interest is to provide for Erdogan to continue in power with a loss of force rather than him leaving his position.

The messages that come out of the meeting between Biden and Putin suggest that the US is seeking a new balance with Russia.

In this context, it may be possible for the Biden government to target the political, economic and logistic channels through which Russia opens up to the West while also making limited compromises to Russia in the Middle East and Africa.

We can say that the strategy to prevent Russia from having to establish a block with China lies under the possible compromise/mellowing down of the US’ foreign policy.

This approach, which we might call inverted ping-pong diplomacy, may be summarized as the policy of isolating China by approaching Russia. We are in a period wherein Washington will focus on the conflict points between Moscow and Beijing.

Of course, Xi Jinping and Vladimir Putin will develop new strategies against these agitations and will take steps to prevent the US from infiltrating through the cracks.

The communion centered on the Belt and Road Initiative and the security and energy lines of Central Asia will be talked about more in the upcoming period as the vulnerable points of the cooperation between Russia and China.

The outcomes of the meetings of Biden Show that another country the US will focus on in its international relations is Turkey as well as Russia. Biden’s government is likely to target the relations between Ankara and Moscow, Ankara and Tehran and Ankara and Beijing and take steps to isolate the Erdoğan government in the international arena.

On the other hand, the cliques within the party in power and the opposition, which are close to the US might be deployed to create an atmosphere of relative mellow-down between Ankara and Washington.

The Black Sea forms the weak link in Ankara-Moscow relations over Syria and Ukraine. In the upcoming era, we might expect the US to get into provocations in these fields. There might also be steps to sever the Turkish – Iranian relations in the Syrian field again.

Another goal of the Biden government is to create clashes between Turkey and China especially through the issue of East Turkestan.

However, let’s not forget that the US is not what it was before and that it has lost the majority of its economic power.

The rise of the multi-polar World and the budding cooperation among Asian countries limit the movement capacity of the US.

On the other hand, we are talking about a country, the congress building of which was occupied by its own citizens and which is struggling with a severe economic crisis.

We are entering an era which will see Washington’s withdrawal from global domination accelerate.