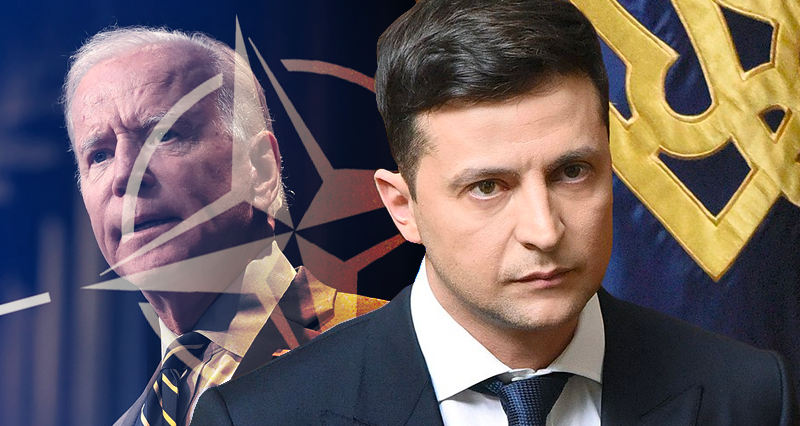 US President Joe Biden’s European tour and his meeting with Russia’s President Vladimir Putin in particular were monitored with great interest by Ukraine. However, both the events preceding Biden’s Europe tour and the tour itself created a feeling of disappointment in Ukraine with Biden on the one hand and a reaction in Ukraine among the pro Western circles toward Ukrainian President Volodymyr Zelensky.

As is well known, Ukraine has been in a state of war with Russia for more than 7 years. In February 2014, the then president of Ukraine Viktor Yanukovych was toppled by pro-western groups and soon after that, Russia, not recognizing the legitimacy of the new government in Kyiv (recently, on June 22, Vladimir Putin once again called those events coup d’etat backed by the West) and fearing that the new government might cancel the rent agreement according to which the Russian Black Sea Fleet was based in the Naval Base in Sevastopol in Crimean Peninsula of Ukraine, promptly intervened and with the support of a great part of the local population in the Crimaen Peninsula, took the control of Crimea conducted a referendum (which was boycotted by Crimean Tatars and not recognized by most of the countries) which officialized the “unification of Crimea with Russia”. This intervention and annexation was so quickly carried out that the new Ukrainian government had no time to resist. However, soon after that in March 2014, major clashes occurred in the Donbas region of Ukraine between pro-Russian armed groups and Ukrainian forces. Consequently, more than 14,000 people have died in that conflict so far.

Ukraine is of vital importance for Russia. This importance has historical, economic and geopolitical aspects. Russia’s President Vladimir Putin, a short time before Biden’s European tour, expressed the importance of Ukraine for Russia. He was quite clear, saying that if Ukraine becomes a member of NATO, their rockets will be much closer to the Russian border, and thus “the flight time from Kharkov or Dnepropetrovsk to Moscow would decrease to 7-10 minutes”. For this reason, he said that the question of Ukraine’s NATO membership is a “red line” for Russia. He argues that NATO membership for Ukraine would eliminate the territorial depth advantage of Russia.

Ukraine is mainly divided into pro-Russian and pro-Western regions: The southern and eastern regions have mainly Russian speaking and pro-Russian electorate, while the central and western regions have mainly Ukrainian speaking, pro western and (especially in the western most regions) anti-Russian electorate. However, these divergences are neither so minor as they portray in Kyiv (where they say that there are no significant differences among the regions, but just some politics provoke the situation), nor they are so major as it used to be portrayed in Moscow (where they portray Ukraine something like former Yugoslavia, where there are sharp differences and eternal animosity among the two banks of the River Dnieper).

Until the events of 2014, the two parts of Ukraine had stuck a balance. In some elections, pro-Western candidates would win, while in others, pro-Russian candidates. However, after the events of 2014, this balance disappeared. First of all, the regions which had the most ardent pro-Russian voters were either annexed by Russia (such as Crimea) or came under the control of pro-Russian armed groups (the occupied part of Donbas). As those places de facto went out of the control of the Ukrainian government, millions of pro-Russian voters who live in those regions also ceased to vote in Ukraine’s elections. This, of course, resulted in an increase of the weight of the pro-Western parties and politicians in the government controlled part of Ukraine. Secondly, as the two countries are actually in a state of war, few politicians dare to say that relations with Russia should be improved. Consequently, since 2014, Ukraine’s leaders have been mainly pro-Western.

Most of those pro-Western politicians of Ukraine believe that the only way to preserve independence of Ukraine is to become a member of NATO. Nonetheless, ordinary Ukrainians perceive membership of the European Union and membership of NATO, differently (unlike many other Eastern European countries, where supporters of EU membership also supported membership in NATO): According to the surveys, most of the population of the Ukrainian population supports attaining EU membership, while supporters have always classically been less than 50%. For this reason, while those skeptical about NATO defend organizing a referendum on this question, NATO supporters refuse to hold such a referendum.

In the early presidential elections in Ukraine in 2014, Petro Poroshenko emerged as the victor. From 2018 until the end of his office, he aligned himself with the anti-Russian, pro-Western and nationalist circles. His rival in the presidential elections 2019 (who ultiamately won) Volodymyr Zelensky was supported mainly by the voters of southern and eastern regions, who disliked the nationalistic approach of Poroshenko. After the election victory, in his first year, Zelensky pursued a pro-Western policy, yet, nevertheless, he had a distant attitude toward the NATO membership issue. However, since last year, he began to pursue a more pro-NATO position and in the beginning of this year, he suddenly asked the US administration why they have not yet offered Ukraine membership.

Since 2014, the pro-Western circles in Ukraine claim that survival of Ukraine is closely related with the Western support. In addition, those pro-Western circles claim that Ukrainian forces in Donbas region fight not only for Ukraine, but also for the whole Western world, the whole of Europe, against Russia. Thus, they demand support from the West in terms of EU and NATO membership. Nonetheless, neither the EU nor NATO are eager to accept Ukraine in the near future (if ever). While the states that have most anti-Russian attitude such as Poland, Estonia, Latvia and Lithuania advocate Ukraine’s membership in NATO and the EU (especially Poland perceives Ukraine as a buffer against Russia), countries of “the older Europe”, such as Germany and France, are sceptical on Ukraine’s membership in the EU and NATO and don’t conceal this fact.

The supporters of NATO membership in Ukraine had great expectations on Joe Biden’s presidency. When Biden said “the US is back”, this made them ever more optimistic. When Biden called Putin “a killer”, this raised their hopes ever more.

The first issue was the announcement that the Biden administration would remove sanctions from the North Stream-2 Project. This project plans to deliver the Russian gas via the pipelines that will be set below the Baltic Sea directly to Germany, thus bypassing Eastern European countries. In other words, this project, when realized, will completely end the transit role of Ukraine in the gas sector. Ukraine perceives this as a great threat, since first of all, end of the transit role means being deprived of a great yearly income from the transit of gas.

Secondly, ending the transit role means depriving the country of an extremely important trump card in relations with Russia. For this reason, Ukraine considers this pipeline project as a matter of life or death. The German Government, on the other hand, claims that this project has no political aspects and is purely economic.

For this reason, relations between Ukraine and Germany worsened and this is no secret, anymore (furthermore, the Ukrainian Government looks forward to the upcoming elections in Germany which will be held this September, hoping that the elections will be won by the Greens, which have an anti-Russian attitude). Removal of sanctions by Biden, under these circumstances, caused a great disappointment in Kyiv.

President Zelensky said “lifting Nord Stream-2 sanctions is a big defeat for the US and a big win for Russia”. The columnist of the newspaper Kyiv Post wrote that they had hoped that Biden’s victory in the elections would result in defence of Ukraine in the world but that these expectations were not realized.

Another issue was the presence of the Ukrainian delegation in the coming NATO Summit in Brussels. The Ukrainian Government insisted that the presence of Ukrainian delegation at that summit would have had great symbolic significance. However, this request was ignored and nobody was invited from Ukraine to that summit. This, together with some other developments caused the allegations that Ukraine has been perceived in the world not as a subject of international relations, but only as an object and that the great powers were taking decisions concerning Ukraine without Ukraine’s participation. Biden’s meeting with Putin was also perceived from this point of view.

During the NATO Summit in Brussels, the NATO-2030 Plan was adopted. In the plan, it is declared that Ukraine in the future will be a member of NATO. This was presented by the Ukrainian Government to the public as an achievement. Russia, for its part, expressed its strong opposition. However, in this regard, there is no concrete calendar or road map for the membership of Ukraine: it is not clear when the country will become a member. For this reason, the NATO Summit has also been perceived as a defeat for the Ukrainian Government.

The pro-Western opposition to the Ukrainian Government blames President Zelensky for this defeat. They claim that Zelensky’s inability to implement the necessary reforms is the real reason for the situation. However, many of the experts say that the recent events have shown that in the case of conflict with Russia, Ukraine will have to count on its own strength, not on the support of the West. In this way, these summits have shaken the belief that the West unconditionally supports Ukraine. We can also add here that the US and the EU do not wish to leave Ukraine to the zone of influence of Russia… but whether or not they are ready to adopt the country into their organizations is another question.