‘The Rise of Asia Geopolitics and Terrorism at the Threshold’ 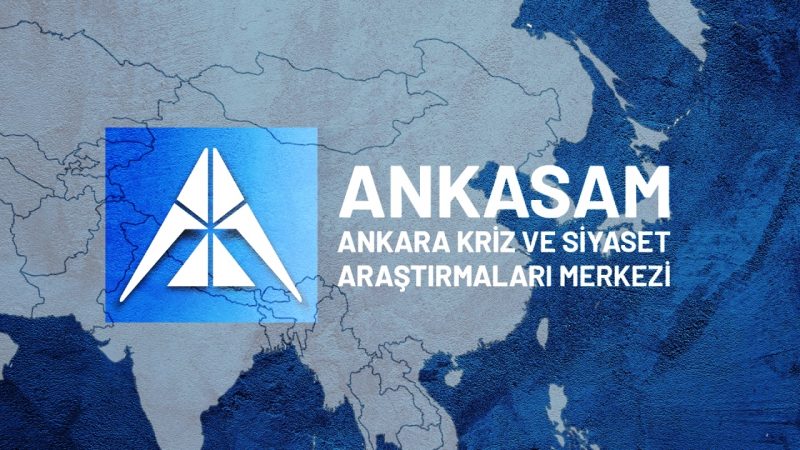 The influential Turkish Research Institute ANKASAM (Ankara Center for Crisis and Policy Research) has conducted an important international conference on Asian geopolitics and terrorism. Below we document the final declaration of the conference.

“International Conference on The Rise of Asia Geopolitics and Terrorism at the Threshold”, in which the recently accelerated global competition and regional cooperation opportunities in the Old-World Continent in the context of opportunities, risks, threats and crises as part of emerging Asian geopolitics were held in the form of online sessions on 22-23 May 2021.

83 participants from 26 countries participated in the conference, which was organized by Ankara Center for Crisis and Policy Research (ANKASAM) and was widely given a place in both national and international media.

Participants, including academics, ambassadors, retired soldiers, politicians and journalists from many countries; from the United States to China and from Kazakhstan to Sri Lanka, discussed the Asian-based developments and prepared this final declaration.

Asia, a continent which has hosted many civilizations throughout history; since the beginning of the 21st century clearly reveals that the continent has taken the initiative to determine its own future.

In this context, developments in international politics shows us that the playing field of the global power struggle has shifted to Asia. This hegemonic struggle for supremacy in Asian geopolitics, which draws attention as the center of civilizations and its economic capacity, human potential, has social, political, economic and military dimensions. The main actors of this competition are the USA, China and Russia.

China, which is currently challenging the global leadership of the USA and taking a central position in the process of the transformation of the international system to multipolarity, seeks ways to centralize its power which has increased economically and militarily day by day, including the Belt and Road Project. On the other hand, Russia, which has become an effective actor in world politics again, comes to the fore and interprets the stability of the continent as a part of its security. Moreover, many actors such as Turkey, Central Asian states, Pakistan, India and Indonesia are also increasing their global influence capacities with the rise of Asia.

There are various cooperation and reconciliation opportunities between the mentioned states. This indicates that developments in line with the interests of all actors and the community of the region can be collaborated rather than destabilizing the region due to uncontrolled competition. Because Asia has underground and surface resources that can meet the needs of both the peoples of the region and all humanity. The fact that the continent is a geography where ancient civilizations emerged also brings opportunities for cultural cooperation.

The main instability factor limiting the emerging Asian geopolitics is the developments experienced in the geography of Afghanistan, which has the risk of spreading to all the countries in the region. For this reason, establishing permanent peace in Afghanistan is one of the most significant current needs of humanity.

It is obvious that the ancient lands of Afghanistan, which were exposed to terrorism, drug trafficking and military interventions, have been struggling with various problems for many decades. In order for the aforementioned geography to achieve prosperity, peace and stability, it should not be exposed to external interventions, the actors should be open to cooperation, a common will should be developed against terrorism, and regional/global actors should make an effort for permanent peace.

In addition, the participants emphasized the following topics in terms of cooperation opportunities in the emerging Asian geopolitics:

• Interventions by non-regional actors in Asia are increasing regional instability and conflicts.
• The fate of Asia should be decided by the countries in the Asian continent.
• Regional cooperation and policies based on mutual benefit should be supported by all states.
• Actors in Asia should act friendly with countries in other parts of the world in line with policies that prioritize common interests.
• The conflicts in Afghanistan and the risks of the conflicts in the Fergana Valley make it difficult for Asia to reach its potential. In this sense, Asia should be cleared of terrorist organizations, a suitable environment for proxy wars should not be created and counter- terrorism processes should be supported.
• In particular, common and rational policies should be determined against ethnic/separatist and religious radicalization and joint measures should be taken to prevent violence.
• The countries of the region need to make their economic and social dynamics more efficient, and in this context, they need to accelerate and strengthen their democratization and liberalization reform processes.
• Currently, Asia is a continent that will mark the next 100 years in terms of its potential. For this reason, it is imperative that all actors focus on building the future together by taking lesson from the experiences of the past.

We hope that the “International Conference on The Rise of Asia Geopolitics and Terrorism at the Threshold” organized by ANKASAM will contribute academically to the rise of Asia and peace building. As a result, we announce with this declaration that we will continue our activities, thinking that the conferences aiming at the development of a common mind will shed light on the future of Asia.