Crisis in Belarus: less space to manoeuvre for Lukashenko? 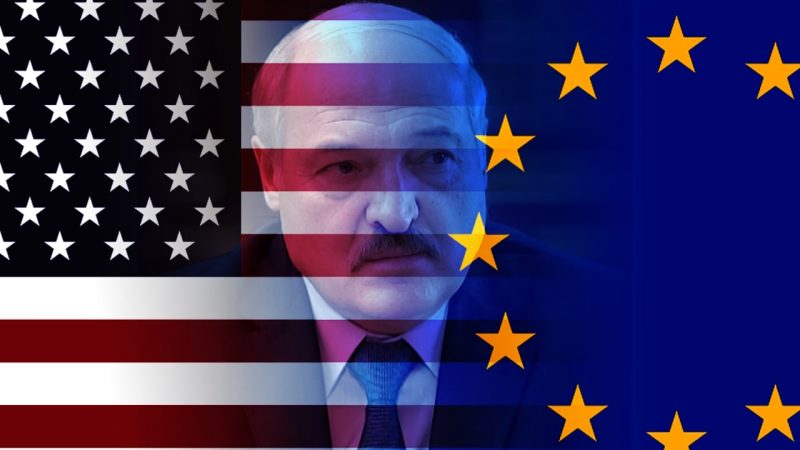 The political crisis in Belarus, which had been almost forgotten over the last few months, actualized again as a result of the incident with the plane of the Ryanair company and the detention of the activist Roman Protasevich. As it is well known, a plane of the Irish Ryanair company, which was travelling from Greece (Athens) to Lithuania (Vilnius), was forced to land by Belarus authorities while passing through the Belarus airspace. However, when the plane landed, Belarussian security forces rushed into the plane and detained the activist Roman Protasevich, together with her Russian girlfriend. After spending seven hours seven hours in Minsk Airport, the plane was finally allowed to take off.

The Reaction of the EU

This incident caused repercussions and harsh reactions in the West. At the ambassadors’ summit of the EU, which convened immediately after the incident, it was decided to ban Belarus airway companies from landing at airports in EU countries and to warn the airway companies of other EU countries to refrain from making flights to or through Belarus. This decision has quickly shown its effect: According to the statistics, the number of flights through the Belarus air space over the last two weeks have fallen by 40%. In addition, the European Parliament, which convened on 10 June adopted a resolution condeming the act of the Belarus authorities, says that the Belarussian authorities “abducted an EU civilian plane”, and that this was a “hijacking action” and “an act of state terrorism”. Further, the European Parliament recommends EU authorities impose harsh sanctions on Belarus. The proposed sanctions include temporarily excluding Belarus from the SWIFT payment system and introducing sectoral sanctions. As is well known, the decisions of the European Parliament are only recommendations. Moreover, it is not expected that the EU will decide to exclude Belarus from the SWIFT system, since such a move would be a harsh blow not only to the high level politicians and state authorities of Belarus, but also to to the wider parts of the population (The EU aims at “punishing” only the top level Belarussian politicians and authorities). Nonetheless, it is certain that some new sanctions are on the way. The US State Secretary Anthony Blinken had already announced that their attitude toward the recent incident would be in coordination with the EU.

It is also worth saying a few words about Roman Protasevich: in some press organs, he is called an “oppositionist journalist”, although his detention and subsequent arrest is not related with journalism. Protasevich was one of the co-founders of the telegram channel “NEXTA”, which had organized mass protests in Belarus, following the presidential elections on August 9 of last year. Those protests took place in all of the cities of Belarus and in August and in September, many people believed that the days of Lukashenko’s rule were numbered. However, as a result of many factors, Lukashenko has managed to control the situation. First of all, the opposition was lacking in a charismatic leader (the main candidate of the opposition at the presidential elections Svetlana Tikhanovskaya is not considered by the majority of the protestors as their leader; moreover, her candidacy was coincidental). Secondly, Lukashenko took harsh measures in order to prevent a repeat of “maidan” (the 2004 and 2014 revolutions that occured in Ukraine). Thirdly, after taking to the streets for months without a concrete result, the protestors got tired of demonstrations. The last (but not the least) factor was that Russia used to have strong ties with Belarus and it did not allow a repeat of the events of Ukraine in Belarus. Those demonstrations were largely organized by the aforementioned telegram channel Protasevich runs. As a result, he is accused of organizing turmoil and revolution. This of course does not justify any bad treatment to him, but he is accused of anti-government activities, not his thoughts.

A more surprising event became clear in an interview, which Protasevich gave to the Belarus State TV Channel while in prison. During the interview, Protasevich accused many of Lukashenk’s opponents of attempting a coup d’etat and offered “confessions”. Many of those who were blamed by Protasevich in the interview immediately left the country, fearing detention. Western political circles promptly, one after another, announced that that interview was taken when Protasevich was in prison and all of his expressions were certainly made “under pressure”. Apart from the discussion on whether those words were pronounced under pressure or not, one thing is certain: Protasevich will not become a “hero” for the government’s opponents and the West now.

Meanwhile, the main candidate of the Belarussian opposition in last year’s presidential elections Svetlana Tikhanovskaya (who is considered in the West as the main leader of the Belarus opposition) was welcomed by the Czech Parliament as the “president of Belarus”. She was also warmly welcomed by the President of Czech Republic Milos Zeman. The behaviour of the Czezch administration is undoubtedly related with the recent diplomatic crisis between Russia and the Czech republic, as a result of which both countries expelled each other’s diplomats. The Baltic states, which have the most anti-Russian and pro-American attitude, have also been treating Tikhonovskaya as if she were already the legitimate leader of Belarus. However, considering the tense relations between Belarus and Russia and the fact that the West (especially the US) does not have many tools to influence the domestic politics of Belarus, it can hardly be expected that the US and its closest allies in Europe will try to apply to a second Venezuellian scenario, where they might recognize the opposition leader as the legitimate president of the country. Moreover, Tikhanovskaya has been talking with resentment when she talks about the Western support: She says that the Western countries do not help the Belarussian opposition enough and she calls for harsher sanctions which will have very hard impacts on Belarussian economy. However, such calls from a politician in exile can hardly be met with sympathy from ordinary people in Belarus who would be directly affected by sectoral sanctions. It should be remembered that the calls of the Belarussian opposition for a general- country-wide strike last year did not obtain any results since most of the workers, although many of them attended the protest demonstrations, did not wish to cause harm to the country’s economy, as this would also cause harm to themselves. In this situation, at least for the upcoming few months, serious turmoil in Belarus can hardly be expected.

The Prime Minister of Belarus Roman Golovchenko, talking about the existing and probable sanctions of the EU and the United States, said that those sanctions will not have a grave impact on Belarus’ economy and Belarus will be able to switch to Russian and Asian markets, technologies and goods. At the same time, he warned that a break of economic relations will also cause harm to European countries. Indeed, Russia has begun to offer alternatives for Belarus (namely, for the state airway company Belavia, which has been deprived of flights to European countries). As Belarus is the only country among the western neighbours of Russia with whom Russia has more or less good relations and the only country on the western border of Russia preventing the American and Polish projects to isolate Russia from the Baltic Sea to the Black Sea (the so called “from sea to sea” project), Russia will do its best not to let Belarus get into the American sphere of influence. Lukasenko, for his part, unlike his speeches where he reiterated that he is intent on protecting the independence of Belarus from Russia, has recently said that Belarus would be “the fortress of Eurasia on the western border”. Up to now, Lukashenko has tried to maneuver between Russia and the West (Belarus has not recognized independence of the breakaway regions of Georgia, namely Abkhazia and South Ossetia, as well as the annexation of Crimea by Russia). Belarus had also refused Russia to have military bases on its territory. Nonetheless, those recent developments have shrunk the area of manoeuvre for Belarus. This may have impacts on the foreign policy of Belarus, and on the regional politics.