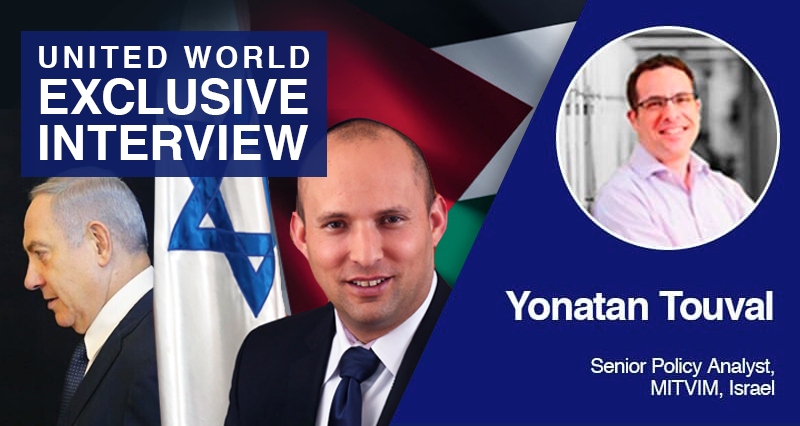 In Israel and Palestine, the outbreak of an increasingly violent situation was noted on 13 April 2021, when the Israeli police raided the Haram al-Sharif at the beginning of the holy month of Ramadan. In the following days, tensions reached an all-time high as the protests around the compound of the al-Aqsa Mosque coincided with continuing protests against the eviction of Palestinian families in the Sheikh Jarrah district.

On the 10th of May, Hamas and the Palestinian organization Islamic Jihad launched rockets to which Israel responded with airstrikes. The tension was by far the worst since the 2014 Gaza war, with heaviest rocket attacks especially from the Gaza strip and hitting several Israeli cities, including Tel Aviv. Until a ceasefire between Israel and Hamas came into effect on the 21st of May, almost 270 deaths were reported and more than 2000 were injured. Almost half of the casualties were civilians and the vast majority were on the Palestinian side.

The series of events mentioned above were not unusual considering the severe nature of the Palestinian-Israeli conflict, but this time violent clashes on the battlefield produced some unexpected results.

During the night of 10 May, Jews and Arabs who have lived as neighbours for ages faced unprecedented communal violence, which soon spread to other cities in Israel and the West Bank. Amid the latest flare-up of a decades-old conflict, the state of Israel has introduced a kind of rule of emergency against the Palestinian Arabs living in its territory for the first time since 1966. As a matter of course, these developments prompted us to echo a very bold question:

Is Israel on the verge of a civil war?

We spoke on the developments with Yonatan Touval, a senior policy analyst with Mitvim — The Israeli Institute for Regional Foreign Policies.

There seems to be a strong cleavage between Jews and Arabs in Israeli society. Can calm be restored, where is Israel heading? Is there a risk of civil war? Can we say that the social contract has come to the brink of collapse?

Relations between Jews and Arabs in Israel are complex and multi-faceted, and in some respects also at a cross-roads. The eruption of inter-communal violence last month in the wake of the Israel-Hamas war was a very worrisome development, and it indicates the degree to which deep grievances simmer under the surface of seeming coexistence.

This is not the place to elaborate on all the reasons for the tensions between Jews and Arabs in Israel. The basic ones are obvious and well known. What I can say is that even as the recent spate of violence may suggest that relations are at a low point, the larger picture is more intricate and includes also some promising developments.

The most significant development has been the readiness of the Israeli democracy to normalize the participation of non-Zionist Arab parties, as evidenced by the historic signing of a coalition agreement with Raam, an Islamist party. This is unprecedented, and reflects, at one and the same time, a growing pragmatism on the part of Israeli Arab leaders, who are willing to join and participate in Israeli politics from a position of shared responsibility rather than (as has been to date) opposition; and greater acceptance on the part of the Israeli political system, including the right-wing side of it, of Arab political participation in a governing coalition.

Obviously, the real breakthrough in relations will happen if and when Israel reaches a two-state solution with the Palestinians. It is hard to predict exactly how such a development will affect Jewish-Arab relations within Israel itself, but as many Israeli Arabs identify themselves (at the national if not civic level) as Palestinian, a peace agreement between Israel and the Palestine should, on the whole, at least mitigate some of the deepest grievances felt by Israeli Arabs toward the Israeli state. That said, other steps to improve relations must be taken, as social and institutional discrimination against Israel’s Arab minority (manifested most clearly by the unequal distribution of resources and funds) is deep and systemic.

During the latest Israel-Hamas conflict, in addition to the attack on the capital — it was the first time that Jerusalem was targeted by rocket fire since the 2014 Gaza war. Hamas, with self-evident external support, is seen to develop its capacity with 120 km range A120s along with 250 km range Ayyash 250s of which appears to be the longest-range projectile ever fired by a Palestinian group into Israel. How do the Israeli security and intelligence circles evaluate these developments?

Naturally, the Israeli security establishment is viewing these developments as worrisome, though Israel has clearly and demonstrably kept pace with these developments, and countered them effectively. Still, Hamas’s improved capacities mean that Israel is now insisting on making changes to the arrangements that were in place before the outbreak of the recent hostilities. This pertains especially to the direct money transfers that were made by Qatar, and which Hamas was able to use as it saw fit, including for the purpose of funding the smuggling (mostly through Sinai) and production of arms and military-related capabilities.

US President Joe Biden has already left 100 days behind in power. How is the new administration’s Israeli policy welcomed in Israel?

There is no consensus here on Biden’s Israeli policy. The general principles, calling for a two-state solution, are acceptable to most Israelis, though not to Israel’s right-wing politicians. In fact, the first real test came only last month in the form of the gradual pressure that the Biden administration exerted on Israel in order to force an agreement to a ceasefire in Gaza – pressure that Israel did not really object to, as it too sought to end the fighting. The real point of contention, however, at least vis-à-vis Israel’s current government, focuses on Iran.

Prime Minister Netanyahu strongly opposes any new deal with Iran, and has already ruffled a few feathers in Washington by declaring that he would risk “friction” with Washington over Iran if he thought it necessary.

That said, Netanyahu’s position on Iran does not reflect that of Israel’s military and intelligence community at large, where many are in favour of Washington’s efforts to reach a new nuclear deal. The same goes for Israel’s political class, and a Bennett-Lapid government, if formed, will likely be more open-minded about Washington’s efforts on this issue and take its guidance from Israel’s intelligence agencies, which by definition tend to be more nuanced and less dogmatic.

It is said that Yair Lapid, who seems to have a very bright background, may be the new leader of Israel. What is your general impression of him? Can you describe the profile of his support base in terms of their social and political identities?

Yair Lapid appears to have succeeded in cobbling together a coalition government comprised of eight parties – two centrist parties (one of which is his own Yesh Atid, the other Blue and White), three right-wing parties (Yamina, New Hope, and Yisrael Beiteinu), two left-wing parties (Labor and Meretz), and one Arab-Israeli party (Raam). His success depended on a major concession – agreeing to a rotate the prime ministry, with Yamina’s head Naftali Bennett holding the office first and Lapid second. So we are talking, at the very least, about a two-headed government, in which Lapid will be the head of the center-left bloc within it, and Naftali Bennett that of the right-wing bloc.

A centrist liberal and former media celebrity, Lapid is a rising figure in Israeli politics – one who is proving to be increasingly adept at manoeuvring the political landscape. He enjoyed an impressive entry into politics in the 2013 elections, when his newly formed Yesh Atid party (meaning “There is Hope”) won 19 of the 120-seat Knesset, making him the second-largest party after Benjamin Netanyahu’s Likud. His strong position enabled him to play a power broker role in the formation of Netanyahu’s new government, which Lapid chose to join as finance minister. The partnership with Likud, however, collapsed within a year and a half, and Lapid and his party moved to the opposition. Since then, he has served in the opposition, where he has shown himself to be an effective politician advocating for a staunchly liberal agenda domestically and a moderate one externally.

In the Israeli context, Lapid’s liberal agenda means advancing greater separation of religion and state, a stronger judiciary, right-wing economics, and support for civil rights (including LGBT marriage and adoption and equality). Lapid’s moderate stance externally means middle-ground positions on the Israeli-Palestinian conflict (he supports a two-state solution but holds hard-line positions on the most controversial issues of Jerusalem and refugees). His position on the Biden administration’s efforts to reach a new nuclear deal with Iran is unclear, and is probably not fully formed. For these reasons, Lapid’s supporters are by and large non-ideological middle-class, secular and liberal Israelis.