The global leap of Scientific Socialism 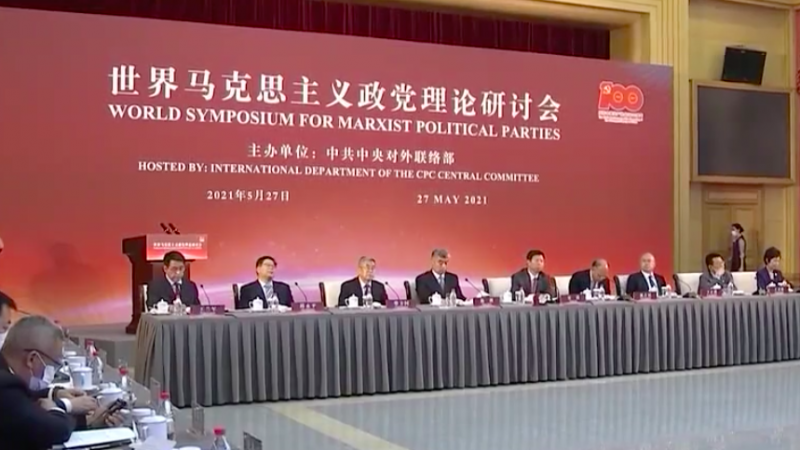 The Communist Party of China’s convention of a “World Symposium for Marxist political parties” has constituted a historic reunion that is going to shape the 21st century. 28 political parties from 6 continents, all guided by scientific socialism, have presented speeches. All these speeches had a hopeful view on the future in common. There was a complete consensus to construct the Marxism of the 21st century. World Marxist parties united in the approach of a “human centered socialism”. All parties have emphasized that scientific socialism will be the guide to solve humanity’s problems in the 21st century.

The symposium has not displayed any empty speeches of classes without target or spirit, which one frequently encounters in such gatherings. The representatives of the CPC have emphasized Marxism more than ever, indicating that the “Socialism with Chinese Characteristics in a New Era” has entered a new, more revolutionary wave.

The Secretary General of the CPC, Xi Jinping has sent a message to the symposium, announcing calling for a lasting cooperation between the CPC and different Marxist political parties around the world. This message was both new and important.

This call and the speeches of the CPC representatives in the symposium signal the foundation of a new kind of international solidarity between the CPC and Marxist Parties.

Between 1980 and 2005, the CPC was prioritizing and establishing relations with governing parties in different countries, without caring whether these were Marxist or not.

Another important aspect that the symposium displayed was, that the division between the world’s socialist parties, which emerged in the 1060s, has been overcome. The political parties with great tradition that have cooperated in the past with the Communist Party of the Soviet Union who had a hostile stance towards the Communist Party of China are united under the banner of the Marxism of the 21st Century today.

The Vatan Party Chairman Doğu Perinçek’s presentation was chosen as the closing speech of the symposium. This choice indicates the central aspect of the symposium. In a very essential and shining speech, Perinçek has outlined very clearly why Scientific Socialism will be humanity’s hope in the 21st Century.

(United World International will present Perinçek’s speech on the symposium in the coming days.)

Explicit thanks from the CPC to Perinçek

The Deputy Minister of the CPC’s International Department, Chen Zhou expressed his thanks to Perinçek at the end of the symposium and stated: “I thank all the participants for the most valuable speeches. Marxism is the guide in the humanity’s path to liberation. Marxism is necessary to build the community with a shared future for mankind.”

We are tied to the principles of Marxism strongly

We have to focus on our people’s happiness and the exchange of experience between party and government leaders. The CPC stand ready to share its successful experience in fighting the pandemic and the poverty with the world’s Marxist parties.

We need to renew the Marxist theory constantly. We need to reflect the mankind’s and community’s shared progressive values. With the Belt and Road Initiative, the CPC follows the goal to build the “Community of a Shared Future for Mankind”.  In that context, we are ready to build the Marxist theory in the 21st Century. We need to strengthen international cooperation and resist together the new hegemony and the “New Cold War”. The CPC stands ready to strengthen cooperation with the world’s Marxist parties and raise the voice jointly on the international level. We will continue to reject conflict and establish a multipolar order.”