“The Israeli social contract crumbles along with the Zionist narrative” 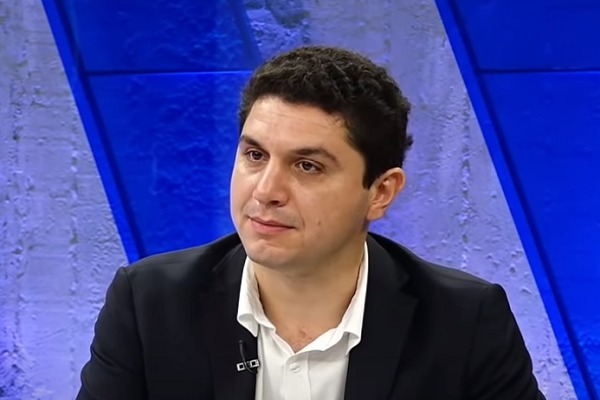 The interviews can be read in Russian languange here and here.

Below we document the full interview.

Ali Erbaş, The Turkish Diyanet’s head, delivered an Eid al-Fitr sermon in a black robe and with a sword to show his solidarity with the Palestinians and Al-Aqsa. Can you tell us about this tradition and what it might mean in the context of the Palestinian-Israeli conflict?

As the principle of laicism in the Constitution of Turkey dictates, the Directorate of Religious Affairs is a state institution.

The main objective of this institution is to regulate the religious affairs within the Turkish borders in the name of the state.

This institution occasionally makes supportive statements in parallel with the foreign policies of Turkey in the face of important events around the world.

The statements made by the Directorate of Religious Affairs about Palestine and al-Aqsa are made in parallel with the foreign policies of the Turkish government.

Alongside the Directorate of Religious affairs, many officials from the government, the opposition and other institutions in Turkey have also agreed upon condemning the Israeli aggression against the Palestinians and against al-Aqsa, which bears holy importance for the Islamic world.

The speech of Ali Erbas is in parallel with the government’s policies on the topic: matters related to the black robes and the sword are up to the government.

Two days ago, rallies took place in Istanbul, where among other things there were demands to order military forces into Palestine. Meanwhile, Erdogan said he would stand by Jerusalem (meaning Palestine) just like it stood by Azerbaijan. Will there be any action to follow?

There have been reactions from numerous groups within Turkish society against the Israeli occupation and the aggression on Palestinian lands.

These reactions have not only come from groups that are close to the government, but also from socialists, left-wing groups and nationalists, who have gathered and are still gathering for demonstrations against Israel.

The idea that the Israeli-Palestinian issue can be reduced solely to the religious context is extremely erroneous.

The issue is very simple.

Israel is the military pioneer of the US in the region, and the ongoing Israeli occupation and aggression against Palestinian lands today not only threatens the Palestinians themselves, but also all countries of West Asia.

In context of the most recent events, although many statements came from the government officials in Turkey, no solid step has been taken in reaction.

Kurecik Radar Station, which is located within Turkish borders, is at the service of NATO. This radar station serves an early warning purpose against ballistic missiles. It is an indisputable fact that Kurecik radar station – which is under NATO control – is providing military intelligence for Israel.

The government has not yet taken steps against the use of this station, while economic and trade relations with Israel are also continuing.

The governments in the region, including Russia, have to take steps in accordance with an understanding of Israel’s strategic importance for Washington.

The alternative is that the American specter continues to haunt West Asia and Eurasia unabated.

We are aware of those who oppose the Zionist policies of Netanyahu and those who support a route of cooperation with the regional countries in Israel– the remedy to the situation in Israel would be through strengthening of such politics.

As the most recent clashes show, even the resistance movements in Gaza, which have maintained their presence under a relentless embargo, have managed to gain a psychological upper hand against Israel.

The ceasefire also indicates the partial withdrawal of Israel.

Israel is clearly not invincible, and this situation has further clarified that the US has been losing its former power in recent years.

Zionist policies have been shattered. The “social contract” in Israel, where 20% of the population consists of Arabs with Israeli citizenship, is crumbling. Israeli Arabs and Israeli Jews are clashing in almost every corner of the country. The ongoing “low-intensity civil war” is a precursor to the collapse of Netanyahu’s regime.

Solution: Joint action against Israel and support for groups within Israel that oppose Zionism

The solution to the Palestinian issue can be achieved by:

1. A joint decision to take action against Israel by the countries of the region, including Russia,

2. showing support for the groups within Israel that oppose the Zionist policies and groups that advocate for cooperation with the regional countries.