“Iran is proud of supporting the Palestinian Cause” 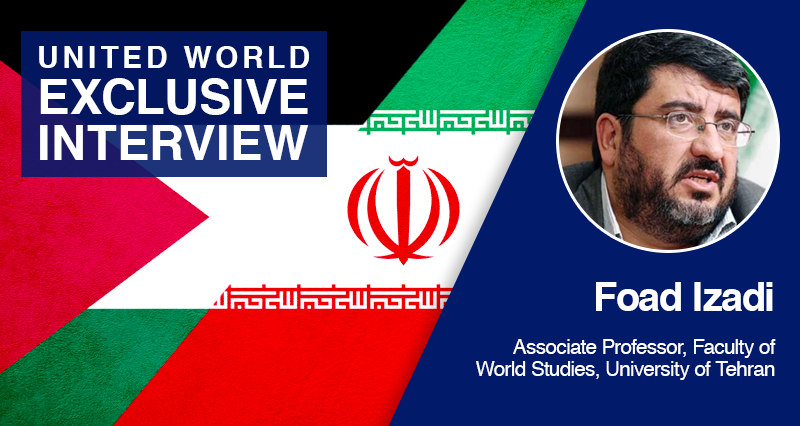 Recent Israeli aggressions and Palestinian response brought the role of Iran as a supporter of various Palestinian resistance groups into the focus again.

What are Iran’s current actions in support of the Palestinian Cause?

Bismillahirahmanirahim (In the name of God)

Iran supported the Palestinian Cause financially, militarily and politically

The know-how, technology and some necessary materials for the missiles, which the Mujaheddin in Gaza are using to defend themselves, all come from Iran. Leaders of Islamic organizations like Hamas or Islamic Jihad have always thanked Iran for this support. They visit Iran frequently and meet Iranian leaders. And they appreciate the fact that Iran helps them not only financially but also militarily.

This support changes the course of the conflict in favor of the Palestinian people. For example, last night, a large number of missiles were launched for the first time against Tel Aviv. The advanced range of the missiles is result of the support that Iran has provided.

Besides of financial and military help, Iran also provides political and cultural support. The result is a situation where the Palestinian struggle probably would not survive without Iranian support after all these years of US pressure.

West has tied sanction lifting to decreasing support for Palestinians

So, although the support for the Palestinian Cause has been costly for Iran, Iran continued with it due to the suffering of the Palestinian people and the principles of Islam.

Does Iran consider organizing any regional/Islam Conference to handle the Palestinian issue? In which context and with which suggestions?

And they held an annual conference with participation generally from Muslim countries. Here, Iran is playing a leading role. Americans and Israelis are quite active to stop other countries from participating.

Iran has established another organization too that works for proximity of different Islamic schools of thought. The main issue of this organization is the Palestinian Cause, to provide that this is one of the areas that Muslims can agree on.

And Ayatollah Khamenei very frequently speaks on the issue of the Palestinian Cause. And in response to the developments of the past weeks in Al Quds, Iran has elevated its supportive activities even more.

There is a proposal in Turkey to organize a regional conference on this issue. How does Tehran evaluate this proposal?

Iran welcomes and supports all the activities in favor of the Palestinian issue, wherever they take place, be it in Turkey, in Iran or other countries. Generally, these types of events are organized by organizations that are closely connected to Iran.

“Iran supports all international events in favor of Palestine”

The International Quds Day is commemorated in Turkey in a significant way too. Our Turkish brothers and sisters have on their own also done a lot of work on the Palestinian Issue. Not only Turkey but all countries should increase their level of support in light of the events of the past weeks in Palestine.

Will the new clashes affect the negotiations between Iran and the West on the nuclear issue?

One reason for the difficulties in the nuclear issue is Iran’s support for Palestine. Western governments and the Americans want to pressure Iran for a number of reasons.

And here they need an excuse. They know that Iran is not making a nuclear bomb. If you take a look at the writings of the US intelligence community, you will see that they are already aware of that. They confess that Iran does not have a nuclear weapon program.

So why do they pressure Iran? Why did Trump cancel the agreement? They say that Iran is engaged in malign behavior. When you ask them what this malign behavior is, they answer: ‘Iran is supporting Palestinian terror groups’.

So they label those Palestinian organizations that resist occupation as ‘terror groups’. And they label Iran as a country that supports ‘terrorism’.

Iran’s full support for the resistance will have an effect on the nuclear negotiations. The Israeli lobby will work harder to cancel these negotiations. Because they think that if the negotiations succeed, Iran will have a greater access to financial sources and be able to sell more oil. And they say ‘if Iran sells more oil and has more money, it will give more to the Palestinians’.

So, the Israeli lobby wants to cut of Iran’s oil sales in order to cut of its support for Palestine. So this is going to affect the negotiations in a negative way. But as I said, this is not new for Iran. Iran has been suffering from these sanctions since the last 40 years.

One reason for these sanctions was Iran’s support for Palestinians, which the Iranians are proud of. It is OK to suffer from sanctions if that means to be able support the Palestinian Cause, because the latter is our responsibility.