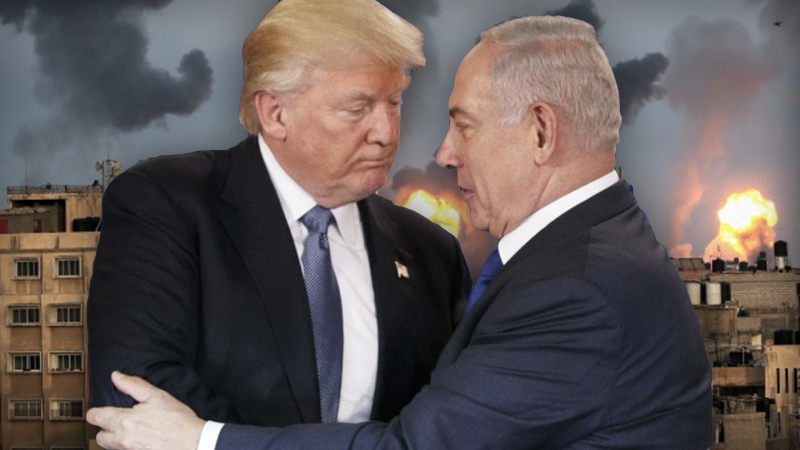 Usually I don’t see TV news. I did an exception and I followed the English program of the German state television DW at 8.00 pm UTC time (23.00 Athens time) on May 12th.

Crisis periods are extremely useful if you want to understand who is really controlling the media. In “usual” periods, media are provided, by those who control them, with much more margins of maneuver, than during “usual” periods. But their masters cannot let them use such freedoms in cases very important for them. This is why the attentive reader or viewer can understand easily who controls media by observing carefully their reportages and comments during periods of crises. Provided he has access to alternative sources of information, he is using his mind and he bothers to make such comparisons.

In the case of the Deutsche Welle TV news in English (May 12, 8 p.m. UTC), you did not even need to do any homework. The news bulletin has begun with the news about the Gaza crisis. The journalist presenting the news made an effort to pretend being objective. The TV showed us for example one of the three Gaza towers demolished by the Israeli air force. The journalist spoke about an Israeli child killed by Hamas missiles although he had some difficulty to count the dead children in Gaza and he did not have time to be informed about this man, his pregnant woman and their five – old year boy killed by the Israeli strikes. He did not seem to notice that the Israeli Air Force, trying to target the “Hamas terrorists” destroyed the main Gaza Desalination facility, built, if I am not mistaken, with the help and the money of the UN, thus depriving one and half million people of drinking water. As in Germany there is usually a lot of rain, maybe German journalists believe it is not so important to have access to clean water.

But the clue was not that. After having said what he had to say, the journalist invited the spokeswoman of the Israeli Armed Forces to say the rest. I did not count the minutes but I have the impression she has spoken as much as the journalist himself. I was waiting to hear the other side of the conflict, but in vain. No Palestinian spokesman. It came the second news item, which was a new episode of the “war of civilizations”, the attack in Kazan, Russia. Suddenly, DW was in love with Russians.

At that moment a new idea crossed my mind. Maybe the German elite is still so saddened by the horrendous crimes of Nazis against Jews, it thinks it is a proper way to express its sorrow by supporting Israel in applying some of their methods to Palestinians.

Who knows? After all human soul is an abyss.

The example of the DW we used is not a separate one. The same is true of the very great majority of western (and not only western) mass media.

Israel, a hidden superpower and the “War of Civilizations”

What we certainly know and we confirm time and again, it is the enormous, unprecedented influence of Israel, not only or in particular in Germany, but to many supposedly independent and strong states. Such an influence is not corresponding to a proxy- state of the Americans or to a Middle Eastern regional power, as Israel is often described. If we judge by the results of this influence, it corresponds rather to the possibilities of a “hidden superpower”, which is able even to dictate its policy to the “visible” superpower, something that happened in particular under Trump and also with supposedly strong European states, like France and Britain.

This influence is so big very few people want to speak about it. But by not speaking, you are finally unable to analyze correctly all the factors of the situation and thus fight against it. You just see fragments of the international reality. Partial truths serve sometimes only to hide the general picture and confuse you.

The “War of Civilizations” International

Mr. Netanyahu is not only an ambitious Israeli politician. He is the leader of a whole faction inside the establishment ruling the “wider West”. He has a cohesive strategy to propose for the whole of the West. It is called “War of Civilizations”, although it should be called “War on Civilizations”.

He and his friends (like Trump, Bannon, Bolsonaro, Modi, Salvini and many others) believe that War (and dictatorship) is the only way out for the wider West (including Israel) in order to continue dominating the world and even expand their domination. He and his friends have learned nothing from Waterloos and Berlins, from Lebanon and from Iraq.

They don’t understand and they don’t want to understand even the ultimate risk those policies bear for the Jewish people itself. They don’ understand how close triumphs and tragedies are. And they lack the courage of an otherwise merciless warrior like Yitzhak Rabin, assassinated because he signed the peace agreement with Arafat, who was also assassinated subsequently. They don’t understand that, after 1945, it is a luxury to play the domination games we use to play since the Neolithic Revolution and that our species has to find a way to stop them, if it wants to live and not die, in a not so distant future.

It is Netanyahu who lost in the last US elections. But he is not a man he will accept defeat, neither the forces behind and around him. In Jerusalem and in Gaza he is staging his counterattack against the forces around Biden. The forces around him are also exporting now “war of civilizations” to France, the “mother” of European Democracy, pushing it into a probable “pre-Trump” period.

He has an advantage compared to Biden. He knows what Clausewitz knew before him, that the generals who win great victories are those who change the rules. He belongs to the “Bolsheviks”, not to the “Mensheviks” of the world Counterrevolution. And that provides him with a certain and serious advantage.

Biden wants to stop his policies, but, unlike Netanyahu, he is more restricted in his actions by the very system he is presiding, its rules, its alliances, its perceived interests and its ideologies. He is also more restricted because he – and his administration – is very heavily dependent on the Jewish factor. The majority of the leaders of the Jews of the United States are against Netanyahu and his policies. But they don’t want to oppose him in ways which harm Israel.

Netanyahu knows that and this is why he and his people are engaging Israel into a war escalating every passing hour and day. He wants to create events with no reversible consequences and drag the United States into supporting Israel, out of fear of the consequences if it does not do it, in order to keep his own position as PM of Israel and torpedo any reformist policies of Biden. The final aim is to create the conditions of unleashing an expanded form of “War of Civilizations”. His path leads nowhere else than to world war.

This article was first published on www.defenddemocracy.press. For the initial publication clic here.