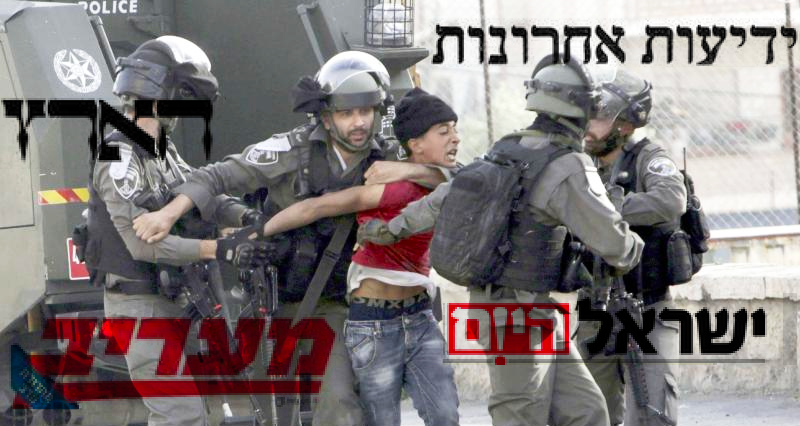 United World International has examined how the Israeli press access the recent clashes in Jerusalem and the south of the country.

The left-liberal Haaretz points that security institutions have warned the Israeli government about holding the Jerusalem Day, reminding the high tensions in the last years during the march. But Netanyahu, leading a “caretaker government, without legitimacy”, decided to act through the “prism of whether they can be of use to him or can harm his political opponents.”

The Editorial Board article warns that a “caretaker Prime Minister doesn’t have the authority to drag Israel into a war”, calling instead for “diplomatic efforts to bring an end to the escalating tit-for-tat could bring quiet.”

Hard line against Hamas and Palestinians

Authors of Israel Hayom, with approximately 40% market share one of the leading newspapers, demand a hard line against HAMAS and the Palestinians.

Columnist Yoav Limor says that “Hamas leaves Israel no choice but to respond – and to respond disproportionately.” Limor expects the Israeli army to “thwart and disrupt the rocket launches”, cause “significant damage to Hamas’ military arm, its personnel and infrastructure” and achieve “severe damage to the organization’s reinforcement project”.

Limor states that on the diplomatic arena, the “Palestinian narrative” has gained overhand in the last days, resulting in “pressures exerted in recent days, mainly from Washington”. The author calls for “engagement in a dialogue with the United States and other countries in the West”.

Another author of the newspaper, Caroline B. Glick also discusses US-Israeli relations focused on the positioning of Elizabeth Warren, Senator for the Democratic Party, who had criticized the eviction of Palestinians from Jerusalem’s Sheikh Jarrah Neighborhood.

Based on Warren’s tweets and the State Department’s statements, Glick concludes “in light of the administration’s hostile behavior, and the even more hostile positions of the dominant progressive wing of the Democrat Party, the prospects for constructive relations between the Biden administration and Israel have all but disappeared.”

Writing in the same newspaper, Maj. Gen. (res.) Gershon Hacohen asks whether “the rockets (will) wake Israel from its slumber?” and calls “to restore Israeli passion for the redemption of Zion and Jerusalem.”

Yedioth Ahronot is another main newspaper in Israel, reaching around 35% market share. Its authors criticized the Israeli government for lack of preparation.

Its columnist Ron Ben-Yishai titled his article “Israel’s diminished deterrence and political turmoil are recipe for disaster”. Stating that “Israel’s leaders being caught completely off guard by Hamas’ missile capabilities, risk giving Iran and Hezbollah ideas far deadlier than what has been witnessed so far” Ben-Yishai calls for “proper leadership”.

Another columnist, Nahum Barnea, focuses on the events in the Sheikh Jarrad Neighborhood. Indicating that extreme-right wing Israeli members of Knesset previously also had provoked the residents by declaring to open offices, Barnea proposes that “the could expropriate the land in question and allow the Palestinian residents to remain in their homes.”

But, states Barnea, “there is no functioning government and the responsibility to resolve the dispute now falls to the Supreme Court”. The latter has for the time being postponed the decision on the matter.

The Jerusalem Post states in an editorial, “Israel’s government is not blameless. Tensions had been mounting during Ramadan” and the government should have done more to contain the situation and try to defuse it before the violence spiraled out of control”.

Israel shall seek mediation of UN, US, Egypt and Qatar

Although claiming that “Israel is not responsible for the current escalation, the newspaper now suggests “Israel must now engage in a public relations campaign to present its case effectively to the world”.

The Jerusalem Post proposes the following: “What is required now is for the government to set clear goals, conduct a smart military operation, stop the rocket attacks, and restore security. At the same time, a dialogue must be conducted via international mediators – the UN and US, Egypt and Qatar – to negotiate a ceasefire between Israel and Hamas.”

The newspaper published a day later a new lead editorial, calling for the “Replacement of Prime Minister Netanyahu”.

Haaretz editorial pictured Prime Minister Netanyahu very critically:  “In his desire to battle Palestinian nationalism, weaken it, and even make it disappear, Prime Minister Benjamin Netanyahu attacked and incited against Israeli Arabs in a criminal fashion. Instead of dealing with the problem, he preferred to exclude, discriminate against, Judaize and bring declared racists into the Knesset. This disastrous strategy is now blowing up in Israel’s face”.

The editorial added: “A responsible prime minister would have reined in the police, conducted a real dialogue with the Arab leadership, observed the status quo on the Temple Mount, not viewed mixed cities as places that need to be Judaized, announced a plan to invest in Arab society but most of all, would have stopped inciting. Netanyahu isn’t capable of this, which is why replacing him is more urgent than ever.”

The Haaretz editorial is written on the background that currently Prime Minister Netanyahu only represents an interim government. Israel went to general parliamentary elections in March 23rd, where Netanyahu’s Likud Block resulted winner. Netanyahu was charged then to build a new government.

But he did not succeed in the given 28 days in achieving the necessary majority in the Knesset, the Israeli parliament. Upon this situation the President gave the duty to build a government to the opposition, organized in a so-called “Bloc of Change”.

Currently, the leader of the center-left Future Party (Yesh Atid), Yair Lapid is trying to build a coalition, including several parties that accept the so-called two-state-solution. This coalition includes right-wing such as Yermina as well as the United Arab Party.

The deadline to establish a new government is June 2nd. Should the opposition bloc not succeed to gain more votes in favor then against, then Israel will head to the 5th elections in just two years.