Improving Egyptian – Turkish relations: A hard road must be traversed 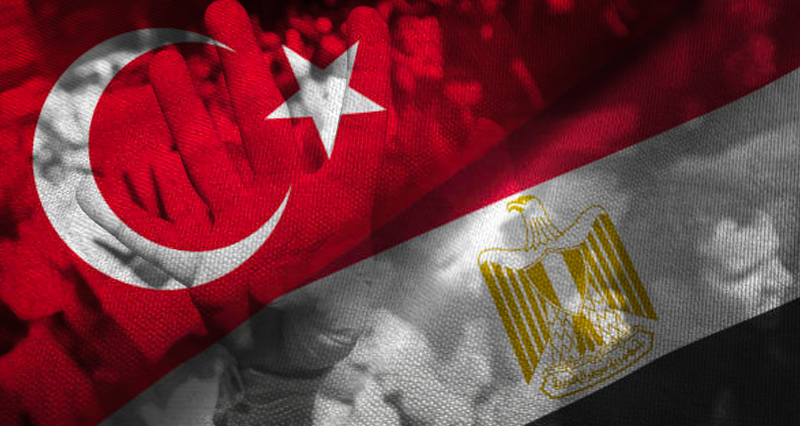 It seems that the course of negotiations between Egypt and Turkey to improve their relations will not be easy, despite all the atmosphere of optimism surrounding the recent meeting between the delegations of the two countries in Cairo.

Recent months have seen attempts by Turkey’s official side to calm tensions with Cairo, which turned sour after the Revolution of June 30, 2013, which overthrew President Mohamed Morsi, a member of the Muslim Brotherhood.

During the past eight years, Ankara’s support for the group and its accommodation of large numbers of its members has been one of the most prominent points of disagreement between Turkey and Egypt.

While Cairo considered this support for a terrorist group to be detrimental to Egyptian interests and incitement against the Egyptian administration as interference with a sovereign state, Ankara considered the Muslim Brotherhood to be mere political opponents operating in accordance with Turkish law.

“Despite the positive atmosphere of the last meeting between the Egyptian and Turkish delegations, the Turkish delegation did not offer anything to encourage Cairo”, a source familiar with the negotiations said.

“The Egyptian delegation has asked its Turkish counterpart to extradite some of the accused in terrorism cases, including those involved in the assassination of Attorney – General Hisham Barakat, as well as to stop the incited media broadcast against Egypt from Turkish territory. The response was disappointing, however, as they argued that Ankara could not extradite anyone from the Egyptian opposition in Turkey”, the source added.

According to the source, the Turkish delegation has justified its refusal that the residence of these wanted persons is lawful and legal and therefore they have rights and obligations in the light of Turkish laws.

According to more than one source, Turkey seems reluctant to make concessions, however simple, to improve relations with Egypt.

“In my opinion, either the internal Turkish accounts are complex, or they ignore the significant political development that has taken place in Egypt over the past years”, a second source said.

“The Turkish delegation offered Egypt mediation between the ruling regime and the Muslim Brotherhood. Making such an offer ignores the fact that the group no longer has any significant influence and is nothing more than a terrorist organization”, the source added.

According to a third source, the Turkish delegation justified its mediation offer as it may help to achieve political stability in Egypt and to ease international human rights criticism on Cairo.

The first source, however, confirmed that the Turkish offer was only an attempt to take the pulse of Cairo.

“That was a well-known way of negotiating between any two parties to clarify the minimum that the other party could accept”, he said

“At the meetings, the Egyptian delegation refused to abide by any commitments as a technical delegation and did not have the authority to approve political or strategic decisions”, the second source said.

Although the Muslim Brotherhood is one of the many topics on which the Egyptian – Turkish talks are taking place, it will not be possible to move forward smoothly without the closure of anti – Egyptian media platforms, the extradition of those involved in terrorist operations.

If were no concessions in that case, there will be no progress in settling the differences of both sides in Libya and in the East Mediterranean

According to the third source, Egypt is fully confident in the actions it has been carrying out since 2013 against terrorist organizations.

“Egypt has experience dealing with international human rights criticism, especially since all actions have been carried out in accordance with Egyptian law”, he said.

“So the Turkish offer of mediation doesn’t matter much to Egypt. Reaching points of understanding in Libya and East Mediterranean gas is far more important for both sides than mediation that Cairo is not seeking”, he added.

According to the second source, Turkey has requested tripartite negotiations to be joined by Libya to discuss Egyptian demands regarding the situation in Libya, alleging Turkish agreements with the former Libyan government.

“Egypt is dismayed by the continued arrival of mercenary fighters from Syria to Libya”, he said.

“The Egyptian delegation explained to its Turkish counterpart that the development of relations between the two countries depends entirely on Ankara’s commitment to fulfilling its commitments in Libya”, he added.

With regard to the possible demarcation of the maritime boundary between the two countries, the source explained that the Egyptian delegation had made it clear that this could not be done until other Egyptian-Turkish differences were resolved.

Given the entanglement and complexity of the differences between the two countries, and in the absence of real communication between at least the Presidents of the two countries for the time being, they will take time to improve their relations.

In Cairo’s view, dialogue with Turkey is important, to find a solution to all concerns regarding Egyptian and Arab security.

However, this dialogue is also important for Ankara to protect its interests in the Eastern Mediterranean, where Egypt is one of the important players. Cairo may also be an important bridge through which Turkey can resolve its differences with some important Arab States.

According to the second source, the last round of talks was only an exploratory one in which the parties tried to read the other’s intentions.

“I think the road to normalize relations between the two countries will be difficult, but it needs to be traversed”, the source said.