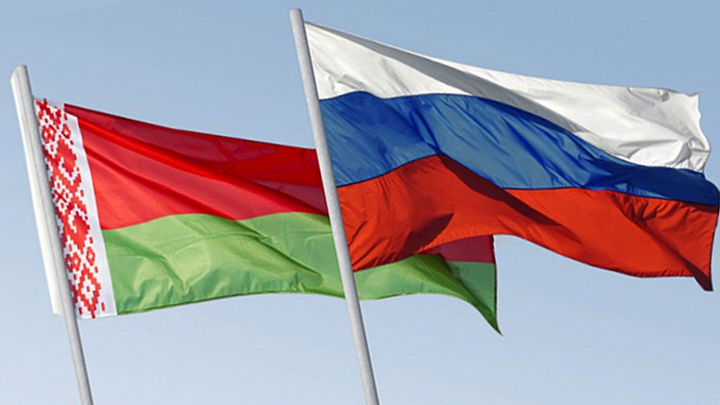 Allegations of attempted assasination and coup d’etat have shaken Belarus. According to a speech by the President of Belarus Alexander Lukashenko on April 17, Russian Federal Security Service (FSB) detained a group of people in Moscow who have double citizenship (Belarusian and US citizenship) and attempted to organize the assasination of the sons of Lukashenko and the orchestration of a coup d’etat in Belarus.

Both Lukashenko and the authorities of the Committee of State Security of Belarus (KGB) say that the organizers had close connections with American intelligence services. Those claims were confirmed also by the FSB, which says that the main organizer of the plot, Yuri Zenkovich, a lawyer who has both Belarusian and American citizenship, came to Moscow from Poland where he met with Americans and received instructions planning to organize this plot in Moscow by connecting with some high level officers of the Belarusian Armed Forces and offering them money.

Those detainees were handed over by FSB to KGB and they were taken to Belarus where they are being further interrogated. According to Belarusian authorities, those detainees have already admitted that they planned to conduct sabotages in Minsk in order to facilitate a coup attempt.

According to Lukashenko, the assasination and coup plot was discussed during a telephone conversation between Russian President Vladimir Putin and US President Joe Biden. Putin, according to Lukashenko, asked Biden about the role of the US in this plot, but Biden was unable to provide an answer. Lukashenko’s claim has also been confirmed by the Spokesman of Putin Dmitriy Peskov. When asked whether or not Lukashenko appealed to Putin to detain the suspects, Peskov said that he couldn’t provide an answer.

Putin’s Speech and allegations of an assasination plot

This assasination plot and coup issue had a central place in the annual state of address of Vladimir Putin. In his speech on April 21, Putin, while mainly focusing on the impact of coronavirus on the Russian economy and the social and economic problems (which can be seen as preparation for the upcoming parliamentary elections in September), spoke very harshly about the ongoing confrontation with the West. During the speech, there was a great military build up of Russian troops along the Ukrainian border and Russian authorities had not yet declared the retreat of those troops following the completion of the military exercises, so many observers predicted a military conflict between Russia and Ukraine and thought that Putin in his speech would address this question in order to justify the situation in Ukraine.

Nonetheless, Putin said nothing about the crisis, the situation was commented by many people who said that a hot war between Russia and Ukraine would not occur anytime soon. On the other hand, Putin outlined out the containment policy of the West (he specifically meant the US, although he did not mention it by name). He mentioned some of the intervention attempts by the West in the past, such as ongoing efforts against Nicolas Maduro in Venezuela and the coup against then President of Ukraine Viktor Yanukovych. After that, he criticized the recent assasination plot and coup attempt in Belarus.

He condemned the attempt to impose one country’s will on others, adding that the most recent example of this was the attempted coup d’etat in Belarus and the assasination plot against the president of that country. He further condemned the fact that “the so called collective West” had not been blamed those attempts and how these countries simply ignore the case and pretend as if nothing had happened (the allegations of an assasination plot and coup attempt were mentioned on April 17 by Belarussian and Russian authorities and as of April 21, no Western countries had reacted to the information). He then said that Russia would never allow other countries to cross its “red lines”, and that the nation was ready to respond. It is interesting that the denial of these claims by the US administration took place only after Putin’s speech and that White House Spokesperson Jen Psaki only said “I can confirm there’s no basis in fact there”.

Delayed denial from the White House

However, despite the denial of the White House (which came only four days after those allegations were brought forward), the Biden administration has openly been advocating for regime change in Belarus. As is well known, Joe Biden, unlike his predecessor Donald Trump, advocates rendering active support to the opposition movement in Belarus.

During Donald Trump’s rule, Belarus and the US had agreed on restoring their relations and during the then US Foreign Minister Mike Pompeo’s visit to Minsk in the spring of last year and the US administration had decided to assign an ambassador to Belarus for the first time in 12 years. In fact, until the presidential elections in Belarus, held in August 9, 2020 and resulted in mass protests, Lukashenko was trying to distance himself from Russia and establish closer contacts with the West (he did not aim at membership of EU or NATO, but he wanted to pursue a more multivector foreign policy).

However, the mass protests following the presidential elections in Belarus and the non-recognition of the results by the Western countries worsened relations between Lukashenko with the US. Although the Trump administration did not recognize the official results of the elections, they did not give the protests official support in the autumn of 2020. It was clear that the US administration was mainly busy with the upcoming presidential elections and that there were different tendencies in the US administration towards Belarus: While some sections of Washington did not wish to alienate Lukashenko and push him further into Russia’s influence, another part of the administration pursued a harder policy towards.

On the other hand, Biden is known for his support for the “color revolutions” in ex-Soviet countries. During his election campaign, he criticized Trump’s administration for not rendering enough support to the Belarus opposition movement. Nevertheless, before Biden came to power on January 20, Lukashenko had already secured control of the country (the mass demonstrations, which continued every weekend through the second half of 2020, brought no concrete result, and the participants lost interest. Secondly, harsh winter conditions also prevented continuation during the winter period).

In addition, the main candidate of the Belarussian opposition in the presidential elections Svetlana Tihanovskaya, who is still in exile in Lithuania, seems to have lost the control of the situation: Her call for the West to impose harsher sanctions on Belarus does not reflect the wishes of the citizens of Belarus, who live and work in the country and would suffer from such sanctions. In this case, as long as Lukashenko is in full control of his country and there is no real alternative, it can not be expected that the US will try to create a Venezuela scenario in Belarus (ie. recognizing an opposition leader as the legitimate president of the country). On the other hand, they may try to organize a “palace coup” within Lukashenko’s team, as the recent coup allegations show.

Rapprochement between Russia and Belarus

It is also worth noting that Putin mentioned Belarus in his annual speech just a day before Lukashenko’s visit. The turmoil in Belarus following the presidential elections in August and worsening relations with the West resulted in rapprochement between Belarus with Russia. This year, Lukashenko visited Russia twice (on February 22 and April 22) and during those visits, questions regarding the integration of the two countries were discussed.

Belarus is the only western neighbour of Russia with whom Russia has normal relations. It is also the only country which pushed back against Polish and American plans to contain Russia from the West, “from sea to sea” (ie, from the Baltic Sea to the Black Sea). For this reason, the escalation of tensions between the US and Russia indicate that tensions within Belarus are poised to escalate.