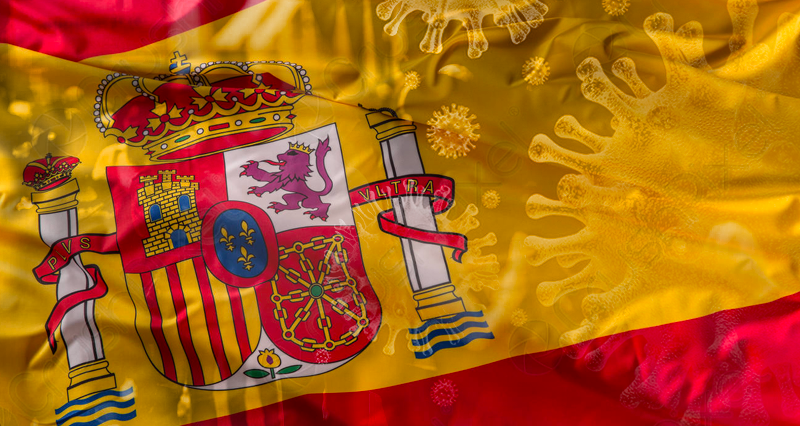 The pandemic situation in Spain has from the beginning been determined by uncertainty. The uncertainty has been the confusing, inaccurate, and misleading information that the government has disseminated in the media. That is not counting the deliberate governmental lies.  From day one, the government imposed a state of alarm with which it began to rule despotically without parliamentary control; literally, the executive power took over the state’s reins.

The decree-law of 14 March 2020 de facto replaced the constitution, and constitutionally recognized social rights began to be suspended. Also, the deceased’s autopsies were banned, making it impossible to know with certainty the real reason for a person’s death. For a year, health activity was limited throughout the country, with covid being the only element for which the health workers acted. No other health problem was significant in Spain; only covid deserved the authorities and health workers’ attention. The situation has not changed today. The numbers of infected and dead people oscillate every day, and it is impossible to corroborate data with other sources. The information disseminated by the national and regional administrations is incontrovertible and incontestable.

If you wash your clothes, you must do it at more than sixty degrees because the virus is very resistant, but if you wash your hands with regular soap, the virus dies. One of the most peculiar aspects of covid is that it can be transmitted by people who are not sick. The so-called asymptomatic are healthy people who appear to be more dangerous in health terms than sick people, and are the primary justification for the general imposition of health measures.

Another particularly significant aspect of covid is that it seems to be most active at night, which is why the government has imposed a curfew whereby no citizen can go out for a walk, or enjoy their constitutional rights, after ten o’clock at night. Citizens today need a safe-conduct to move around the country, something that previously people have only seen in war movies.  The government has turned the state’s administrative divisions into real international borders guarded by the security forces. In short, it is not possible to use the strength of science and reason to analyze the current situation; different parameters are needed to understand what is happening.

The problem cannot be solved in Spain because the problem is not defined in rational, scientific, and health terms. There is not a health crisis; there is a political crisis. The media and the political authorities have acted in a joint and synchronized operation to create the problem, so only these same actors can solve it.

The whole situation was going to be solved with the arrival of the vaccine. There was no other solution than to find a vaccine to save us from a low lethality virus. The need for vaccines has been a mantra continuously repeated from all the media loudspeakers. Vaccines are now available, and the Spanish population continues to suffer from the suspension of their rights and the media’s constant psychological warfare. Billions of Euros have been invested in the fight against the virus, and these millions have been spent without control, in a suspicious and almost undoubtedly criminal manner.

From day one, it was clear that a political and economic agenda is being imposed with the excuse of covid, but let’s not be negative; it may all have a positive meaning in the end. Presumably, we are attempting to change the economic cycle. Maybe social rights have been suspended worldwide to fight against a quasi-mythological problem such as covid to help the attempt to succeed.

The same unscientific narrative, the same draconian measures, have been imposed in all states, by governments of all colors, in allied and antagonistic states. No one has been spared. The world that emerges after the pandemic will have to justify itself from something as mythological and bizarre as the virus that destroyed the already ancient world. The havoc being wreaked by the battery of health measures is much more severe than the covid disease, and the questions that arise are: