“Russian-Ukrainian War” and the Ukrainian Press 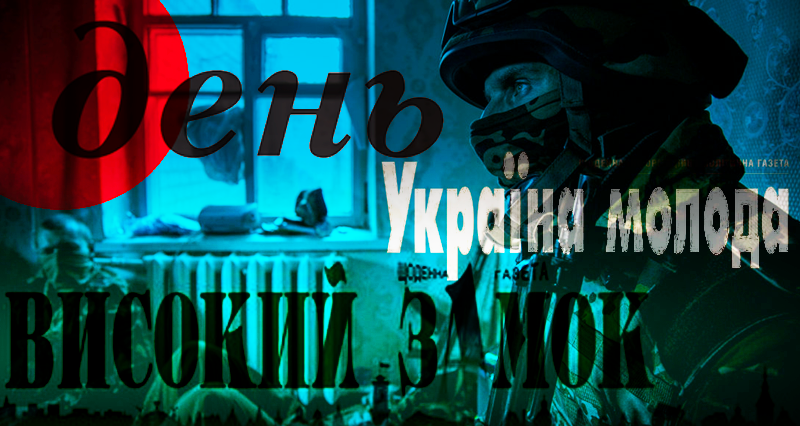 For almost one month, there are comments on a probable Russian-Ukrainian war. Those claims are mainly based on two factors:

1- The intensification of clashes in Donbass region of Ukraine.

2- Russia’s buildup of troops along the Ukrainian border and in the Crimean peninsula.

Let’s take a closer look at those two factors:

1- The Donbass region is located in the southeastern part of Ukraine and its population is mainly pro-Russian. In 2014, following the revolution of pro-western forces in Kyiv and toppling of the then President Yanukovych, territorial integrity of Ukraine was came under danger: At the end of February, Russia made an intervention to the Crimean peninsula of Ukraine and soon, in March, annexed the peninsula, based on a plebiscite. Soon afterwards, clashes in the Donbas region erupted. In Donbass (which consists of Donetsk and Luhansk provinces), pro Russian forces took control of Donetsk and Luhansk province centers. Since then, 1/3 of the Donbas region is under the control of the separatist forces backed by Russia. However, the armed clashes in the region have been localized: Ukrainian forces and separatists have been firing at each other from both sides of a demarcation line. Since 2014, the Ukraine has lost 14 thousand persons (soldiers and civilians) in this conflict.

In July of last year, an armistice was signed and consequently, in the second half of 2020, only 5 Ukrainian soldiers died. However, the clashes have intensified since the New Year. Since the beginning of the year, about 30 Ukrainian soldiers died. Nevertheless, regarding that14.000 people had died before in this region, the loss of 30 soldiers, though very tragic, does not prove that a war is inevitable. On the other hand, the fact that both sides blame each other for the escalation of the conflict point out that the situation may worsen.

2- Russia has been deploying many troops to the Ukrainian border, and the Western media has presented this situation also as an indication of a coming Russian intervention. However, as the President of Ukraine Volodymyr Zelensky has pointed out, if Russia had wished to attack, it would have already attacked. Moreover, Zelensky’s recent visits to Qatar and Turkey have been commented by many that if Zelensky had believed in an immediate Russian intervention, he would not have organized visits to foreign countries.

Ukraine’s government does not wish to end up like Saakashvili

It might be argued that Russia had attacked Ukraine in 2014 and it can repeat this. However, the Ukrainian Army is much stronger than in 2014 and even if the Russian Army can win the war, the result would be costly for them. On the other hand, the claims that the Ukrainian Army can attack to Donbas also does not seem possible, since Ukrainian leaders perceive that unless Russia ceases its support to the separatists of Donbass, Ukraine can not risk attacking to Donbass, because this would mean a war with such a great power like Russia. In Ukraine’s government, almost nobody wishes to repeat the experience of Saakashvili in 2008.

In this situation, it can be argued that a real danger of war is only given if Russia believes that it is being surrounded by enemy forces left with no other option that to attack. Ukraine’s membership to the NATO or the establishment of US bases in the Ukraine for instance may cause such a perception on Russian side.

While the Western media repeatedly diffuses the thesis on an immediate danger of Russian aggression, the public opinion in Ukraine was quite calm. Just imagine a country, which is under the danger of an immediate war with its neighbor, and more then that, this neighbor is Russia. What would be the attitude of the mass media and the politicians? All of the newspapers and TV channels would publish materials about this danger uninterruptedly. However, a quick look at the first pages of Ukraine’s nationalist media will show that even those newspaper with a clear anti-Russian stance, which blame Russia (and the Soviet period) for almost everything, do not attach importance to the issue of “Russian aggression”.

In those photos, we see the Ukrainian newspaper “Den” (means “day”), which is currently published weekly. This newspaper every week allocates many of its pages to the critiques of Russia. However, on the main page, (date: 2-3 April) we see almost nothing about the “Russian aggression”. Almost the entire page is devoted to the economic problems of the country. Only on the right corner of the newspaper we see the words of the US Secretary of State, Anthony Blinken, confirming the support for Ukraine against Russia as the quote of the day.

The next issue of the same newspaper (9-10 April) has been devoted to the regional politics in Ukraine and to urban problems in Kyiv. Only on the right corner again, we see the words of the President of Lithuania on their support of Ukraine, as the quote of the day. The other pages of the newspaper do not refer to an aggression, either. Instead, they argue that Russia intends to threaten Ukraine.

Nationalist newspaper reports on Ukrainian sportsmen instead of “Russian aggression“

Another nationalist newspaper, “Ukrayina Moloda” (the Young Ukraine) also makes no reference to “Russian aggression” on the first page. Instead, it tells about the victory of Ukrainian sportsmen in Moscow on weight lifting championship.

Another weekly newspaper “Visoki Zamok” (the High Castle). Its first page also does not reflect anything on “Russian aggression”. Instead, it writes about the dubious results of by elections in Western Ukraine.

It is also noteworthy that many Ukrainian politicians of nationalist tendency act calmly on this question. On a TV program, a former deputy of the nationalist “Svoboda” (freedom) party reiterated that in case of a war with Russia, Ukrainian soldiers will have to fight alone; neither the Americans, nor the Europeans will come to Ukraine to fight against Russia.

This fact demonstrates that the possibility of a “Russian-Ukrainian War” is an idea artificially exaggerated by the western media in order to justify American presence in this region. It can be seen that during Joe Biden’s Presidency, tensions between the US and Russia will further rise. However, those tensions can appear in form of some local skirmishes or attempts of “colored revolutions” in ex-Soviet countries. Nevertheless, the probability of an open war with direct Russian participation is very low.