“Peace Plan from the Black Sea to the Mediterranean” 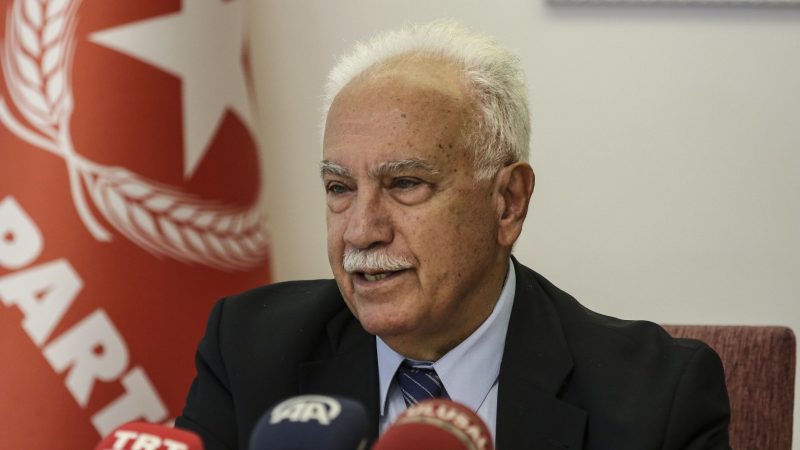 The current crisis appears to occur between Russia and the Ukraine, but in truth, the conflict happens between the Atlantic and Eurasia. This conflict is connected to the threats Turkey faces in the Eastern Mediterranean. The Atlantic uses Ukraine as a pawn at one theater, and Greece at the other.

The politics of the Biden Administration have again demonstrated that Turkish-Russian cooperation is not a choice but a necessity. Turkey’s positioning in the Ukraine Crisis is decisive. With the right stance, Ankara can also prevent a war of regional dimension. Turkish-Russian cooperation can stop the Atlantic Front from starting a new adventure. If it faces the Moscow-Ankara front, the Atlantic will not dare to start a military adventure.

Turkey can actually turn the crisis into an opportunity. Ankara’s correct positioning in the Ukraine crisis and the Black Sea will lead Russia to take important steps in the Cyprus Question.

On the opposite side, the current crisis also targets to create tension in the Turkish-Russian relationship. Therefore, all sides need to be very precautious.

The Turkish Vatan Party’s ‘Peace Plan for the Black Sea and the Mediterranean’ today is of vital importance. The conditions for that plan are given, and today is exactly the time to put it in motion. If Ankara and Moscow negotiate the Crimea and the Cyprus issues together in a package, then all bilateral tensions and contradictions will be solved.

The US in the Eastern Mediterranean is surrounding not only Turkey but also Russia. And Turkey does not resist only in terms of its own national interest but it is defending all of Eurasia.

The same is true for Russia’s position in the Black Sea. The US is not only surrounding Russia, but also Turkey in the Ukraine and the Black Sea.

United World International has spoken to Dr. Doğu Perinçek, Chairman of the Vatan Party (Turkey) on the current crisis in Ukraine and the Black Sea.

How do you evaluate the US position in the region?

Let us take a very close look at this map: The US has occupied Greece. It has established military bases in Alexandroupuli, in Thessaloniki, in Kavala, in Larissa. Then we move our eyes towards the Eastern Mediterranean, where Crete and Southern Cyprus have been armed and turned into military bases by the US. The US is surrounding Turkey with military bases.

Take a close look at this map. We take a look at the north of Syria and Iraq. Here we encounter again the US military bases, and the arms in all of these bases are pointed on Turkey. It is true that the West Asian countries have foiled the plan of a Second Israel named ‘Kurdistan’, when they jointly stopped the independence referendum in Barzanistan, Iraq. But Biden, whom we call in Turkish “a toothless monster”, is still following plans that target Turkey.

Turkey on the opposite has a clear way out, a great and fundamental solution at hand. The circumstances are not negative, it is in Turkey’s hand to turn them into the positive. But this can only be done in the spirit of Mustafa Kemal, in the spirit of the Turkish revolution, taking the radical and grand solutions, which the Turkish nation has produced in its history, as shining examples.

Arms are pointed at Turkey

We have to take a strategic approach against the US-Israeli-led threat to Turkey. The frontline does not only run between Turkey on the one side, the US and Israel on the other. Let us indicate the US threats against Russia north of Turkey on that map, too. Let us even note the conflict between the US and China in the Pacific in that map. The Islamic Republic of Iran is also part of the map as a vanguard country of the Asian front, presenting further opportunities to Turkey.

You said that the crisis also bears an opportunity for Turkey. Can you explain this opportunity?

Yes. This crisis is a historical opportunity to achieve international recognition for the Turkish Republic of Northern Cyprus (TRNC). But we have to ask, and we hope that the answer clears the minds. Who would recognize the TRNC?

Would the United States recognize the Turkish Republic of Northern Cyprus?

Would France recognize the Turkish Republic of Northern Cyprus?

Would Greece recognize the Turkish Republic of Northern Cyprus?

Would the European Union recognize the Turkish Republic of Northern Cyprus?

Or put simply: Would the US-centered Atlantic Forces recognize the Turkish Republic of Northern Cyprus?

A positive answer is out of question, of course.

On the other side, there are countries that are ready to recognize the Turkish Republic of Northern Cyprus. For instance, Abkhazia has already officially declared its disposition to recognize the TRNC. We have visited Abkhazia in December 2019 with a 15-person-strong delegation, and we have held meetings with the President of Abkhazia. We as the Vatan Party have made a joint declaration to the world with the Parliament of Abkhazia. That declaration included the decision to spend joint efforts to achieve the TRNC’s and Abkhazia’s international recognition.

Right now, Abkhazia has started an initiative to visit the TRNC. This visit will take place within the upcoming weeks. Abkhazia has very close relations with the Russian Federation. To put it clearly: Abkhazia means Russia. That means, that Abkhazia, Russia, Azerbaijan, the Turkic Republics of Central Asia, Iran and even China; all of them, all Asian countries are ready to recognize the Turkish Republic of Northern Cyprus. And once the Asian countries take that step, the rest of the world will inevitably follow.

And this is not just the matter of achieving TRNC’s recognition. Turkey’s security in the Eastern Mediterranean, on its southern borders with Syria, on the Black Sea; Turkey’s security can only be achieved by strong partnerships with Asian nations, beginning with Russia. Russia and Turkey are today at the frontline of the world, resisting US threats. Turkey’s attempt to achieve its national security and establish its economy of production will succeed with the country’s determined standing in the Asian Front.

Can Turkey stay neutral to the rising tension in the Ukraine?

The US uses Greece in the Eastern Mediterranean as the pawn, and in the Black Sea they use the Ukraine. The US and Ukraine have agreed on November 27, 2018, to stop the Turk Stream and the North Stream.

But again, threats at the same time provide opportunities. These threats lead Turkey to great opportunities in order to achieve national security and establish the economy of production. The matter is to recognize these opportunities. This is the way to lead the state, to establish a strategy and to define policies.

What is your proposal for Turkey?

The Vatan Party has declared a strategy and a political program answering these conditions. Moreover, we are establishing relations with Russia, China, Abkhazia, Iran, Syria, Algeria and the Turkic Republics in Central Asia to realize this strategy step by step.

There is only one frontline. That front begins at the Black Sea, including the Aegean Sea, the Eastern Mediterranean Sea up to Libya, includes Cyprus and reaches over Syria and Iraq until the Persian Gulf and the Strait of Hormuz. One single front line from the Black Sea to the Strait of Hormuz. The opposing forces along this frontline are obvious.

To side with the US in the Black Sea, then to search for common positions with Russia in the Eastern Mediterranean Sea, then maintain an undecided position in the North of Syria and Iraq, because the balance of power is not cleared and we have not made up our minds yet… This is not foreign policy. These kinds of inconsistencies and contradictions have costly results for Turkey. And with costly, we do not refer to prices measured in dollars. We refer to costs in national security, in solving the economic crisis definitely; costs that are going to be paid with the blood of our soldiers. This is the price we are going to pay.

The friendship and cooperation between Turkey and Egypt can also be developed in the context of Asia. Egypt recently has opened the international bidding for field no. 18, and this is another opportunity for Turkey. Turkey can now establish a consortium together with Egypt and China to exploit the hydrocarbon resources in this field. China has great technological resources for hydrocarbon exploitation, they are even considered to be world’s leader in this aspect. China contributes the capital and the technology, Egypt opens up to field to exploitation, and Turkey becomes a partner. This cooperation also supports strongly our resistance against the hostile US-Israeli-Greek coalition.

We will dissolve this knot starting from the TRNC. The international recognition of the TRNC is the biggest resistance and challenge against US threats. This is the strategy and policy that will bury all the American weapons mounted up in Greece, Crete and South Cyprus.

We shall not forget the successful model, which has already been applied. We have saved the territories in Azerbaijan’s Nagorny-Karabakh by cooperating with the Russian Federation. It is true that the army of Azerbaijan and our military have contributed to the victory, but everyone with a sense of politics and strategy acknowledges the benefits of the Russian Federation being on our side in this conflict.

We will apply this successful model to the Mediterranean. This is the only solution and also the great opportunity. The Russian Federation is ready to recognize the TRNC, but of course only, if we display intelligent statesmanship and pursue a decided, consistent and cooperative strategy and policy from the Black Sea over the Mediterranean till the Strait of Hormuz.