The Turkish Republic of Northern Cyprus (TRNC): Is non-recognition really in Italian interest? 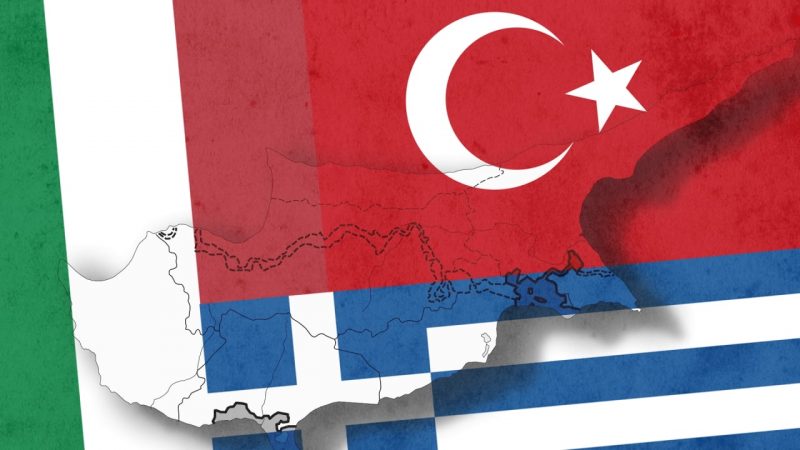 In the occurrence of the most recent visit to Nicosia, the Italian Foreign minister, Luigi di Maio, met his Greek Cypriot Counterpart, Nikos Christodoulides. Di Maio expressed Italy’s opposition to the so-called two-state solution to the Cypriot Question, which was proposed by the Turkish Republic of Northern Cyprus (TRNC).

Luigi Di Maio claimed that Italy “rejects with determination“ any proposition of peace that “does not fall within the parameters of existing agreements and decisions of the United Nations”. Doing so, Di Maioı slammed the door in the face of Turkey and the Turkish Republic of Northern Cyprus. The latter had instead insisted that a “cooperative relationship” between two states is their “new vision/approach“ that would break decades of halting negotiations.

Additionally, the President of the TRNC, Ersin Tatar has declared his disinterest in the European Union’s participation in any peace discussions, because he believes that the European Block acts without balance. Tatar claims that the EU’s actions are focused on protecting the interests of only the Greek Cypriot side.

The Italian Foreign Minister has expressed “complete solidarity” with the Republic of Cyprus against “provocations and unilateral actions” which damage the sovereign rights of the island and “cannot be tolerated“.

In summary, Luigi Di Maio has decided to accept a position of complete submission to the European Union regarding the Cypriot question. But is this really the best decision for Italy?

To reject in such a brutal way any hypothetical recognition of the TRNC is simply just ignoring the reality.

The Turkish Republic of Northern Cyprus is definitely a sovereign and independent state that controls and governs a territory effectively since its proclamation took place on the 15th of November 1983 by the Turkish Cypriot parliament. This parliament is an entity that articulates the free will of the Turkish Community in Cyprus.

Therefore, the existence of the Turkish Cypriot state cannot be denied. This would the same as denying the reality. So if labeled as the ‘Cypriot question’, then it is already known that there will be no solution. What is needed is the agreement on a clear definition. Or to try another method: A federal solution. A solution that was proposed by the Annan Plan which presupposes a legitimate Turkish Cypriot statehood on the island.

The origins of the ‘Cypriot Question’

Cyprus is a very complex political issue, that revolves around a fundamental fact: The existence of two distinct populations on one island: the Turkish Cypriots, the Greek Cypriots and the relationship between them.

The island of Cyprus is geographically an extension of the Anatolian peninsula. Cyprus has never been Greek territory, but has been conquered by many countries because of its position at the crossroads between East and West and vicinity to the Middle East. The island has had a series of rulers, for example, the Assyrians, Egyptians, Persians, Romans, Arabs, Crusaders and the Turks who ruled as part of the Ottoman Empire from 1571 to 1879. Cyprus was never a Greek island.

It is important to recognize that there has never been a “Cypriot nation” because of the diversity in the island’s population in terms of culture, religion, national characteristics and ethnicity. Different languages prevailed too. It is also interesting to keep in mind that although the two populations have lived together for centuries on the island, there are practically no intermediate marriages nor business partnerships.

In an article that was published in Limes magazine, the Chairman of the Vatan Party (Turkey),  Doğu Perinçek states that “Not even the donkeys in Cyprus are Cypriots. The Greeks and Turks on the island both belong to different nations, and because of past events, both populations have no intention of coexisting. They have already decided that there can not be a common future “

Greek Cypriots and Turkish Cypriots lived relatively peacefully until Greece gained independence from the Ottomans in the year 1821. The Greek Cypriot agitation over the so-called “Enosis” (the union of Cyprus with Greece), perpetrated by the Greeks, was further intensified with the change of administration in Cyprus (from the Turks to the British) in 1878.The final objective of the Greeks and Greek Cypriots was to drive out the British, annex Cyprus to Greece and to Hellenize the entire population of the island.

The Greek Cypriots, in conspiracy with Greece, launched a violent campaign for the annexation of the island in 1955. The terrorist organization EOKA, guided by the Archbishop Makarios, indiscriminately killed anyone, the British (Colonial Rulers then), Turkish Cypriots and even some of their relatives who were against the idea of “Enosis”.

Today, the Cypriot Question can be summed up maybe like this: The republic founded by the two parts in partnership in 1960 broke apart in 1963. At the moment, the Greek and Turkish Cypriots live separately. The future of Cyprus resides in a new political integration or in a distance relationship between the two populations, where each are safe in their own sovereign territory with their own costume, traditions and identities.

15th of August 1996 the Daily Telegraph wrote: “The Turkish Cypriots have the constitutional right in their favor and fear a new persecution if the Turkish army withdraws. Almost nowhere in the world there is a lasting peace that is not based on people’s rights to govern themselves.”

Why did the Turkish Prime Minister Bülent Ecevit (Kemalist of the Republican People’s Party) decide to send Turkish army troops to Cyprus in 1974?

It is because Greece, governed by the Colonel Junta, had then decided to implement Enosis, the union of Cypriot territory with Greece. On the 15th of July in 1974, the troops from Greece supported by the Greek Cypriot National Guard, organized a coup and managed to overthrow the Orthodox Archbishop Makarios Government. They installed the nationalist journalist, Nicos Sampson, as “President”.

In result, Turkey decided to intervene, based on its Guarantor State rights, for protecting the Turkish Cypriot community and securing the independence of Cyprus.

In the year 1981, the Greek newspaper Eleftherotypia published an interview with Nicos Sampson, where he stated “ İf Turkey had not intervened, not only would I have proclaimed Enosis, I would have also annihilated the Turks in Cyprus.”

The current situation and position of Italy

As we have seen, Cyprus has two populations, two democracies and two states on one island. The negations for a solution to the Cyprus question and the much-wanted goal should be based on this reality.

Why is Di Maio not recognizing the Turkish Republic of Northern Cyprus and moreover, why does he fully submit to the Greek Cypriot position?

Then, we must take into account another aspect regarding Italy: While the relations between İtaly and Turkey were improving, France was attempting to forcefully enter the East Mediterranean via Syria and Cyprus. This strategy was started by Sarkozy and continued by Emmanuel Macron in a ruthless manner. Not much time has passed since Paris has decided to deploy Rafale fighters to Cyprus, and is currently discussing to sell Rafale fighters to Greece.

A decided Italian government with a straightforward strategic vision could proceed with the recognition of the Turkish Republic of Northern Cyprus. A move with the potential of changing the game and displacing those (like France) who try to enter the Eastern Mediterranean, as well as to disrupt the imperialist plans of the US- Israeli alliance.

This article was first published in Italian language by L’antidiplomatico. The original text can be found here: