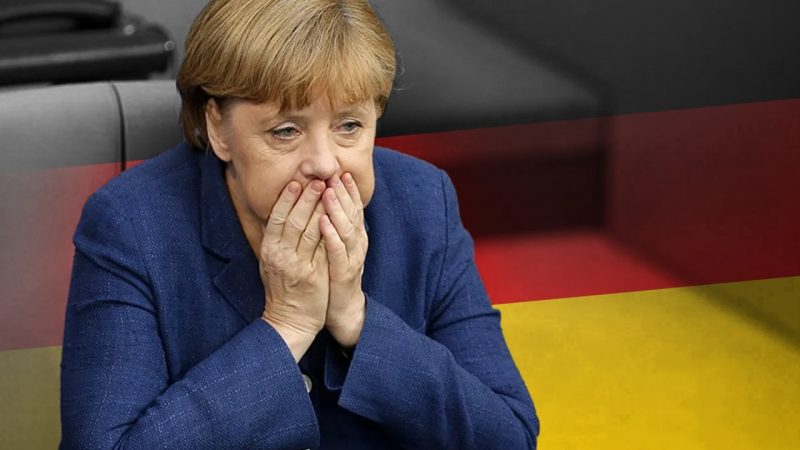 Germany’s election year has started on March 14 with parliamentary elections in two of its federal states. More elections on state and local level will follow, and the “Super election year”, as the Germans call it, will reach its climax on September 26, when a new federal parliament will be chosen. Current Chancellor Merkel, governing since 2005 years, will not be a candidate anymore.

Germany’s last two federal elections have led to long enduring coalition negotiations. Following the 2013 election, negotiations took 3 months until political parties agreed on a majority coalition, while 2017 it took not less than 6 months till a government was established.

On March 14, two federal states, the state of Baden Wuerttemberg and Rhineland-Palatinate went to elections for state parliaments. With the first having a population of 11.1 million and the second 4.1 million, both states together comprise 18% of Germany’s population. Additionally, both states are among the economically powerful of Germany’s federal entities, being home to global industrial leaders such as BASF and Daimler Benz.

The elections in the two states are considered an important indication of the federal election’s outcome as well as for possible future coalition possibilities to govern the country.

Both for the federal elections as well as in yesterdays state elections compete 6 different political parties. The Federal Parliament (“Bundestag”) requires to pass a threshold of 5%, which these 6 parties have passed in the past elections of 2017.

Founded in 1945 immediately after the End of World War II, the CDU is Germany’s main conservative, right wing party. The CDU has governed Germany the majority of its post-war history, under such leaders as Konrad Adenauer, Helmut Kohl and since 2005 Angela Merkel. The party is considered to be Christian, conservative, market oriented and pro-European.

The CDU is currently in the government leading the coalition, with 243 members of parliament.

Founded in 2013, the AfD is considered to be radical right wing. The party’s positions are skeptical of the European Union, of immigration and of cultural globalization. As one of the schoolbook examples for populism, the party defends nationalism and conservatism.

The AfD is currently the main oppositional force in the German federal parliament with 88 members, having received 12% of the votes in 2017. Although it has grown influence in the Western parts too, the eastern states of Germany that formerly belonged to the German Democratic Republic are the stronghold of the party.

The Federal Office for the Protection of the Constitution has taken the party under observation from beginning of March, 2021, based on a 1000-pages-strong internaş report claiming the party’s acitivities as unconstitutional.

The FDP was founded 1948. The party has been part of government during several periods as minor partner. The FDP is the base of liberalism in German politics, supported strongly by sectors of business and economy.

The Left has been founded in 2007 as a merger of different leftist parties and groups, the Party of Democratic Socialism (PDS) being the most important one. The PDS itself had been founded in 1990 as the continuation of the Socialist Union Party that was the founding and governing party of the German Democratic Republic.

Hence, the Left has its voter base mostly in the eastern states of Germany.

The Left is critical of globalization and militarized foreign policy, defends strong state intervention into the economy and the perspective of socialism.

The Left has never been part of the federal government but co-governs on state level as minor coalition partner.

The Greens, as they are called in German politics still, have historically focused on environmental politics and pro-immigration policies. As time have passed and the party started governing on state level, the Greens have widened their program further towards left liberalism and a pro-European stance. Being oriented towards Marxism and socialism in the beginning, the Greens have reformed their program in the 90s also towards economic liberalism with an emphasis on sustainability.

Baden-Wuerttemberg is a state whose electorate is considered middle class – conservative and which has always been governed by the CDU until 2011. In that year, although the CDU has gained most votes, the majority in the state parliament was formed by the coalition of the Greens and SPD, where the former provided the Prime Minister of the state.

The Greens received even more votes in 2016 and became leading party with more than 30% share. But as their coalition partner SPD lost more than 10%, the Greens were forced in 2016 to build a coalition with the also losing CDU, the latter as junior partner.

Results in 2021 show further gains for Greens and the FDP, while the so-called traditional parties CDU and SPD lost votes, with the latter achieving the worst result in history in this state. The AfD has also lost votes.

As results for a majority are very tight when this article was written, the state will need to wait for official results. Last minute results indicate that both a Green-CDU as well as a Green-SPD coalition is possible to gain majority in the parliament. Prime Minister Kretschmann already announced that he aims to lead coalition negotiations with the SPD, the CDU and the FDP.

Rhineland-Palatinate has been governed after World War II by the CDU continuously until 1991, when the SPD took over. From that year to day, the Social democrats have governed the state in different coalitions.

In the last elections 2016, a so-called “traffic lights coalition” was established, named after the participating parties’ colors. The SPD is presented with the color red, the Greens carry their color in their name, and the liberal FDP has the color yellow.

The elections of 2021 seem to confirm the traffic lights coalition led by the SPD who lost 0.5% and achieved 35.7%, followed by the Greens who have raised their votes by 4% to 9.3% and the FDP that lost 0.7%, achieving 5.5% of total votes according to preliminary official results.

The Election Day’s winner is the Greens. They managed to raise their votes in B-W by 2.3% and in R-P by 4.0%, with leading position to form a coalition in the former and good prospects to participate as junior partner in the latter.

The SPD had to suffer small losses, but faces the prospect of being part of governing coalition in B-W and has kept its majority in R-P.

Voter participation in both states was approximately 5% less than 2016.

The results are of course debated concerning their indications for the coming federal elections in September. The German press highlights the following points.

The daily newspaper Süddeutsche Zeitung explains the losses the CDU has suffered with recent corruption affairs that the party’s members of parliament suffered and dissatisfaction with Covid-19 measures. Armin Laschet, the Chairman of the CDU and expected candidate for the position of the Chancellor, might face a hard walk on his way forward and face severe competition from within his party, adds the newspaper.

The daily Frankfurter Allgemeine Zeitung (FAZ) draws three lessons from the elections: Firstly, the system of political parties has not suffered a turmoil despite a year of Covid-19 crisis and existing government were confirmed. The AfD, the main challenger, has both lost votes and still managed to stay in the political theater. Secondly, the CDU faces a historic crisis that is also reflected on polls for the federal elections. And thirdly, the Greens are in the coming as the results and polls demonstrate.

The so-called ‘Traffic lights coalition’ of SPD, the Greens and FDP has been an exception in German politics, only governing in Rhineland-Palatinate. But the confirmation of this coalition in the state, and its possible establishment in Baden-Wuerttemberg has raised eyebrows with the weekly magazine Spiegel that asked, whether coming federal government could be formed as a ‘traffic lights coalition’ too.

Current federal polls show that the votes of the CDU decline, meanwhile the Greens are gaining support and have already surpassed the SPD. As all the political parties reject any cooperation with the AfD, the traffic lights coalition could turn out to be the only viable solution to create a majority in the parliament. And a German federal government led by the Greens.