Strategic relationship between Argentina and Mexico 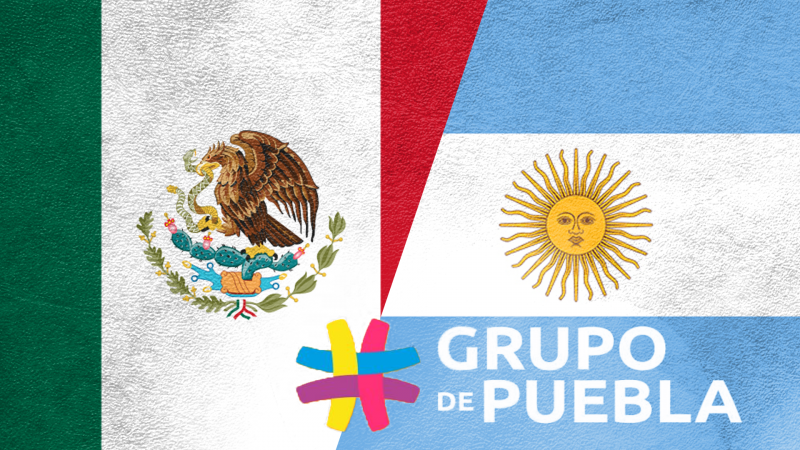 The phrase “From Rio Bravo to Tierra del Fuego” is known to refer to Latin America and the Caribbean’s in all its territorial extension, geopolitical conceptualization and philosophical-ideological interpretation. Perhaps for this reason, it is not surprising that there is such an affinity between the current presidents of Mexico and Argentina, Alberto Fernández and Andrés Manuel López Obrador (AMLO). Both are Latin American thinkers deeply united to the cultural roots of their countries and makers of prominent careers in the academic world, and, perhaps, for that same, they are considered “moderate progressives” or “pragmatists with social values”. Be that as it may, the second official visit by Fernández to AMLO has come to strengthen a strategic alliance that aims to have an impact at the regional and international level: the Mexican president is consolidated as the great ally of his Argentine counterpart, with whom he shares “a common vision”.

We think that the political axis Buenos Aires – Mexico D.F. it is of vital importance for the region, especially at a time when Brazil is “closed in on itself”. Let’s see…

From February 22 to 24, President Alberto Fernández visited Mexico, in what would be his second international activity this year after a visit to Chile. During his stay in Aztec land, he carried out an extensive work agenda. It covered bilateral and multilateral issues such as the historical strategic relationship and commercial exchange between both nations, the joint production and distribution of the doses of the AstraZeneca vaccine for Latin America. He also met with the Puebla Group.

Regarding this visit, where he was recognized as a Distinguished Guest of Mexico City, the Argentine Head of State stated: “This is a good opportunity to deepen our ties. We are a democratic and progressive axis in a Latin America that is changing.”

On February 22, President Alberto Fernández visited the Mexican plant of the Liomont Laboratories, responsible for the formulation and packaging of the doses of the vaccine developed by the Swedish-British pharmaceutical company AstraZeneca and the University of Oxford. It should be noted that, in 2020, Argentina and Mexico, together with the Slim Foundation, signed an agreement to produce, package and distribute, throughout Latin America and the Caribbean, more than 200 million doses of this and other vaccines against Covid19. To date, the Argentine laboratory mAbxience has sent to Mexico the active principle for 12 million doses of the AstraZeneca vaccine (15% of the agreed total = 77.4 million doses).

However, the distribution of these vaccines faces a problem: the lack of stock of intermediate inputs in the production chain (physiological solutions, syringes, container bottles or vials) that have not yet been made available for at least 15 million doses destined for countries of Latin America and the Caribbean. At first, this totally free distribution had been scheduled for December 2020.

For his part, the Mexican Foreign Minister raised strong criticism of the distribution system that COVAX is running, the fund for the free provision of vaccines that has been promoted by the World Health Organization (WHO). The Minister criticized that it would be privileging the delivery of vaccines to central economies: “We have not yet received the first dose of COVAX while several EU countries have already received millions of doses of vaccines.” In this regard, President Fernández had declared already in Buenos Aires: “We know that there are difficulties in the production of vaccines. But we know very well the difficulties that the world is going through due to scarcity and selfishness. Unfortunately, there is a reality: today 10% of the countries monopolize 90% of the existing vaccines.”

The commercial relationship between Mexico and Argentina, the second and third Latin American economies, is strategic due to the size of their markets. Its regulatory framework is established by the Economic Complementation Agreement N ° 6 (ACE 6) and the Economic Complementation Agreement N ° 55 (ACE 55). However, it is important to say that the Mexican market does not look towards South America, because is asymmetrically oriented in favor of the US and Canadian economies. On the contrary, the Argentine market does see Mexico as a reliable bridge for its exports to the United States and Canada.

Hence, the trade balance is in deficit for Argentina, that is, the southern country imports more than it exports to Mexico: in 2020 the bilateral exchange was 1,384 million dollars for Argentina, of which 438 million represented exports and 946 million imports. Thus, the trade deficit was 508 million dollars. In addition, official figures show a retraction of the exchange from 2015, when the trade balance reached 2,553 million dollars. It is important to highlight the strength of the industrial production that Mexico has, in short, the Aztec nation has a more industrialized and diversified economy than Argentina.

Faced with this unfavorable scenario for the Argentine Government, it could not but be received as great news that, on February 24, as the successful final result of Fernández’s visit, the opening of the Mexican market to Argentine beef was announced. This negotiation had been stalled for two decades, since 2001, when the foot-and-mouth disease spread through Argentine fields. In Buenos Aires, the return of Argentine meat to Mexico was celebrated with doubt, since this year had started with not very optimistic numbers for a strategic sector of the economy and vital for political stability in the gaucho nation.

It should be noted that, in 2020, Argentina exported 897,500 tons of beef, 8% more than in 2019, thus setting a new record in terms of export volume, with China being its main destination market (75% of the total exported). However, despite the record year of exports, the value of meat has been falling since 2019, the year in which average prices were 12% higher than those registered during 2020.

Argentina and Mexico in the Puebla Group

In 2021, Alberto Fernández and Andrés Manuel López Obrador, possibly because they are now in power, are emerging as two of the leaders who will put the most effort into projecting the Puebla Group (GP). The leaders of Argentina and Mexico, both members of the GP, will seek from this progressive multilateral space to promote our American integration, generate consensus, respect disagreements and resolve or reduce regional conflicts.

Some analysts consider the Puebla Group as a multilateral forum either to substitute or to revitalize the Sao Paulo Forum. It is clearly opposed to the Lima Group, which has a clear neoliberal orientation. President Fernández sees the Puebla group as a sui generis space, with well-differentiated characteristics and broader possibilities when it comes to tackling regional problems. For this reason, before and during his management, he has been very active in the GP, and he has undoubtedly privileged it over other spaces such as CELAC or Unasur.

In such a way that it could be affirmed that the Puebla Group, the Lima Group and ALBA-TCP constitute the three main regional blocs based on political-ideological affinities in Latin America and the Caribbean.

With respect to Venezuela, on February 11, the Puebla Group proposed, as one of the points of its Progressive Manifesto 2021:

“Defend Cuba, Nicaragua and Venezuela from the aggressions and interference of powers or third States. Several of the countries in the region have been the targets of actions aimed at their destabilization through the imposition of blockades, unilateral economic and political sanctions contrary to international law. These types of anachronistic and outdated positions are even more serious in the context of the health crisis, as they affect access to supplies, medicines and means to contain the pandemic. The Puebla Group considers these positions as attacks against the most vulnerable segments of our peoples, as well as a threat against the integration process. Progressivism promotes solutions consistent with the peaceful resolution of conflicts, non-intervention and support for democratic, peaceful and negotiated solutions.”

It is worth saying that the Puebla Group has not only summoned Mexico and Argentina, but also various political personalities from across the region, and even from the European left, who have contributed to analysis and have sought new ways to overcome the attempts of the right imperialist for criminalizing the political options that emerge from the left or Latin American progressivism. In this sense, the Puebla Group constitutes a very important force in favor of the maintenance of political and economic sovereignty, of national development processes in Latin America and the Caribbean; since the maintenance of these processes is crucial for the projection of Our America as an independent geopolitical bloc from the US and other hegemonic imperialist power centers.

The Puebla Group, as a space for reflection and exchange of experiences, seeks the “articulation of progressive leaders with a vocation for change and political action, committed to the integration and development of our region.”

This group, which was founded on July 12, 2019, in the Mexican city of Puebla, is a political and academic forum made up of representatives of the Latin American and Iberian political left.

During its year and a half of life, the Puebla Group has held six face-to-face and virtual meetings. Its founders and founders have expressed that the main objective is “to articulate ideas, productive models, development programs and state policies of a progressive nature.”

The Puebla Group (GP) is made up of presidents (currently the presidents of Argentina, Bolivia and Mexico are members of the GP), former presidents, political and social referents within the socialist movement and by academics from fifteen Latin American and Caribbean countries, plus Spain.