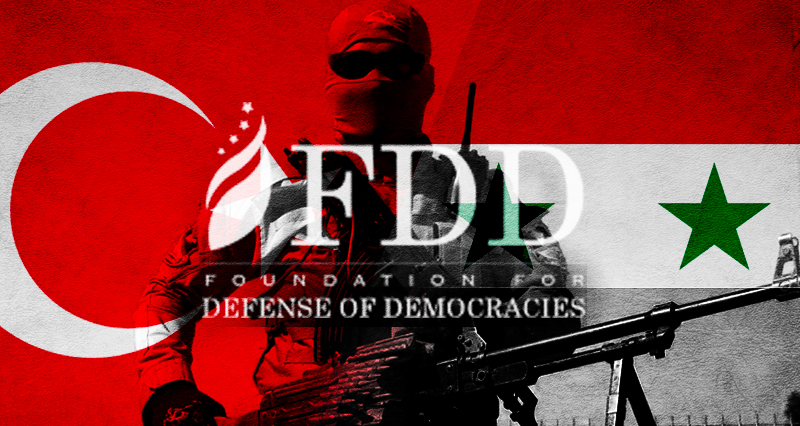 The US Think Tank, Foundation for the Defense of Democracies (FDD) has published a report titled “From Trump to Biden: The way forward for U.S. National Security” in January 2021.

The report presents policy proposals to the Biden Administration concerning a broad range of countries. In the Middle East, proposals concerning policy towards Turkey and Syria aim to progress the establishment of “Kurdistan”.

Founded in 2001 shortly after the 9/11 attacks, the FDD describes its mission as “strengthening U.S. security and reducing or eliminating threats posed by adversaries and enemies of the United States and other free nations.”

Considered a neoconservative Think Tank, the FDD is evaluated to be very close to the American Israel Public Affairs Committee and the Likud-Party in Israel.

The FDD has loudly and actively criticized the JCPOA with Iran and advocated a more militarist US policy towards Tehran.

Following conservative Israeli politics, the FDD’s recent report displays its support for the establishment of so called “Kurdistan” on Turkish and Syrian territories. Its recommendations to the Biden Administration focus on this project with supporting side elements.

The FDD report calls on the Biden Administration to pressure Turkey in order to “pursue the Kurdish Peace Process”, that is, peace talks with the separatist terror organization PKK (on whom according to the report the US has “leverage”).  (Point 8)

“Support for democracy and human rights in Turkey” is demanded to cease pressure of the Turkish justice system on the HDP, which is considered to be the legal arm of the PKK and whose closure is demanded by wide circles, as well as limitation of Turkey’s law on fight against terror. (Point 1)

Additionally, the Biden Administration shall “find a modus vivendi between Turkey and the Syrian Kurds”, thus forcing Ankara to recognize the Kurdish Autonomous Self Administration established, protected and financed by the US government in the North East of Syria. (Point 9)

Turkey’s purchase of S-400 missile defense system, its activities in the Eastern Mediterranean and its judicial processes against supports of coup d’état are also criticized by the report. (Points 2, 4, 5, 6, 7)

The FDD report presents the Biden Administration also proposals for a Syria-Policy, focused on creating a Kurdish Autonomous region within the country.

US troops are mainly stationed in the North East of Syria, the region foreseen as territory of the Autonomous Region. “Maintaining US troops in Syria” and if necessary, “reversing the withdrawals” is the first demand of the FDD report.

The Biden Administration shall “continue to support and train the SDF”, major military force of the Self-government body, and “help local authorities in northeastern Syria to develop their energy resources”.

Consequently, the Biden Administration shall “deter Erdogan from further aggression against Syrian Kurds”.

Additionally to direct support to the Autonomous Region, The US shall maintain the pressure on the Assad Government via the Caesar Act and “warning U.S. partners in the Arab world not to normalize relations with Assad”.

In summary, the Israel-friendly Foundation for the Defense of Democracies draws a road map of great pressure on both Turkey and Syria, questioning both countries’ security policy and territorial integration.

Turkey is called to make peace and negotiation with a terror organization it has been fighting for over 40 years, while Syria is called to accept prolonged US military presence and activity in parts of its territory.

The report departs from the separation of and conflict between the two governments in Ankara and Damascus, an assumption that may turn wrong exactly because of the report’s recommendations.