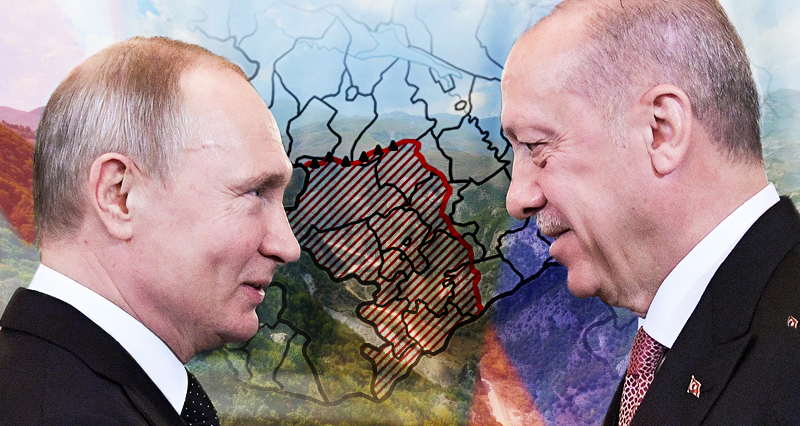 The 30-year-old Nagorno-Karabakh conflict had caused no effect on the rest of the world for the past three decades. During this period there have been many wars and conflicts in the world, millions of people have lost their lives, tens of millions of people became refugees and IDPs, and migration patterns have changed drastically. However, the geopolitical traditions and practices of world politics have mostly stayed the same.

The sudden outbreak of the Nagorno-Karabakh conflict, which had been frozen for 30 years, and the resolution of the conflict within 44 days in accordance with the norms and principles of international law have radically changed many realities in the world.  One place that was seriously impacted was the world’s military industry. Today, the world’s leading military-industrial complexes are looking to abandon traditional practices and find new modern effective approaches to arms production. After analyzing the results of the 44-day war in Karabakh, the world’s largest companies are facing the possibility of bankruptcy, as countries around the world no longer need traditional weapons.  Arms production in the United States and Europe has fallen sharply. Western countries themselves are beginning to worry about protecting their borders. Many countries that want to increase their defense capabilities are now turning to Turkey, not the United States and Europe. This is because one of the main reasons for Azerbaijan’s decisive victory in the Nagorno-Karabakh war was the strength of Turkey’s modern arms industry, as well as Ankara’s commitment to international law and justice. Thanks to the Turkish-made Bayraktar unmanned aerial vehicles, the Azerbaijani Army was able to gain a serious advantage in the Karabakh war. The multimillion-dollar weapons used by the Armenian army were powerless. The whole world saw this, and a number of countries that had opened a front against Turkey were forced to accept the reality. Interest in the Turkish arms industry is growing everywhere, and Turkey is determined to further develop the industry.

Following the Nagorno-Karabakh conflict, which ended on November 10 last year, the balance of political power in the world has begun to change. Confidence in the United States and European countries, which have positioned themselves as guarantors of security around the world, is declining. Countries in need of protection no longer see a reliable partner in the example of the United States and Europe. Turkey’s full support for Azerbaijan in the Nagorno-Karabakh conflict has not gone unnoticed. Even Russian leadership, once in competition with Turkey, sees Ankara’s position as credible and transparent. In this regard, we can safely say that Turkey’s influence is growing not only in the South Caucasus, but throughout the world. The whole world saw that Turkey was on the side of justice. Turkey was able to bring an end to decades-long conflict and has been persistent on the path to peace. Turkey will be closely involved in the restoration of Karabakh and the reconstruction of infrastructure in the region, something which will change the economic map of the world. Turkey provides direct rail links to Azerbaijan, and has now also engaged on a major infrastructure project that will extend from China to the United Kingdom. The geopolitical power balance is shifting toward Asia – and Turkey is at the leading edge.

The Russian factor must not be forgotten given the new realities of the new world. Russia gained a lot of influence in the region at a time when the United States is losing its prestige, and has already lost its foothold in the South Caucasus. The Russian Federation is one of the parties to the end of the 44-day Karabakh war and the signed peace agreement. In other words, Moscow is one of the guarantors of peace, stability and prosperity in the South Caucasus. It is also in Russia’s interest to build infrastructure projects and open a transport network in the region. On January 11, the leaders of Russia, Azerbaijan and Armenia in Moscow met and discussed the future of Karabakh. Russia has not only helped achieve a ceasefire and peace, but also aims to take part in the future of the region.

Russia’s position in the new political context is excellent, but there is a fine line to be walked. It will not be possible to achieve peace and development in the region without cooperation with Turkey. The cooperation of these two powers will give impetus not only to the establishment of peace, but also to the resolution of regional projects. Russia is both a co-chair of the OSCE Minsk Group and a country with a great advantage in the Caspian Sea. In this regard, the presence of Turkey and Russia on the same front, along with the countries of the South Caucasus, will allow the Great Silk Road project from China to Europe to be realized in safer and more favorable conditions. It is more clear than ever that the United States and the Western world will lose their relevance in the coming period.