The Trump Legacy: 4 Years That Changed the World 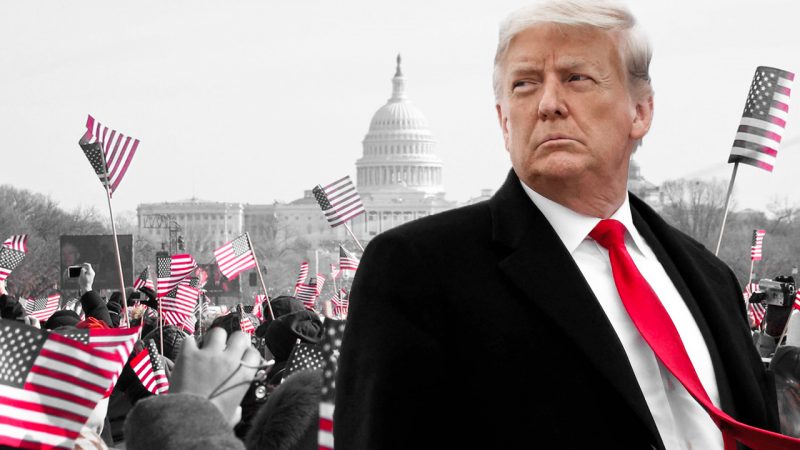 On January 20, 2021 the new US President, Joe Biden, will be sworn into office. Four years ago, Biden left Washington, D.C., stepping down from his position as vice president. Now, he is returning to D. C. as head of state. Along with him, much of Barack Obama’s team is returning to the White House and other state agencies. Over the past four years, however, much has changed.

Donald Trump has left Biden with a different America and a different world. What are the fundamental changes that the world and the US owe to Trump?

Domestic affairs: the division within the US

Donald Trump’s victory in 2016 severely divided the country. Opponents of the president from within the Democratic Party and even among Republicans immediately questioned the legitimacy of his election. The Democrats tried to impeach Trump on several occasions, while the mainstream media promoted the theory that Russia interfered in the election on Trump’s side. In doing so, Trump’s opponents made sure that the rift in American society grew. The Black Lives Matter (BLM) protests on one side and the refusal of Trump and his supporters to acknowledge the honesty of the election results further exacerbated that rift; the storming of the Capitol on January 6 was the point of no return.

Democrats are demanding punishment for Trump and his supporters, calling for reprisals. Digital giants are massively censoring and deleting the accounts of Trump and his supporters. By way of comparison, nothing like this was done during the mass looting and destruction of the summer of 2020 at the peak of the BLM protests. The new government in the US is demonstrating that it is not about reconciliation and healing, but rather about actively suppressing dissenters.

At the same time, according to YouGov polls, 45% of Republican Party voters support the assault on the Capitol. “Trumpism,” right-wing anti-globalism, conservatism, and anti-interventionism in domestic politics have become an important part of the discourse of many Republican politicians. Republicans cannot afford to discard half of their supporters. If they do so under the pressure of their political rivals, the party will permanently fall off the political scene.

“The size and strength of Trump’s movement is such that no Republican candidate he declared persona non grata could win the nomination and the presidency,” notes Patrick J. Buchanan, former assistant and special consultant to US Presidents Richard Nixon, Gerald Ford, and Ronald Reagan.

US hegemony is crumbling

“If the post-American era has a start date, it is almost certainly today,” Council on Foreign Relations President Richard N. Haas said on January 6.

In his new article, “Donald Trump’s Costly Legacy,” Haas continues this idea, arguing that after Trump, “It will be difficult – if not impossible – to repair this damage anytime soon”. This primarily refers to damage to American claims to world hegemony.

“Trump will no longer be president, but he will remain influential in the Republican party and the country. While the world was already in growing disarray, and while US influence was already declining, Trump dramatically accelerated both trends. The bottom line is that he is handing off a country and a world in far worse condition than he inherited. That is his distressing legacy,” Haas argued.

Trump’s policies have had a profound effect on US relations with its allies. Although most of these allies, especially those in Europe, are happy about Joe Biden’s arrival, they have also made it clear that relations will no longer be the same. Thus, EU leaders, especially Josep Borrell, head of European diplomacy, Ursula von der Leyen, President of the European Commission, and French President Emmanuel Macron are increasingly talking about “strategic autonomy” for Europe. Similar processes are underway in Japan and South Korea.

Populism: still on the rise

Populism, understood not just as a set of political techniques, but as an ideology, began long before Trump. Populism refers to the rejection of the old division between left and right, the rejection of liberal post-politics and the hegemony of liberal discourse, and the search for new ideological alternatives outside of the political mainstream.

But Trump has drawn a very clear line of demarcation: positions in relation to the US elections are separated between populists and supporters of the status quo. Trump has become a symbol and focal point for the hatred of globalist forces.

Trump is leaving the White House, but his term has already marked history forever. Trump has created a new global reality and broken the ideological monopoly established by liberals after the Cold War and legitimized questioning the World order. All political forces now define their doctrinal identity by referring to his political figure. The globalists and anti-globalists are concrete groups and politicians, with concrete names. The conflict between globalists and anti-globalists has become a key principle in Western politics.

Trump’s victory in 2016 gave strength to populist projects in the West, from the French “yellow vests” movement to Jair Bolsonaro’s victory in Brazil’s presidential election. His defeat only radicalizes the protest movement worldwide. The suppression of his supporters in the US and worldwide, the purges of his followers by Big Tech expose the unsightly other side of neoliberal globalist imperialism. This also leaves open the chance for the development of a truly anti-imperialist left-wing populism.

Trump has done everything to sour relations with China: initiating trade wars, dubbing the coronavirus “the Chinese virus,” accusing China of human rights abuses in Hong Kong and Xinjiang, and actively supporting a separatist government in Taiwan. However, Trump’s policies have also found support among Democrats, from Elizabeth Warren to Joe Biden, who said during the campaign that he would be tough on China.

Getting out of the spiral of geopolitical confrontation with China will be difficult, if not impossible. According to Michael McFaul, a former senior Obama administration official, Biden will have to “compete with China and Russia in 2021”. However, in his opinion, Trump has only worsened the starting position of the United States. Indeed, Trump’s actions have exposed the US interest in suppressing China as its main geopolitical competitor. The very idea of “Chimerica” now seems to be outdated. the idea of unidirectional globalization driven by China and the US has given way to great power competition

Now the PRC is unlikely to treat the US elite with the same level of trust as before and will actively de-coupling from the US to become invulnerable to American economic pressure.

Unlike the two previous presidents: Barack Obama and George W. Bush, Jr., Trump has not started any new wars in the Middle East. This is indeed an achievement in its own right. However, the US has not abandoned its policy of coercive pressure. As with China, the US anti-Iranian actions: the breaking of the nuclear deal and especially the assassination of General Qassem Soleimani, have undermined the last vestiges of trust in American elites. It will be almost impossible for Biden to bring back the Iran nuclear deal.

Trump’s pro-Israel policies will also be continued by the Biden administration. No one will return the embassy in Jerusalem or abandon agreements to normalize relations between Israel, Morocco, and the Gulf states. A new US Middle East policy will be based on the structure already in place. It is telling that both Biden and Kamala Harris, the new vice president, have always been considered among the most pro-Israel Democrats.

The four years of Donald Trump’s presidency will certainly go down in history as extremely significant. His greatest “achievement” (willingly and unwillingly) has been the decline of American hegemony. The US, torn by internal conflict, serves less and less as an example for the rest of the world. The contradictions between the supporters of globalism and sovereignty in the US are duplicated in other countries, changing the picture of political confrontation. The Biden administration will not be able to resolve this contradiction, because it itself represents one of the sides of the conflict – the globalists.

On the other hand, the Biden administration will have to continue many of Trump’s policies. However it cannot stop the rise of multipolarity.