“Israel has to give up ‘Kurdistan’ before true rapprochement” 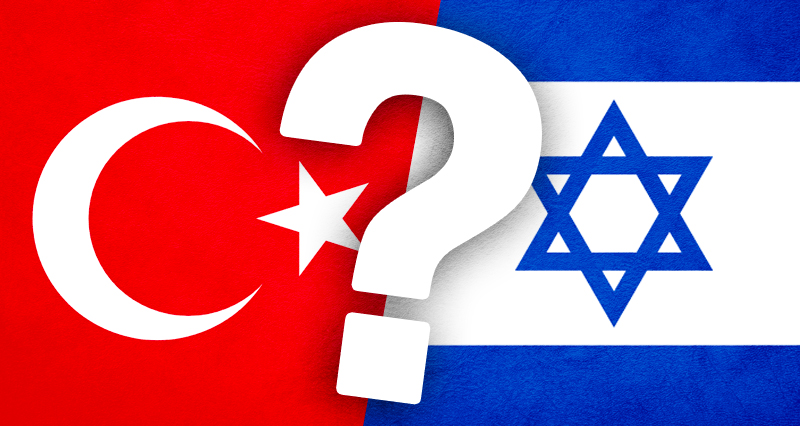 Turkish-Israeli relations have received some warm messages in the recent weeks. Mesut Hakkı Caşın, Member of Presidential Committee on Security and Foreign Policy declared “if Israel takes one positive step, Turkey will take two”, President Erdogan followed by saying “We would like to bring our ties to a better point”.

Bilateral ties have seen tensions since the attack on the Mavi Marmara, part of the Gaza Flotilla to reject Israeli blockade on Gaza, and in 2017 the Turkish Ambassador to Israel was called back.

Unconfirmed media reports state that Turkey is about to send a new ambassador to Israel in order to reestablish of diplomatic ties.

As points of conflict, Erdoğan’s personal relations to Netayahu, Turkey’s support for Hamas and the Eastern Mediterranean’s energy issues are named.

But the Chairman of Vatan Party (Turkey), Doğu Perinçek points to a strategic conflict between Turkey and Israel.

In a recent interview given to Greek newspaper Ta Nea, Perinçek states:

“The Turkish-Israeli conflict is not primarily connected to the energy resources and distribution in the Eastern Mediterranean. The Palestinian Question is also of secondary importance. Israel’s desire to establish an “Islamic Israel” under the label of ‘Kurdistan’ is what lies underneath the Turkish-Israeli conflict and tensions. Israel has divided together with the US Iraq and established in the north Barzanistan.”

Perinçek adds Israel wants to use Barzanistan, the so called Kurdish entity in the north of Iraq, and the terror organization PKK against regional countries:

“Now, they want to use this piece of land against the regional countries. More importantly, Israel supports and feeds the terror organization PKK. Therefore, the conflict between Turkey and Israel is of strategic nature. Accordingly, the Head of Mossad declared few months ago ‘Turkey is the biggest threat in the region’. Moreover, he stated that they consider Turkey even more dangerous than Iran. The most recent security report of the Israeli government makes the same evaluation and statement.”