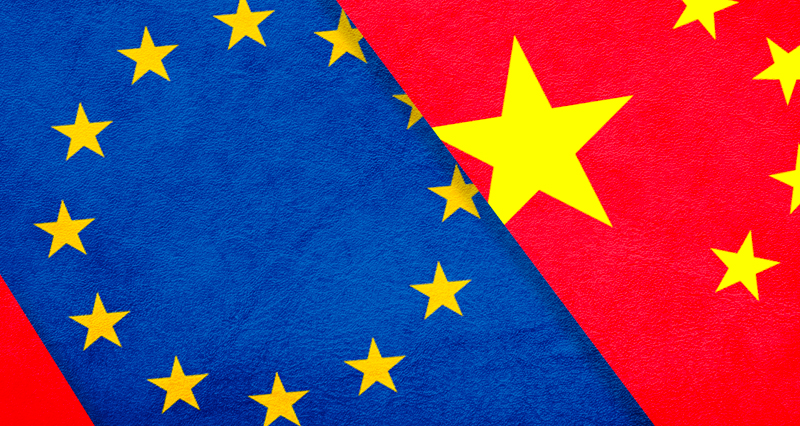 Two different and even opposing events marked the last days of 2020 from the European perspective: On the one side, the highly disputed Brexit-deal was signed off. On the other side, an even higher, in fact seven years long disputed negotiation came to conclusion: the European Union – China Comprehensive Investment Agreement (CAI).

Announced on the 30th of December, the CAI is expected to fundamentally deepen relations between the EU and China and cause a new conflict in transatlantic relations.

THE SCOPE OF THE CAI

According to the European Commission’s press release1, China has agreed to grant greater market access in manufacturing, eliminating the requirement for investors to establish joint ventures with Chinese companies in the sectors of automotive, financial and business services as well as environmental services. Equity caps that limit foreign investment on financial services, computer services, and international maritime transport will be eliminated, while project limits in construction will be abolished.

According to the CAI, Chinese state owned enterprises (SOE) will be required to act in accordance to commercial considerations, and their compliance with CAI-rules will be monitored if necessary. A dispute resolution for activities of SOE, which are believed to achieve 30% of the country’s GDP, has also been established.

The CAI introduces transparency obligations for subsidies in the service sector as well as rules against so-called “forced technology transfer”.

Both sides make commitments on labor and environmental standards, while China agrees to implement effectively the Paris Agreement on Climate and ILO Conventions.

The European Union has investments worth $ 140 billion in China, compared to the $ 120 billion from Chinese origin in the EU. Trade between two entities surpasses $ 1.2 billion – daily.

Mutual investments are expected to rise further, resulting also in more bilateral trade. The Agreement now needs to be translated into the official languages of the EU and finally be approved by the European Parliament.

On the Chinese side, President Xi acknowledged the agreement as “balanced, high-level and mutually beneficial”, highlighting that it will support the global economy and provide a post-COVID push for economic recovery.

The Chinese media praised the CAI even more excitedly, with the Global Times in an editorial calling it “a New Year gift to the whole world.”2 Authors contributing to Global Times even see “new models of global civilization, new modes of modern industrial life for the benefit of humanity” on the horizon.3

Both European and Chinese media agree that the agreement will cause some headache in Washington, taking also into account that it was declared only a month after the Regional Comprehensive Economic Partnership (RCEP) between China and Asian countries.

US CAUGHT BY SURPRISE

Washington seems caught off guard, as states Deputy National Security Advisor of President Trump, Matt Pottinger: ““Leaders in both U.S. political parties and across the U.S. government are perplexed and stunned that the EU is moving towards a new investment treaty right on the eve of a new U.S. administration.”4

Due to the presidential transition, reactions from Washington were somewhat low toned. But Jake Sullivan, designated National Security Advisor of the Biden Administration, stated “we would welcome early consultations with our European partners on common concerns about China’s economic practices”.

President-elect Joseph Biden called for a “coordinated approach towards China”5, while influential Bloomberg described the agreement as “the EU snubbing incoming Biden Administration and damaging transatlantic cause”.6

The EU-China agreement itself is not only made without final consultation with the US, it also endangers US interests in China itself, as market access is granted to European companies. As Jörg Wuttke, Head of European Chamber of Commerce in China underlines, the former agreements of the US with China “caused damage to a lot of partners of the Chinese.”

The Comprehensive Investment Agreement has still a road to go, because it still has to be ratified in the European Parliament. And it has to overcome some transatlantic waves.

Still, announced on the highest level is the CAI prone to evolve global economic weights as well as transatlantic relations.