Kosovo and Serbia: key-themes for discussion 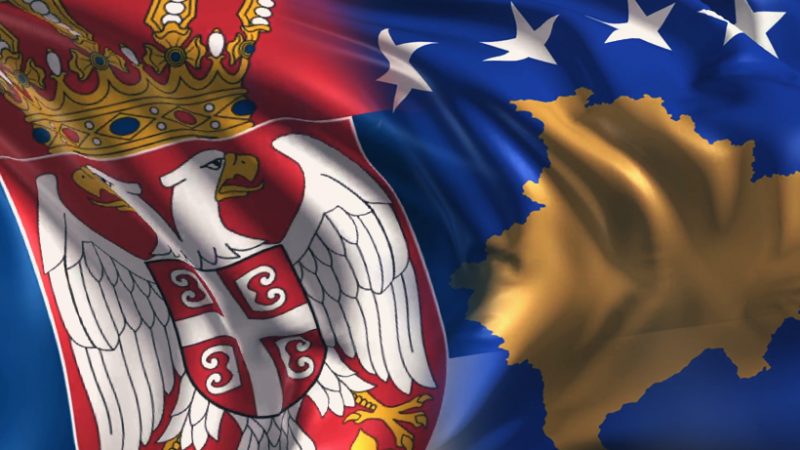 On July 18, a meeting between the Presidents of Serbia and the Republic of Kosovo took place in Brussels. The talks between Aleksandar Vučić and Hashim Thaçi were  held with the participation of the head of European diplomacy Federica Mogerini.  The central aim of the discussions was to find a “comprehensive agreement on the normalization of relations between Belgrade and Pristina” and the recognition of the province’s independence.

Vučić is ready to review the status of Kosovo in exchange for Serbia’s membership in the EU. However,  no breakthrough agreements in the negotiations were possible as they would likely provoke a violent reaction from the Serbian society.

The Context of the meeting

This is the second meeting between Vučić and Thaçi in the last month. The previous round of talks took place in Brussels on June 24. During that meeting, Vučić told the press that the parties had confirmed their intention to solve their problems peacefully and with mutual respect, and also to guarantee the security of the inhabitants of the region. He assured that no final decisions on the status of Kosovo will be taken without the support of citizens of Serbia.

Since the beginning of the year, the negotiation process between Belgrade and Pristina has been repeatedly complicated by incidents in Kosovo. In January 2018, in the Serbian are of the city of Mitrovica in Kosovo, an influential Serbian politician and leader of the civil initiative “Freedom, Democracy, Truth” Oliver Ivanović was killed. His killer is still at large. The death of Ivanović provoked an extremely negative reaction in Serbia itself and among the Serbian population of the region. After coordinating their visit with the Kosovo government, President Vučić travelled to the city, met with local residents, and attempted to reduce the tension.

On March 26 in the northern part of the province, the director of the Chancellery of the Government of Serbia on the problems of Kosovo, Metohija Marko Đurić, was detained. He arrived in Kosovska Mitrovica to participate in a roundtable on intra-Kosovo dialogue between the Albanian and Serbian populations of the province. The special police of the Ministry of Internal Affairs of Kosovo broke into the hall where the event took place and, using force, detained the politician, after which he was taken to the administrative border of the province and handed over to representatives of the Serbian police. The harsh treatment of the Serbian official was a result of his entering Kosovo without permission from Pristina.

The Kosovo authorities now regularly treat Serbian political figures this way. Thus, in the beginning of July, five Serbs were detained because they actively opposed the formation of an independent army in Kosovo. Among them was the director of the local branch of the National Employment Service of Serbia Jovan Denich, the chairman of the Kosovsko-Pomoravsky district Radovan Stojković, as well as other representatives of the local Serbian community. Although they were all released on July 10 after being interrogated by the Kosovo Ministry of Internal Affairs, the fact of  the detention alone triggered an angry reaction from Belgrade.

When the breakup of Yugoslavia began in 1991, Albanians in Kosovo immediately announced their intention to create their own independent state. In 1999, NATO air strikes forced the Yugoslav leader Slobodan Milošević to withdraw the troops and units of the Interior Ministry from Kosovo. In return, a UN peacekeeping contingent was introduce, which nonetheless could not prevent the unrest and persecution of Serbs in this territory. In 2008, Kosovo unilaterally declared independence from Belgrade. By now, most of the world’s countries have recognized the sovereignty of the region. However, Belgrade continues to consider these lands to be its territory to the present. The independence of Kosovo is also not recognized by Russia, China, India, Spain, Greece, Slovakia, Cyprus, Romania and among others. Before the war in 1998, Serbs accounted for about 15% of the population of Kosovo, now they are less than 6% of the total number of residents of the province. Currently, about 100 thousand Serbs live in Kosovo, mainly in the northern portion of the province.