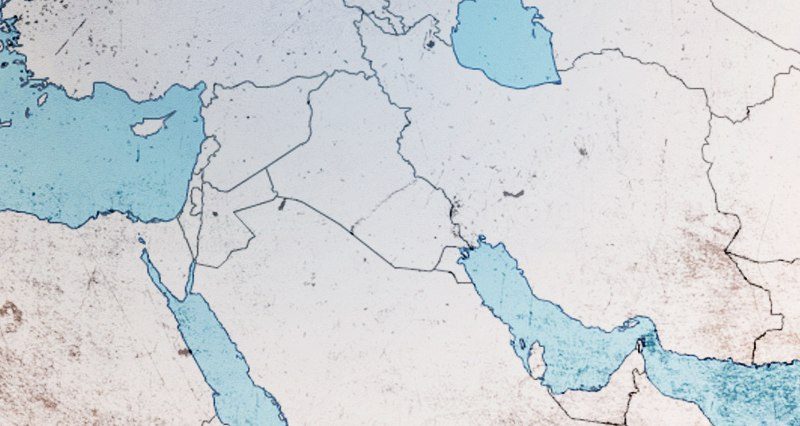 In an exclusive interview with Mehr News Agency (Iran), Onur Sinan Güzaltan – one of UWIdata’s experts – gave his opinion about the assassination of Mohsen Fakhrizadeh, Iran’s top nuclear scientist.

Mohsen Fakhrizadeh, an Iranian nuclear scientist and head of the ministry of defence’s research and innovation, was assassinated in the Damavand region, near Tehran, on Friday afternoon. Although no individual or group has yet claimed the responsibility of the terror attack, there is a consensus view that Israel and the US orchestrated the operation.

Güzaltan says that according to the evidence, Mossad almost certainly played a role in the assassination of the Iranian nuclear scientist.

Given the assassination of Iranian nuclear experts in recent years, how do you see the chain terrorist acts against Iranian scientists?

The assassination of Fakhrizadeh has once again shown that America and Israel’s aggressive attitudes towards Iran continue. It is clear from the Zionist media that Israel had a hand in the attack.

The goal that the US and Israel pursue by committing such attacks is to target the stability of the Iranian government.

The time of Fakhrizadeh’s assassination is also of prime importance. The attack was carried out right after the defeat of Donald Trump who is a staunch opponent of The Joint Comprehensive Plan for Action (JCPOA).

It is possible to argue that Israel is instigating Iran in hopes that they will take steps to withdraw from the JCPOA.

Hassan Rouhani has also commented on the assassination of Fakhrizadeh, saying that “This brutal assassination shows that our enemies are passing through anxious weeks, weeks that they feel their pressure era is coming to an end and the global conditions are changing. They both want to create instability in the region and draw attention away from the terrors and threats they recently pose in the occupied territories (Palestine) … Iran’s enemies should know that the people [and officials] of Iran are braver than to leave this criminal act unanswered. In due time, they will answer for this crime. Iran is smarter than to fall in the trap of the conspiracy set by the Zionists.”

Rouhani’s emphasis on “in due time” and “trap”, means that Israel is surely involved in such provocations to undermine any chance of the US-EU-Iran nuclear deal going into effect again.

Turkey, like Iran, faces similar provocations. The recent detention of an Turkish reconnaissance ship in the Eastern Mediterranean was a conspiracy organized by Germany, Italy, and Greece and an act of imperialist provocation much like the assassination of Fakhrizadeh.

Turkey and Iran must jointly take a stand against such attacks and instigations.

As you mentioned, there is some evidence suggesting the terror attack was carried out by the Israeli Intelligence Service (Mossad). What goals does Israel pursue by assassinating Iranian scientists?

Israel and some in the United States portray Iran as a threat. Iranian scientists and authorities are subjected to terrorist attacks carried out by the aforementioned group.

It is perceived, based on the remarks of Zionist officials and the Israeli media, that Mossad was behind the assassination of Fakhrizadeh.

US president Donald Trump also threw his support behind the terror attack by reposting the tweet of a Zionist journalist.

The common goal of Israel and America isto keep Israel as the only country in the region that has nuclear power, and this is the logic behind the terror attacks on Iranian scientists.

Those targeting Iran’s nuclear projects are silent about the nuclear activities of Israel.

With the new “Deal of the Century” announced by Donald Trump and Benjamin Netanyahu, US-Israeli aggression towards the region has entered a whole new phase.

With this new agreement, the Arab nations were forced into unstable and unjust terms of peace with Israel, while some Arab rulers even got involved with the plan.

Some new actions have been taken as well, in order to end the struggle of the Palestinians through the city of Jerusalem.

Another part of this project is to unite the Arab countries together against Turkey and Iran. We see that the rulers of the United Arab Emirates are taking the lead in this.

To counteract these plans, Turkey and Iran must act together, and take diplomatic steps towards the Arab nations.

Unfortunately, military measures will not be enough in themselves.

In Turkey, at least 9 scientists and engineers working in ASELSAN and TUBITAK on important projects such as the modernization of Turkish F-16 fighter jets, the national main battle tank project and drone projects, have died suspiciously since the year 2006. At the same time, the assassination of some Tunisian, Palestinian and Egyptian scientists has also been witnessed in the recent years. It is clear that the perpetrators of these murders have directly targeted the technological capacities of these countries. What is your opinion on this?

Yes, scientists in Turkey and other countries in the region have been the victims of assassination attempts, acts of terrorism and conspiracies.

We are all aware that it is the United States, Israel and some of the European countries that are behind these actions.

The West does not want the East to rise again. Easterners who strive for any improvement have faced serious threats from the West for centuries.

It is not only scientists, but also the politicians, high ranking soldiers and artists who struggle for their national independence and end up as potential targets of the West. The West has been using its core strength, as well as using its regional collaborators in order to carry out these attacks.

In 2008, many high-rank soldiers, journalists, and scientists, were targeted during the Ergenekon and Sledgehammer trials in Turkey, which were organized by the US-aligned Fethullah Gulen Terrorist Organisation.

The US-Israeli puppet PKK terrorist organization has also been carrying out attacks against professors, teachers and scientists for many decades.

As countries in the region, we must know our enemy well, and even more importantly, we must clearly understand that there can be no middle way with the enemy.

I would like to stress that the only way to prevail over such attacks is through regional cooperation and acting together in the international arena.