Macron is losing control of France 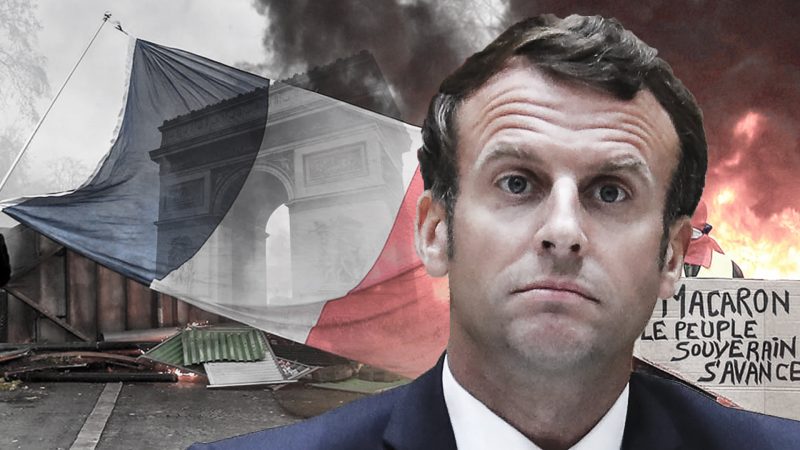 The French people have been demonstrating every Saturday for three weeks against the new security bill passed in the National Assembly.

This week, the people took to the streets in 90 cities and towns of France, especially Paris, with the call of France’s biggest labor confederation, the CGT.

In addition to the new security law targeting individual freedoms and freedom of the press, syndicates called for a “social rights and freedoms” march, putting social rights on the agenda of their actions.

In Paris, there were conflicts between the police and the demonstrators. Apparently, the government has taken lessons from the protests last week because they increased the number of police. The police choked the demonstrators with gas. Paris was once again turned into a warzone: cars were set on fire and the windows of several banks and real estate companies were destroyed.

THE PEOPLE’S OPPOSITION IS BURNING ONCE AGAIN

When the COVID-19 outbreak started, the French people were on the street. They retreated after the start of the outbreak. It was a matter of both individual and social health. 54,767 people died in France by the start of December. Ignoring human health with profit and capital-oriented neoliberal policies, France could not protect its citizens. During this period, the French economy was paralyzed; unemployment was rampant, small business owners closed the shutters, production slowed down and bankruptcies began.

All these developments have further increased the already existing financial and social crisis. Macron and his team, who have been in power for 3 years, decided the solution would be to place the burden of the crisis on employees, laborers and shopkeepers. Austerity packages, increasing taxes, cutting social benefits, attacking social rights gained and pension reforms.

The People’s Movement in Yellow Vests shook Macron’s power structure with repercussions in the rest of the world, setting an example for many European countries which became uprisings against globalist neoliberal governments. Then, the unions united against the pension reform. France was shaken by 18 months of continuous protests. In March 2020, the coronavirus came to Macron’s rescue. This time, however, Macron was defeated by the virus.

With the bill to increase security measures against the rising popular movement, the pin of the grenade had been pulled. The social opposition in the country has also attracted journalists who revolted against this bill. Journalists are now also activists. This is because the bill threatens to destroy freedom of information and bring heavy censorship to the press. Police will send the video to the relevant departments of the interior ministry before reporting the videos they have taken from the journalists.

THE GOVERNMENT TAKES A STEP BACK

Taking a step back in the face of last week’s actions, the government announced its readiness to revise the bill by establishing a commission. The government entered a new state of lawlessness. It could not replace a bill passed by the Parliament with a commission. The bill came to the Senate and could only be dealt with there. With this step, the government aimed to calm the protests, but those organizing and participating in the protests demanded that the bill be completely withdrawn.

FRANCE IS NOT AUTHORITARIAN, BUT SOMEHOW TURKEY IS

French President Emmanuel Macron has lost control both in foreign policy and in the line he follows within the country. We will undoubtedly encounter this determination more often in France.

Macron said that ‘France had been given the image of an authoritarian country in the foreign press, those who were responsible for this were his country’s ‘fake news’ journalists and foreign anti-France militant journalists. Speaking to the internet news site https://www.brut.media/fr, Macron said, “I cannot allow it to be said that France’s freedoms are being reduced. We are not Hungary, Turkey, or something.” In other words, in Macron’s view, France is not authoritarian, but Turkey and Hungary are.

“I always separate the presidency and government from the Turkish people who love freedom, who are a great people of freedom […] and who sometimes have to endure this violence and these restrictions of freedom,” the President of France said referring to President Erdogan. The pro-Western people in Turkey should be glad. Biden and Macron go hand in hand.

Demonstrations may still be allowed in France, but what he doesn’t say is that they will nonetheless be violently crushed by his police. He also leaves out the fact that if a journalist takes a video of police violence against demonstrators and publishes it, he/she will be put in prison and fined. But sure, the protests are technically allowed.