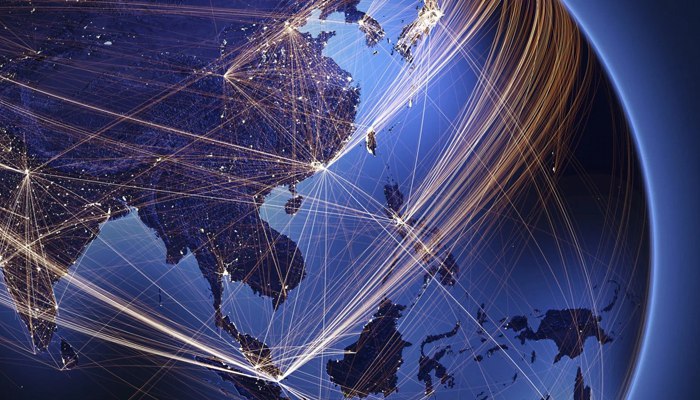 The German Ambassador to Athens said on September 16 that the EU should show Turkey the “stick”.

“Germany, during its European Union presidency, perhaps at the next European Council, will talk to Turkey about the threat of sanctions and the general deterioration of its relationship with the EU,” the German ambassador added.

The conflict in the Eastern Mediterranean continued to be the focus of attention throughout September. At the same time, Southern Cyprus insisted on the imposition of sanctions against Turkey at all meetings of ministerial level in the EU. The statement of the German ambassador to Greece is evidence that the EU supports Greece and Cyprus in this conflict, although it pretends that it aims at solving the issue acceptable for all parties.

On September 1, German Foreign Minister Heiko Maas said that Germany was discussing with the United States possible sanctions against European companies involved in the construction of the pipeline “Nord Stream-2”.

The Head of the German Bundestag Committee on Energy Klaus Ernst said that the possibility of addressing the UN over threats from the US against “Nord Stream-2” are being studied.

The US is actively opposing the construction of Nord Stream-2. At the end of last year, sanctions were imposed on all companies involved in the project. Later on, the restrictions were expanded and included in the US defense budget, touching upon insurance companies cooperating with the construction participants.

The conflict in Nagorno-Karabakh

On September 27, hostilities broke out on the line of contact between Armenian and Azerbaijani forces in Nagorno-Karabakh. Azerbaijan accused Armenian troops of shelling their positions and civilians. Azerbaijani troops launched a counterattack. Turkey said it supported Azerbaijan’s actions.

Nagorno-Karabakh and seven districts around it are illegally occupied by Armenia. UN General Assembly resolutions demanded the withdrawal of Armenian troops from that territory. More than 25 years have passed since the signing of the Armenian-Azerbaijani ceasefire on Nagorno-Karabakh in 1994, but the confluct was not resolved.

After coming to power in 2018, Armenian pro-American Prime Minister Nikol Pashinyan intensified the nationalist rhetoric of the Armenian authorities, which looked like a direct provocation to foment war.

Now there is a direct danger of Russia and Turkey getting involved in the conflict.

However, Lieutenant General Ismail Hakkı Pekin, the former Chief of the Intelligence Agency of the Turkish General Staff, suggests that the new Astana model for South Caucasia may be the way to solve the problem. According to him, Turkey, Iran and Russia may bring forward a joint strategic plan for Nagorno-Karabakh.

The Astana model for the Karabakh conflict

Opposition protests continued is Belarus. The protesters demanded that President Alexander Lukashenko resign, accusing him of falsifying the results of the August elections. Despite that, on September 23, Lukashenko took the presidential oath. Thus, he officially began his new presidential term.

EU countries and the United States will try to induce a “Venezuelan scenario” in Belarus, continuing to try to overthrow Lukashenko using external pressure and sanctions and creating “parallel” authorities.

The death of the Emir of Kuwait

On September 29, Emir of Kuwait Sabah Al-Ahmad Al-Jaber Al-Sabah died at the age of 91. He was undergoing medical treatment in the United States.

His half-brother Nawaf al-Ahmad al-Jaber al-Sabah has become the new emir of Kuwait. In recent months, when Sheikh Sabah was treated in the US, he was already only partially acting as head of state.

Sheikh Sabah ascended the throne in 2006, before which he headed the Kuwaiti Foreign Ministry for several decades. Sabah carried out democratic reforms. Under him, Kuwait pursued a relatively sovereign foreign policy, balancing between Qatar and the UAE bloc, Saudi Arabia and Bahrain.

Kuwait positioned itself as a relatively neutral country in the Persian Gulf, having close contacts with Turkey, Gulf countries and the US. Kuwait is likely to continue this policy under a new ruler.

According to these documents, the UK has created an extensive infrastructure for conducting information warfare against Damascus.

The main efforts of the UK were aimed at the formation of a positive image of opponents of Syrian president Bashar al-Assad in the eyes of Western and Arab audiences.

On September 12, peace talks between the Taliban and the Afghan government began in Qatar. US Secretary of State Mike Pompeo also took part in the talks. Positive results have not yet been reported.

The UAE and Bahrain reconciled with Israel

On September 15 in the Washington D.C. Foreign Ministers of the UAE and Bahrain in the presence of US President Donald Trump and Prime Minister Benjamin Netanyahu signed an agreement on normalizing relations with Israel. Officially, the agreement was named “The Abraham Accords”.

The Palestinian authorities called these agreements a betrayal. De facto, the agreements aim to unite the US allies in the region. The agreements are aimed primarily at Iran and Turkey, which now oppose both the hegemony of the United States as well as the strife for regional superiority by Israel, the UAE and their allies in Syria, Libya, the Eastern Mediterranean and Yemen.

Chinese Foreign Minister Wang Yi and his Indian counterpart Subramanyam Jayshankar agreed on normalizing the situation at the border between the two countries in Ladakh on September 10 in Moscow.

The situation on the de facto control line in Ladakh deteriorated in May, when, according to New Delhi, 20 Indian soldiers were killed in a clash between the border guards of the two countries. India also accused the Chinese military of provocations in late August. China rejects those reports, saying the line of control was crossed by Indian troops.

Mass protests under the slogan of Black lives matter continued to shake the US during the last month. The city of Louisville in Kentucky was gripped by unrest. The authorities imposed a curfew, but it did not help. The crowd took to the streets anyway and destroyed everything in their path.

The protests in the US have a vivid political tinge, and are organized by left-leaning political groups that make no secret of their fight against President Donald Trump. The purpose of some of the protest organizers is to mobilize protest forces in order to ensure Joe Biden’s victory in the US presidential election. Many protesters will support Biden’s claims for victory after November 3 with mass demonstrations.

The first 2020 presidential debate in the US

On the evening of September 29, the United States watched the first television debate of presidential candidates: incumbent President Donald Trump and Joe Biden. The main topics of the debate were the economy, the coronavirus and race protests in the United States. Both Trump and Biden insulted and interrupted each other continuously.

During the debate, the Democrat candidate called the incumbent president “Putin’s puppy”, a liar, a clown and the worst president in US history.

The debate left an unpleasant impression and exposed the acute schism within American society as well as the extremely low political culture of the American political class.

Venezuela: Arrest of an American spy

On September 11, Venezuelan President Nicolas Maduro announced the detention of an “American spy” who was caught red-handed near two refineries in the northwestern state of Falcon. In a televised address, the Venezuelan leader reported that the suspect was detained with weapons and large amounts of cash.

Maduro also said that the Venezuelan authorities recently broke a plot to bomb El Palito refinery in the northern state of Carabobo.

The US is not giving up on regime change in Venezuela. Meanwhile, the authorities are strengthening ties with Iran, Turkey, Russia and China.

Mali: a coup and new PM

Ndao has appointed former diplomat Moctar Ouane as prime minister. Ouane served as Mali’s foreign minister from 2004 to 2011. From 1995 to 2002, he was Permanent Representative of Mali to the United Nations and then became diplomatic adviser to the West African regional bloc Economic Community of West African States (ECOWAS).

The appointment of a civilian prime minister could lead to the lifting of sanctions imposed by ECOWAS after last month’s coup.

The coup leader, Colonel Assimi Goïta, chose Ndao, who was inaugurated as Transitional President on Friday, September 25. The appointment of a civilian president was a condition for ECOWAS to lift the post-coup sanctions imposed on Mali.

On September 18, Vice President of the Libyan Presidential Council Ahmed Maiteeq and Commander of the Libyan National Army General Khalifa Haftar announced a deal that removes obstacles to oil exports from Libya.

In January, Haftar, relying on Libya’s loyal tribes of east and ha, blocked Libya’s oil exports. He tried to put pressure on the UN-recognized Government National Accord (GNA). In addition, Haftar and his allies tried to achieve redistribution of income from oil exports.

The new agreement creates a joint committee, which will monitor the redistribution of income. It will include representatives of two opposing governments of Libya. The agreements are mutually beneficial. However, it has been criticized within the GNA.

The reason behind the critics is the political struggle for the seat of Prime Minister Fayez Sarraj. He promised to resign before the end of October.

Ahmed Maiteeq is seen in Turkey and several other countries involved in the Libyan conflict as one of the main contenders for leadership in the GNA. Profitable oil deal, possibility of oil export that promises to refill local budgets in Libyan cities will undoubtedly bring him support from the local population.

The Australian economy collapsed immediately by 6.3% in the second quarter (relative to the first three months), and by 7% in relation to June of last year. This was evidenced by the data of the Bureau of Statistics, released on September 2. The decline in GDP was observed for the second consecutive quarter, while in the previous quarter GDP decreased by 0.3%.

The recession was a consequence of the coronavirus. Similar and much more serious economic problems are observed in all Western countries. In the US, the GDP decreased by 31.7% in the second quarter, in Singapore – by 42.9%, in Great Britain – by 20.4%.