At the Brink: are China, Russia, and the US preparing for war? 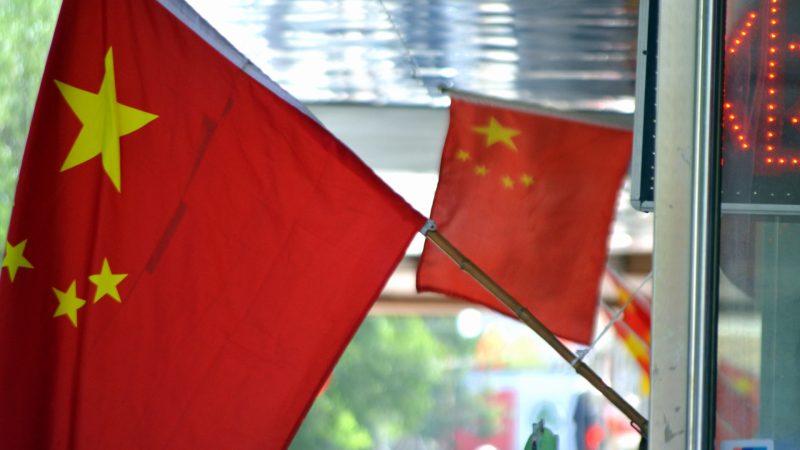 The Head of the Pentagon Mark Esper recently named Russia and China as the main strategic rivals of the United States. The US Defense Secretary repeated this claim during his speech at the Rand Corporation.

“Today, in this era of great power competition, the Department of Defense has prioritized China then Russia, as our top strategic competitors. These revisionist powers are using predatory economics, political subversion, and military force in an attempt to shift the balance of power in their favor, and often at the expense of others,” Esper said.

This anti-Chinese and anti-Russia sentiment is amplified by the warmongering statements of Esper’s subordinates.

The new Chief of Staff of the US Air Force Charles Q. Brown Jr.  recently stated that the US should prepare for a potential war with Russia or China, the combat losses of which would be comparable to World War II. This message was disseminated in his recent article “Accelerate change or lose”.

“Tomorrow’s Airmen are more likely to fight in highly contested environments, and must be prepared to fight through combat attrition rates and risks to the nation that are more akin to the World War II era than the uncontested environment to which we have since become accustomed, – the general stated. – The US Air Force must develop and build deep institutional understanding of China and Russia, and reward and retain those Airmen who foster the personal attributes necessary for success in the challenging future ahead”, he wrote.

According to the US military commander, the era when the US was undivided in the air and had “uncontested Air Force Dominance” has come to an end. Without air domination, he argues, neither the US Air Force nor any other kind of troops can conduct their operations on a global scale.

“Competitors, especially China, have made and continue aggressive efforts to negate long-enduring US warfighting advantages and challenge the United States’ interests,” he concluded.

In his opinion, “future warfare will not remain far” from American shores. Therefore, the US Air Force should strengthen its training to counter China and Russia.

General Brown was appointed to his post August 6. Nashoba Air Force, the highest officer position in the US Air Force. His position is yet another indication that the US military sees a possible military confrontation with China and Russia as quite possible in the near future.

China: ready for a war

On September 11, Hu Xijin, editor-in-chief of the official Chinese newspaper Global Times, which reflects positions on international issues of the Communist Party of China Central Committee, published an article stating that “China must be militarily and morally ready for a potential war.”

The article claims that China does not want war, but has territorial disputes with several neighboring countries, all of which are encouraged by the US as a part of its confrontation with China. There is also the Taiwanese issue; the risk that mainland China will be forced to enter into war has increased dramatically in recent years.

The Global Times states that China should not be afraid to go to war, even if the US is on the other side. Moreover, readiness for such a conflict could become a means of restraining the aggressive aspirations of Washington and its allies.

“Chinese society must therefore have real courage to engage calmly in a war that aims to protect core interests, and be prepared to bear the cost. In that way, China’s comprehensive strength can be effectively transformed into a strategic deterrence against all kinds of provocateurs,” Hu Xijin said.

Such an open call to prepare for war on behalf of the official newspaper of the CPC Central Committee is a sign of serious changes in the foreign policy line of the Chinese leadership. Since Deng Xiaoping, Beijing has avoided public statements about its possible involvement in military conflicts. The country had been focused primarily on peaceful development in the shadow of developed Western states.

Such direct statements make it clear that China is not bluffing: it is ready to use military force with determination. These statements break with the previous paradigm of Chinese foreign policy when Beijing tried to “keep its head down”.

On August 7, the official body of the Russian Ministry of Defense, Krasnaya Zvezda published an article by Major General Andrey Sterlin and Colonel Alexander Khryapin titled “On the Basics of the State Policy of the Russian Federation in the Area of Nuclear Deterrence”.  Sterlin is the head of one of the departments of the Main Operational Directorate of the Russian General Staff, well Khryapin is a leading research worker of the Center for Military Strategic Research of the Military Academy of the General Staff.

The article by two high-ranking Russian military officials is intended to explain the document on Russian strategic nuclear planning published for the first time on June 2, “Basic Principles of State Policy of the Russian Federation on Nuclear Deterrence”, to foreign audiences.

Digital currency will end the reign of the dollar

The main idea that the Russian military is trying to convey is the possibility of using nuclear weapons in response to any aggression, even if the aggressor does not use nuclear weapons first. This option could be used if any other weapons of mass destruction are used or the existence of Russia is somehow called into question.

Thus, Moscow is expanding its defense posture to the possible use of nuclear weapons, signifying that it will react severly to any attempts to deprive it of its sovereignty. In the same way, the US’ attempts to develop limited-range nuclear weapons in order to resort to an immediate global strike using non-nuclear weapons could be countered by Moscow.

In response to any large-scale aggression, Moscow is ready to punish the aggressor with all its nuclear power.

China’s satellite network overtakes the US’

Tensions on the rise

Ground forces, bombers, fighter jets and naval strike groups – the Pentagon and NATO have intensified in recent days its activity at the borders of Russia’s closest ally in the west – Belarus. The US Tank Battalion recently landed in Lithuania to participate in an exercise called Atlantic Resolve.

According to the Belorussian Defense Ministry, five hundred servicemen, 29 tanks and 43 BMPs were taken to the Lithuanian training range, just 15 kilometers from the Union State border.

That is not a massive force, but the fact that the resumption of US military activity near the borders of Belarus coincided with pro-Western protests in that country, a traditional ally of Russia, raises concerns about preparing or working out a scenario of a possible military invasion with “humanitarian” objectives.

At the same time, the Russian Strategic Air Force is increasingly recording flights by strategic aviation and air scouts. Boeing B-52H Stratofortress bombers first appeared in the Ukrainian sky near the Russian borders a few weeks ago.

At the same time, the United States is conducting major exercises in the Pacific Ocean. Battleships, including the aircraft carrier USS Ronald Regan and 11,000 troops were sent to Guam.

The geopolitical confrontation between the United States and Russia or China is reflected in the military planning of these three leading military and nuclear powers of the world. All three countries express their readiness to conduct military operations, including the use of nuclear weapons, to protect their interests and sovereignty.

The lines of confrontation are clearly defined, and the world is becoming more conflict-prone, with military force and the military potential of a state playing a decisive role.

Recent publications by US, Chinese and Russian officials leave no doubt about the determination of each side. From a different perspective, the publicity of these statements means that each side is committed to ensuring that its actions, strategies and intentions do not remain a mystery to the others, and that its basic orientations are calculated and predictable.

This reduces the likelihood of military conflict by miscalculation, despite the crisis in the international legal framework of the current arms control regimes (the US rejection of the INF Treaty, and the termination of the new START 2021).

At the same time, Moscow and Beijing, amid US pressure, are intensifying their military cooperation. Evidence of that is China’s active involvement in the Russian military exercises: “Vostok” in 2018 and “Tsentr-2019” in 2019. In late September 2020, China, together with Russia, Belarus, Armenia, Iran and Pakistan, will participate in the “Caucus 2020” military exercises.

It is no accident that the US mentions China and Russia in pairs, naming both its main geopolitical rivals.

Combining the military capabilities of Moscow and Beijing in a single Eurasian defense continental alliance is the least advantageous outcome for the United States. We should expect further strengthening of activity in this direction, as it is in the interests of both China and Russia. At the same time, the US will have nothing left but to use military pressure on both countries. Other measures of pressure such as sanctions and trade wars have proven too inconsistent.

The alternative to such a large scale conflict is for the United States to completely abandon its claims to world military leadership, which is unlikely due to the blind faith of the entire American political class in American exclusivity and the interests of the American military industrial complex in the country’s immense war budget. The war-machine is not capable of stopping on its own, yet must be stopped.