What is Macron really planning in the Eastern Mediterranean? 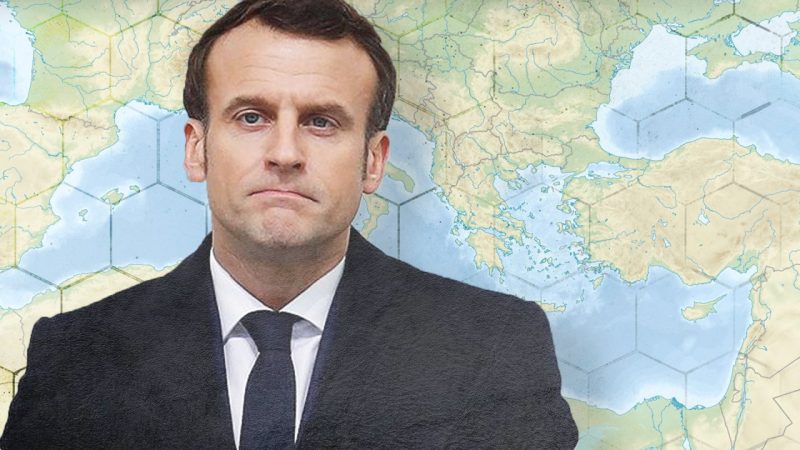 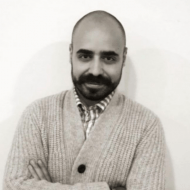 French President Emmanuel Macron swore he would help build tensions between Greece and Turkey in the Eastern Mediterranean. He is actively arming the Greek army against Turkey, sending air and sea forces to disputed areas and even mobilized an aircraft carrier – the great Charles de Gaulle. But why exactly?

Perhaps the French President cannot stand Turkey’s Erdoğan and wants to provoke him? Is it because “Turks respect deeds more than words” as he recently put it? Or is it because he has  a specific agenda he has been meticulously weaving over the past few years?

Indeed, bilateral relations between France and Turkey have always fluctuated and have had their ups and downs throughout history – however, lately, they have hit rock bottom.

It is interesting that according to the French press, Emmanuel Macron is apparently seeking advice from Sarkozy, both on domestic and foreign issues, making him his personal “guru”. French newspaper Le Figaro even stated, in early July of this year, that Sarkozy was the brain behind Macron’s government reshuffle. Surely it is no coincidence if these two globalist French statesmen get along so well, at least for now.

Today Macron has become a cheesy replica of his predecessor and newly appointed “chief advisor” Sarkozy. Like Sarkozy in the old days, Macron currently tries to assure European unity through a sharp hostility to all imagery and recorded clichés linked to Turkey.

Will Macron use the tragedy in Beirut to restore French rule over Lebanon?

The European Union was initially founded in reaction to nationalistic antagonism. Today, nevertheless, some of its members, like France, survive solely via the voluntary fomentation of enmity vis-à-vis the Turkish nation.

Of course, Macron’s motives behind this comprehensive strategy are plural.

First of all, patriotic/nationalist opposition in Europe and particularly in France is on the rise, aimed at creating a “Europe of nations” in contrast to a “federal Europe” sponsored by globalists.

Macron is under great pressure at home since he had to deal with internal unrest such as the Yellow Vest protests, but also criticism emanating from different sovereigntist categories of the political scene (whether right or left-wing) regarding his blind commitment to the “federative European” ideal.

The French philosopher Michel Onfray, for example, who has become one of the harshest opponents of Macron’s policies in France, said that Macron has actively worked for the destruction of the country on the international scene, selling it in small fragments.

Macron’s nationwide popularity took a hard hit during the first months of the pandemic and is still unable to recover in the polls, oscillating between 28 and 31% confidence among the French people.

Thus, Macron attempts to fill the gap between his so-called “magnificent” projection of himself and his actual achievements, rather poor in essence, by relying on international developments where he believes he has the opportunity to shine.

Secondly, and in relation to the first point, President Donald Trump’s rhetoric of “semi-isolationism” during his first term created a very substantial vacuum in NATO’s actions and leadership. Macron is well aware of the situation, proclaiming on Nov. 2019, that NATO was “brain dead”.

From Syria to Libya and the Eastern Mediterranean, the French President wishes to take the leadership of the old (liberal) “Free World” over, an idea which I consider to be totally outdated and obsolete regarding the principal dynamics of the 21st century, setting an example for globalists in their quest to find a “role model” since Trump has been so reluctant to do it.

Finally, and perhaps most crucially, as German Chancellor Angela Merkel’s retirement lies imminent (2021). Macron thinks his interventionist foreign policy could trigger and/or accelerate a tighter unification on a continental scale via the formation of a unified European army.

Recall that in Nov. 2018, Macron called for the creation of a “true European army” to counter various threats directed against the EU coming from “authoritarian regimes, Russia, China and even the US”.

Indeed, in order for these goals to be pursued, Macron’s appeal to the classical “Turkish argument” is quite understandable.

What better argument could we have than that “Muslim Turk” representation is there to accompany this trinitarian envision? What better argument to subvert millions of people’s collective subconscious and to reactivate nearly archaic cultural codes spreading civilizational hostility?

It enables, on one hand, his ability to contain and/or neutralize domestic opposition originating from “patriotic/nationalistic” circles, but simultaneously helps revive global liberal-democratic interventionism alongside a deep-rooted anti-Turkish vein that animates some European political cadres and societies.

The argument is surely understandable but also very risky, even dangerous since Macron has actually encountered serious difficulties in explaining to his countryman why exactly the French army has to meddle in a disagreement between Greece and Turkey.

A political strategy of establishing steady tension in the Eastern Mediterranean is not sustainable for France, especially in respect to French public opinion. Arming the Greek army isn’t a solution either, since comparing Greece’s military capabilities (even when armed by France) to Turkey’s is something of a joke. Moreover, I sincerely believe that Germany and the EU’s Eastern members won’t tolerate a lasting environment of crisis at Europe’s gates for long.

Youssef Hindi: NATO and its alternatives

Macron’s France, along with the unfortunate Greeks, would sooner or later be abandoned by their respective friends and allies inside Europe, expected to favor a mediation effort over virulent discourses and conflict.

In the end, Macron will have to face the fading patience of the average French citizen, Greeks’ overall weakness, some EU member states’ apathy and the impossibility of ruling Europea by omitting the Berlin factor altogether.

No politician would want to be in Macron’s shoes then!