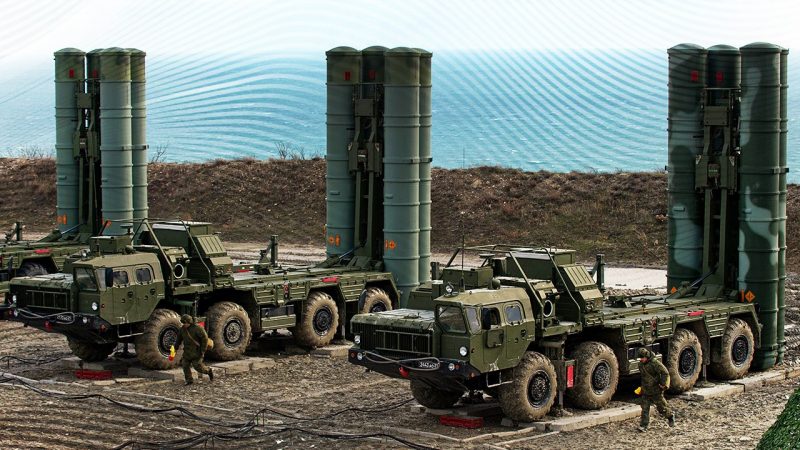 After the first S-400s that Turkey purchased from Russia, some said that installing them had been abandoned, and that the systems themselves were essentially junk.

While the US administration, which warned Ankara against purchasing the S-400s, continues to threats of sanctions, on the other hand, Aleksandr Mikheev, CEO of Rosoboronexport (the state intermediary agency for Russia’s exports/imports of defense-related and dual use products, technologies and services) said that a second agreement regarding an S-400 delivery to Turkey was signed, and that they discussed the financial model for the implementation of the agreement between Moscow and Ankara. Speaking to journalists within the framework of the International Military-Technical Forum Army-2020 held in Moscow, Mikheev said, “The agreement has been signed, we are currently discussing the financial model for the implementation of the agreement with our partners.”

Dmitry Shugayev, Director of the Federal Service for Military-Technical Cooperation, said that they were in an advanced stage of debate over the delivery of the second S-400 batch, but that the agreement had not yet been signed.

İsmail Demir, President of Undersecretariat for Defence Industries, announced in June 2020 that Moscow and Ankara agreed in principle over the second batch of S-400s’ delivery.

The delivery is expected to be on the agenda after an agreement is reached.

We talked about the developments with Retired Major General Beyazıt Karataş, who previously said that there was no return from the S-400.

‘There is no turning back’: experts analyse Turkey’s S-400 activation postponements

‘IT OUGHT TO BE ACTIVATED FOR TRAINING’

When the official opening of the first batch of S-400 was delayed, there were various rumors that it would be returned or discarded unused. Now, the purchase of a second batch of S-400s has been announced. How do you evaluate this?

I have said before that there is no return from the S-400 project. It appears that a settlement has been reached or a contract signed for the second S-400 purchase. However, the second batch’s delivery will become clear after financial issues have been clarified. The first S-400 fleet was established with the delivery of the first batch of S-400 in July-September 2019. Now, when the second batch arrives, the second fleet will be established.

The US administration continues to threaten Turkey with sanctions over the S-400. The House of Representatives has adopted a draft of a law on imposing sanctions on Turkey over the purchase. What do you think about why Turkey insists on buying the S-400s despite outside pressure?

Turkey, of course, will apply some sanctions against countries and countries who define PKK/KCK and PYD/YPG as their ground forces and hosted the ringleader of FETÖ since March 21, 1999, and were behind the coup attempt on July 15.

For years, NATO members, especially the US, have supported the PKK/KCK and the PYD/YPG terrorist organization. Their policies in Iraq and Syria, their support for FETO, their standing behind the July 15 coup, their efforts to preserve a 60-100,000 strong force the majority of which consists of PKK/KCK, PYD/YPG in Syria, clearly show they are targeting Turkey. In essence, this is nothing other than a hostile attitude of the US/NATO towards Turkey. Of course, Turkey will question the US/NATO’s threats itself. The most important indicator is that the US/NATO and the West are opposed to Turkey’s territorial integrity. Now, it is necessary to question alliance relations in the face of these plain facts and to take measures accordingly.

However, the S-400s are an air defense system, not an offensive weapon. It will be used against enemies who will threaten and attack our country. This means: As it has been brought to the agenda, it is not directly against NATO, it is a system to be used against “enemy country” threats that can come from the air, whether they come from a NATO member country or not.

‘THE TIMING IS EYE-CATCHING’

Does it have a special meaning that Turkey announced that the agreement will be signed after a Turkish drilling ship found a 320 billion cubic meter gas field in the Black Sea?

It may seem that it is not relevant, but after the announcement of the natural gas reserve in the Black Sea, it is striking that such a statement would be made regarding the delivery of the second batch of S-400s, which are still in negotiations.

The S-400 will remain on the agenda in Turkey. On the other hand, it is understood that relations between Turkey and the US will be unstable in terms of the S-400 after the US elections in 2021.