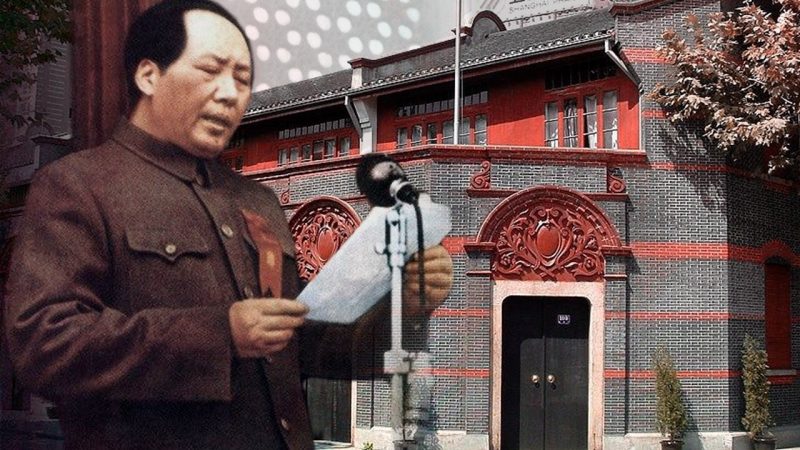 The Communist Party of China (CPC) held its first general assembly in Shanghai on July 1, 1921, illegally and under dangerous conditions. This date was later accepted as the foundation date of the CPC, which is now 99 years old. From its humble beginnings, the CPC now has 91 million members. It administers its members and leads the people with its 4.6 million organizations. The CPC is the largest political party in the world and is the driving force behind the Chinese miracle.

THE SMOKE IS LIFTING

In light of the pandemic, there has been quite a bit of debate regarding the CPC in the Western press. Obfuscating claims that the party is “not communist” spread by Western imperialism are beginning to lose their effect.

US imperialism has declared the Communist Party of China their arch-enemy. US Secretary of State Mike Pompeo described the Chinese Communist Party as the “the central threat of our times” at a joint press conference with the British Foreign Minister in London on January 30, 2020. (1)

”America, under President Trump’s leadership, has finally awoken to the threat of the Chinese Communist Party’s actions and the threat they pose to our very way of life. For decades, conventional wisdom in both US political parties, the business community, academia, and media, has held that it was only a matter of time before China would become more liberal, first economically and, then, politically. The more we opened our markets to China, the thinking went, the more we invested capital in China, the more we trained PRC bureaucrats, scientists, engineers, and even military officers, the more China would become like us.

As China grew richer and stronger, we believed the Chinese Communist Party would liberalize to meet the rising democratic aspirations of its people. This was a bold, quintessentially American idea, born of our innate optimism and by the experience of our triumph over Soviet Communism.  Unfortunately, it turned out to be very naïve.

We could not have been more wrong—and this miscalculation is the greatest failure of American foreign policy since the 1930s. How did we make such a mistake? How did we fail to understand the nature of the Chinese Communist Party?

The answer is simple: because we did not pay heed to the party’s ideology. Instead of listening to what Chinese Communist Party leaders were saying and reading what they wrote in their key documents, we closed our ears and our eyes. We believed what we wanted to believe—that the Party members were communist in name only. Let us be clear, the Chinese Communist Party is a Marxist-Leninist organization.” (2)

The Communist Party of China (CPC) was founded in 1921 with about 50 members. After the establishment of the People’s Republic of China in 1949, the number of members reached 4.5 million: it has now reached 91 million, about 7% of the Chinese population. 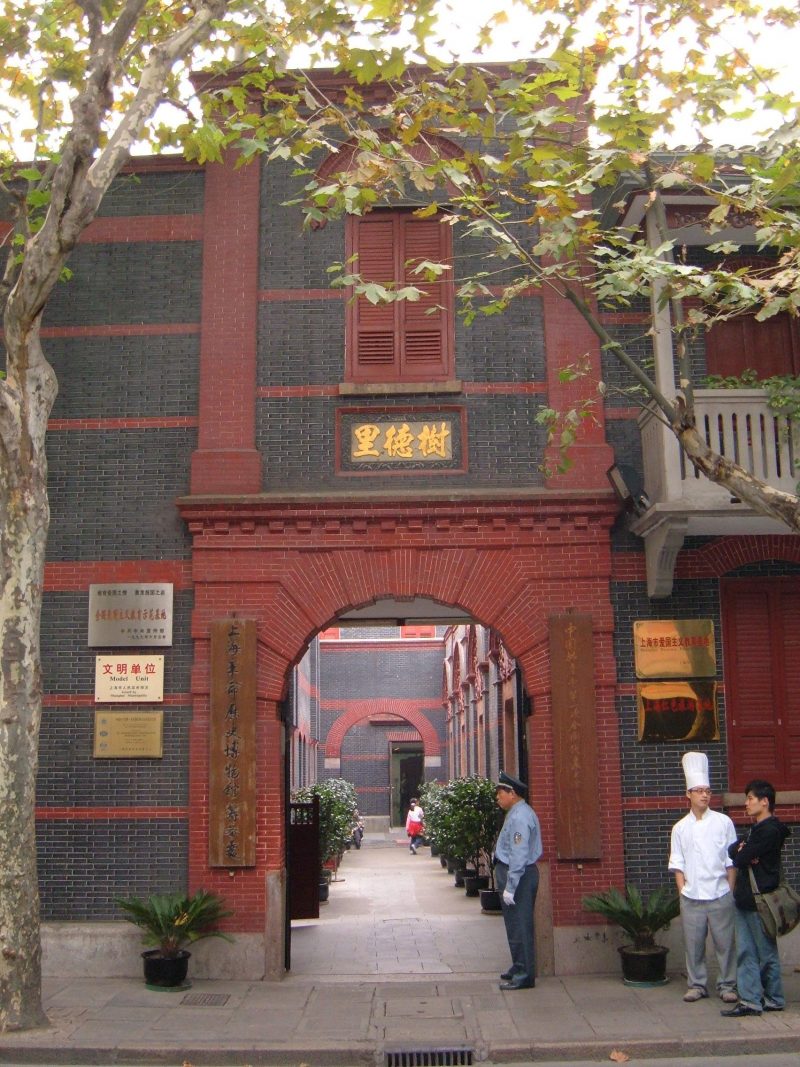 Being a CPC member is not easy; members are recruited carefully. There is a long candidate membership period. After testing and trying, the new members are registered. The trends in the CPC’s management also determine from which segment of society the members are selected. While Jiang Zemin was the Party Secretary, the relatives of the Party and state administrators were mostly members of the Party, despite often not meeting the requirements.

7% of the members are minority nationalities, and about 7 million CPC members are not of Han origin, the majority nationality. President Xi considers increasing the number of minority members to be a means of uniting the Chinese nation. A special study is being carried out among Uyghurs to gain new members for the CCP.

THERE WOULD BE NO NEW CHINA WITHOUT THE CPC

All Chinese people, regardless of whether they are CPC members or not, accept that “If there was no CPC, there would be no New China.” The “new China” here characterizes “prosperity, confidence, safe life”. This aphorism was also made into song for the CPC, and reverberated in every corner of China on July 1. The Chinese people jointly declared: “Meiyou Gunchendan meiyou shin Cunguo!”

After hearing the phrase, I jokingly told a middle-aged taxi driver in Shanghai that “without Mao Zedong, there would be no new China”. He replied with a smile: “Without the Communist Party of China, there would not be a Mao Zedong”. 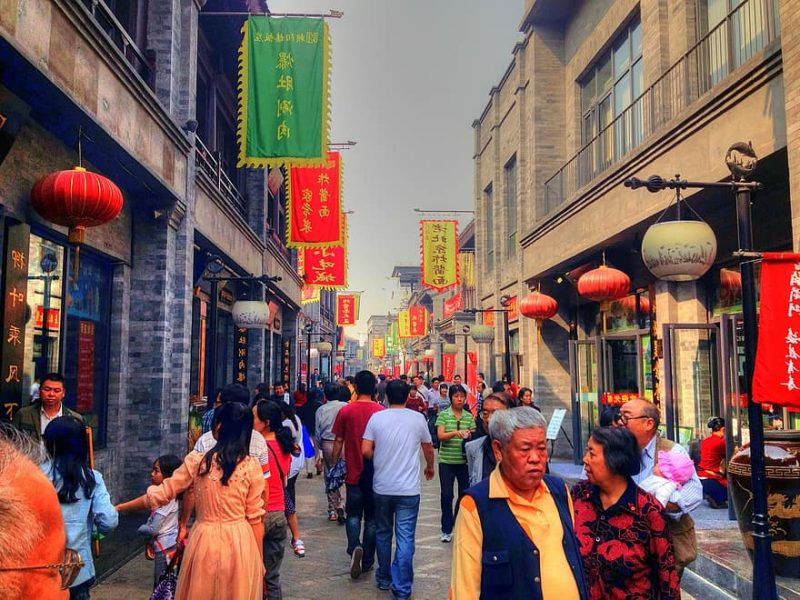 THE CPC GROWS YOUNGER AS IT GETS OLDER

According to records at the end of 2019, the proportion of CPC members under 40 now exceeds one third. The party has more than 30 million young members. As a party with a century of history, maintaining such a “strong and energetic” structure is undoubtedly a rare experience.

The secret of the continuity of the CCP is that it is extremely humble, and that it has made a tradition of learning from criticism and correcting mistakes. The CPC harmonized scientific socialism with the essence of Chinese culture through the great contributions of Mao Zedong. Although it looks big and bulky from the outside, we all witnessed how agile it is in critical events during the recent Coronavirus outbreak.

“I AM THE SON OF THE YELLOW EARTH”

The CPC has identified that China has entered the “new era of Chinese-specific socialism” since the 18th Plenary Session. They declared in the 19th Plenary Session that “Xi Jinping thought” was the guide of the new period. Getting to know and understand the CPC Secretary General and President Xi Jinping makes it easier to understand the CPC and China.

Xi Jinping talked to poor villagers in the Shaanxi (Shaanxi) province on April 22-24, 2020: “When I came to Huangtu (Yellow Land) Plateau at the age of 15, I was confused, I did not know which direction to go. When I was 22, I had a solid target and self-confidence when I left. As a public servant, I can say that my roots are on that plateau in the north of Shaanxi, because those lands fed my unchanging belief: to do concrete work for the people! Wherever I go, I am always a son of the Yellow Earth.

“To understand whether the CCP Central Committee’s policies are good, what needs to be looked at is whether the peasants are smiling or crying. If they are smiling, it means it’s good, it is necessary to continue the policies. If they are crying, it is necessary to improve and regulate policies. It is possible to reach beautiful days with effort. The difficulties should not intimidate us. As long as we have our self-confidence and determination, there is no difficulty that we cannot overcome.

“Let us not change our goal to bring these good days to the people. The foundation and the arterial of the Communist Party of China (CPC) is the people. The CPC leads the people in the revolution, construction, and reform movements. The main purpose is to bring the people the good days. No matter how difficult the test or how strong the pressure, now matter what the price, we should never change this goal. “(3)

CONCLUSION: THE CPC IS GIVING HOPE TO HUMANITY

The CPC tells the foreign party representatives it hosts, “What you see here is true and beautiful according to the realities of China. Don’t copy us. You will find the suitable solution for your own people and your own country”. They have made it a tradition to repeat this message. The success of the Communist Party of China gives the determination to oppressed countries to endure, and to establish a new world by relying on their own power. On the other hand, the CPC is providing hope for the future to humanity. The CPC is proving that a period in which humans will not be the slaves of others shines on the horizon of humanity.

One response to “To understand China, we must understand the Communist Party”