Borrowing puts the Egyptian economy in a vicious circle 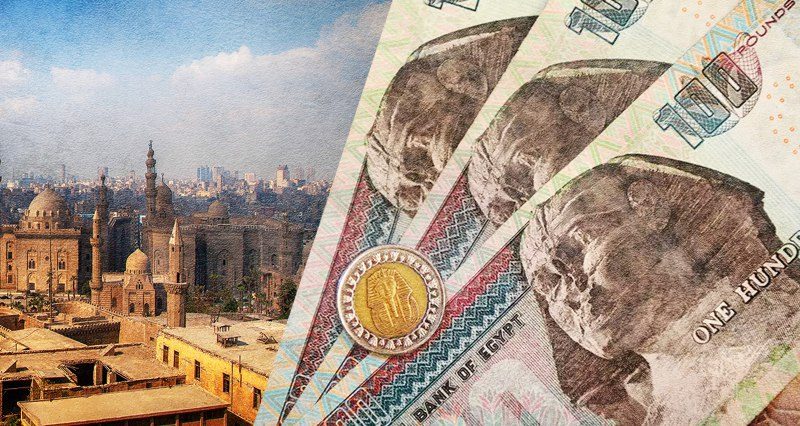 In his book “The Story of the Egyptian Economy”, well-known Egyptian economic thinker Jalal Amin emphasized that borrowing is an old and traditional behavior of the Egyptian government.

In this important book, which explains the development of debt in Egypt since the beginning of the modern Egyptian state, Amin said that during the 2 past centuries, Egypt witnessed various experiences of debt the country had no need to incur.

The first instance was in the 19th century when Khedive of Ismail huge debts despite the prosperity the country was living in. That debt after 13 years reached the point where the country was unable to pay it off.

The failure to pay these debts caused Egypt to be occupied for 70 years. Therefore, the desire of any Egyptian authority to borrow, the extent of the need for borrowing, the level of public debt, and the country’s ability to pay it off, have remained questions asked throughout the past decades, regardless of who rules the country.

After the country lost all its foreign exchange reserves, which reached $ 36 billion in 2010, in light of the instability that followed the 2011 revolution, there was urgent need to borrow to meet Egypt’s financial obligations.

Despite all the aid and grants that the country received from Gulf countries such as Saudi Arabia and the UAE, the economic conditions were difficult, to the extent that led President Abdel Fattah Al-Sisi in 2014, one week after taking the oath, to raise fuel prices, in a move that was not dared by any president before.

Most economists who were opposing to resorting to external borrowing did not have the argument or alternative to reject the idea of resorting to the International Monetary Fund, especially as the country at the time was unable to pay for fuel shipments or even pay the dues of foreign oil companies operating in Egypt. The exchange rate of the dollar in the parallel market was more than twice the rate on the official market.

In 2016, the Egyptian government entered into serious negotiations with the International Monetary Fund to obtain a $ 12 billion loan. In addition to this loan, Cairo obtained several smaller loans from other foreign entities and through issuing bonds.

Another return to IMF

But with the outbreak of the Corona epidemic, which shook the economies of the world, including Egypt, the Egyptian government rushed to resort to borrowing again, in the same way from the International Monetary Fund and through the issuance of bonds in euros.

Over the past few weeks, Egypt’s foreign debt reached record numbers, after obtaining loans worth about $7.9 billion from the International Monetary Fund (IMF) under two different agreements, in addition to selling $5 billion worth of Egyptian bonds abroad.

These sums represent a new debt burden for the country. According to the latest World Bank report on Egyptian foreign debt released in May, Egypt accumulated debts amounting to about $112 billion in 2019, an increase of 16% compared to 2018. This figure does not, however, include new debts incurred by Egypt during 2020 as the annual report only covered 2019.

These numbers lead us to ask whether the country suffers from an acute liquidity crisis that pays it for such loans.

The pandemic seems to have put the country’s foreign-currency sources in real danger, in many ways.Tourism, which was bringing in US$1b a month, has collapsed. Many foreign investors have sold their Egyptian T-bills. Revenue from the Suez Canal has slumped, with the Economist Intelligence Unit in London predicting a 22.6% decline in global trade volume in 2020.

Egyptian pound faces a drop since before the partial lockdown imposed by the authorities in response to the outbreak of the pandemic in the country.The currency has been declining since reaching a high of 15.6 to the US dollar in mid-February, and now trades at 16.18.

In its April report, Nomura added Egypt to the list of six countries whose currencies are seen as at risk of a crisis within the next 12 months. Nomura sees the pound ending 2020 at 16.55, before falling by another 4% to 17.20 by the end of 2021.

But Financing from the International Monetary Fund and a successful eurobond issue look sufficient, from point of view of some economists, to ward off the “Sword of Damocles”, the label used by Nomura to identify emerging market currencies which are seen as at risk of a crisis within the next 12 months. On the index, if a country receives a score above 100, it is then labeled as vulnerable.

Nomura tracks 30 countries for its measure. A score of 100 or more puts a country on the danger list. Egypt now has the highest Damocles score of 176, a jump of 91 points from July 2019.

If the recent loans would save Egypt from the crisis that Nomura expects, but it does not hide the real problem of the country’s economy.

Egypt’s economy has been shaken up many times since the ousting of its long-time president Hosni Mubarak in 2011. Since then, the internal political situation has taken time to stabilise and with that the economic programmes aimed at bringing the country to speed and functioning at its potential.

The Egyptian economy grew on average at 5% in the decade leading to 2011. Although its growth was diversified, it lacked inclusiveness.

The Egyptian economy’s lack of such inclusiveness was a subject of agreement between two former government officials, though they are different in economic direction. Both expressed this view when talking about returning again to the International Monetary Fund to obtain a new loan to overcome the consequences of the pandemic.

– The liberal economist Ziad Bahaa El-Din, who is the former deputy prime minister for economic affairs in the first government after the June 30 revolution, said in an article in Al-Masry Al-Youm newspaper that he welcomes the last loan of the International Monetary Fund, but the government must to review its social and economic policies to determine the role of the state in the economy, stimulate the productive sectors, attract investment. He also called for a re-discussion of public spending priorities in order to direct state resources to human development and improve public services.

– The leftist economist Joudeh Abdel-Khalek, the former Minister of Social Solidarity, said in an article that Al-Masry Al-Youm and Al-Ahram newspapers refused to publish, that the country’s economic situation after Corona epidemic revealed the fragility of the rentier economy model that Egypt followed for a period of half a century. He emphasized that this model does not achieve sustainable development and put the country in a downward spiral of widening poverty circle, following waves of high inflation, the continuous erosion of the value of the Egyptian pound, the accumulation of internal and external debt and the aggravation of the problem of unemployment. According Joudeh, this model prompted the Egyptian governments to offer rentier resources for sale and to the frequent recourse to the Bretton Woods institutions (the World Bank and the International Monetary Fund) in search of a way out of the crises under the name of economic reform programs.

Regardless of the two opinions, the figures confirm the problem of the Egyptian economy, according to the figures.

Egypt’s national debt has nearly tripled since 2014, from about $112bn to about $321bn after Egypt secured an additional $5.2bn loan from the IMF. Nearly 40 percent of Egypt’s annual budget is devoted to paying off interest on loans.

Overall, the country’s poverty rate has increased from 26 percent in 2013 to 33 percent in 2018. According to a 2019 World Bank report, about 60 percent of Egyptians are either poor or vulnerable.

A quick look at the loans of local banks shows that most of them are to the government in various forms, while loans to the private sector, which are supposed to be an indication of the vitality of the economy, we discover a very bitter truth.

The central bank in 2016 required all banks to set aside 20% of their loan portfolios for small and medium-sized companies (SMEs). Yet the banks have continued to hold large portfolios of government securities, with sovereign debt accounting for one-third of banking sector assets as of October 2019.

According to the Economist Intelligence Unit (EIU), low levels of private sector lending means that Egyptian banks have healthy asset quality. The non-performing loan (NPL) ratio stood at 4.2% of total loans at the end of 2019.

According to a survey by Cairo University researchers in 2019, the vast majority of Egyptian start-ups are still launched without external capital. Only 3.2% of businesses begin life with a business loan.

The continuation of this economic pattern, which is based on rent rather than production, which ignores the stimulation of foreign investment and does not support the private sector, which does not give priority to spending on public services such as health and education, but at the same time it gives a major priority to white elephant projects that are labor-intensive but have limited returns, Inevitably, it could lead the economy to enter a vicious circle of borrowing to bridge the fiscal deficit and pay off the interests of old debt.

A shock to the rentier economy

The epidemic crisis was not more than a light spot indicating the weaknesses of economic growth in Egypt based on the export of gas, oil and tourism, not agriculture and manufacturing. Growth is based on short and medium-term foreign borrowing.

The shock of the epidemic has struck the rentier economy on which the country depends in all its aspects, remittances from Egyptians working abroad, tourism revenues and Suez Canal revenues.

It also caused the flight of billions of dollars that foreigners were investing in Egyptian treasury bonds and bills.

According to official figures released by the Central Bank, $ 21.6 billion escaped from Egypt during March and April in the largest wave of investments exit in 6 years, after the turmoil in the world markets since the beginning of this year after outbreak of the pandemic in China and its transfer to the rest of Countries of the world.

Before the disclosure of the central bank figures, the Minister of Finance, Muhammad Moait, revealed, at the beginning of April, that foreign investments in government debt instruments, whether they were bonds or treasury bills, decreased from 28 billion dollars to about 14 billion dollars, affected by the economic shock of the Corona virus. This means that the amount withdrawn by foreigners has exceeded 25 billion dollars since the beginning of the year.

All these facts confirm that Egypt’s excessive dependence on foreign debt has made a fragile economy vulnerable to any shock.

However, the government continues borrowing as if it is addictive, to the extent that the burden of loan repayment in Egypt has reached half the size of the public budget (47.7%), and debt service has become the largest item of government spending. For every pound that goes to all forms of social spending, from education, health, housing, support the needy, the wages, purchase of goods and investments, a pound goes to paying off loans or interest.

Here, we should remember Jalal Amin’s say: borrowing is an old and traditional behavior of the Egyptian government. But at the same time, we must remember what Egypt went after following the first painful debt experience in the nineteenth century.