What are Ankara`s next steps in Libya? 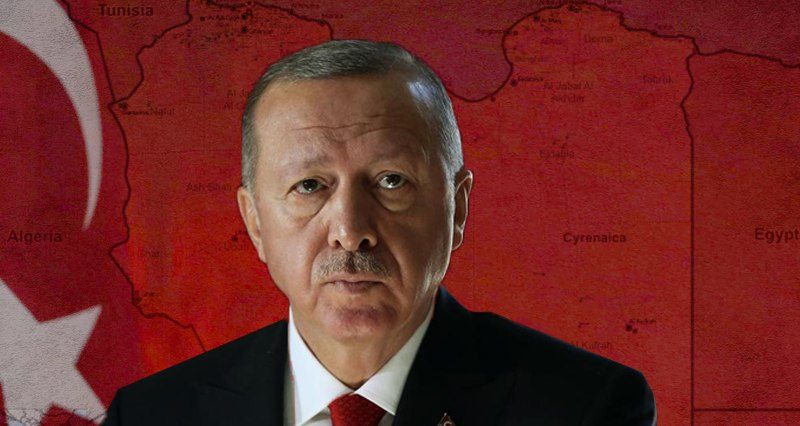 Diplomacy requires seeing an issue from the opposing side’s perspective and coming up with a reasonable offer well defending one’s own demands.

Otherwise, the steps taken to ensure diplomacy is effective would not give the desired expectations, and the discourse would in effect remain a monologue.

Diplomacy is the art of leaving a gap open for the other side to step in, creating a situation which is overall in your favor despite the negative conditions.

The opposing side should not feel the defeat while stepping through the open gap, and yet the negotiator would get the best result possible.

The “peace agreement” signed by Germany in Versailles after it was defeated in World War I left no gap for Berlin. The result was the devastation of World War II and Nazism. European countries such as France and Britain who forced the Treaty of Versailles on Germany paid a heavy price later on.

The Treaty of Qasr-e Shirin (Zuhab) signed between the Ottomans and the Safavids in 1639, is an example of the Ottomans successfully performing the art of leaving a gap. It was recognized not only by the defeated Safavid Empire of the time, but also by its successors for about four centuries after; even today, Turkey and Iran still recognize the borders set by this treaty without any disputes.

It would be beneficial to understand the multilateral issue in Libya and the steps taken by all parties, which could cause problems that could last many years if the correct steps are not taken.

US think tanks and the Libyan War

LIBYA BETWEEN THE UNITED STATES AND RUSSIA

It is clear that Turkey has made major advancements with its military actions in Libya. With these actions, Ankara has graduated from playing a passive role in Libya, and became a serious player.

Nonetheless, influence and the capabilities of superpowers such as the United States and Russia are still important in the region.

For this reason, Ankara is trying to make room for itself in the diplomatic table, by pursuing a “politics of balance” between Moscow and Washington, alongside its military actions.

President Erdogan stated that “a new era may start between the US and Turkey in this process(Libya)”, during a telephone conversation with his counterpart Trump, a comment which should be perceived as a message to Russia which is taking actions in Libya while trying to maintain contact with Egypt.

In parallel with this message, authorities in Ankara made statements threatening cooperation with Russia in Syria.

On the other hand, let us note that the American officials are in contact with Egypt in a way similar to Russia.

A BALANCE OF POWER

When we look at the process as a whole, it is clear that the United States and Russia are looking for a solution in Libya through a balance in relations with both Turkey and Egypt.

A glance at Egypt: Cairo’s push to take charge of negotiating Ethiopian and Libyan crises

Turkey, on the other hand, is trying to consolidate its power and legitimize its gains in Libya, through the balance of power policies between the two countries.

When we look at Egypt, we see a similar balance of power policy being pursued by Cairo, to protect its national interests in Libya, by contacting both Washington and Moscow.

But both Ankara and Cairo insist on working among themselves instead of contacting both Washington and Moscow.

Although the Foreign Minister Mevlut Cavusoglu’s evaluations about the Eastern Mediterranean last week suggested that “The most rational thing for Egypt, would be to establish a dialogue with Turkey”, the use of the term “putschist” to describe the Al-Sisi government shows that there are still difficulties to go through when establishing a dialogue.

It is still unknown how long Ankara will pursue diplomacy in relation to Cairo, especially when the heavy weight of the Libyan issue is taken into account.

On Cairo’s side, some signs of seeking an agreement with Turkey were shown within the Ministry of Foreign Affairs and General Intelligence Service, especially after the latest events in the Eastern Mediterranean, but insistence to the contrary within the Presidential office is still ongoing.

On both sides, we find traces of ideological obsessions left from the past.

Establishing direct talks between Ankara and Cairo would stabilize the situation in Libya, as well as prevent any third party, such as the United Arab Emirates or the United States, from interfering negatively in the relations between the two countries.

Otherwise, the plans of the United States and the Gulf powers to pit Turkey and Egypt against each other will surely gain momentum.

Some reports stating that the Egyptian and Russian officials held several talks just before Cairo’s call for a ceasefire and for a political solution on Libya have resonated in the media.

Immediately after the cancellations, Turkey’s Special Envoy to Libya, Emrullah Isler, had an interview with a news site called Middle East Eye where some important information for understanding the current situation was laid out.

Isler underlined that Haftar is about to lose his Russian support, while saying that “He has no place in Libya’s future.”

When he said that “Political dialogue must be held between the politicians. Aguila Saleh can carry on this process as a politician”, it was understood that Turkey would accept the negotiations with Aguila Saleh instead of Haftar.

At this point, it is worth reminding everyone of Aguila Saleh’s statements right after his meeting with Al-Sisi in Cairo, about whether there could be a solution in Libya without Haftar.

On the other hand, the reason behind the delays in the negotiations between Turkey and Russia has been revealed as an outcome of Sirte and Jufra. Isler had also shared that “negotiations will continue” with Moscow.

We can conclude from Isler’s statements that there may be normalization in the relations between Ankara and Cairo if Egypt agrees to meet with the GNA.

When we put events that took place in Libya, between Turkey, Russia and Egypt, and the interview of Emrullah Isler together, we can conclude that:

1. The main dispute between Turkey and Russia is dependent on the outcomes from Sirte and Jufra, and on the Egyptian security concerns,

2. Turkey would agree to negotiate with Aguila Saleh instead of Haftar,

3. Turkey and Egypt can establish a dialogue through a possible meeting between al-Sarraj and Aguila Saleh.

The war in Libya has evolved into a diplomatic situation.

The “open gaps” that Turkey could leave to its possible dialogue partners would prevent the endless conflicts, as well as create new opportunities in Africa and the Middle East.