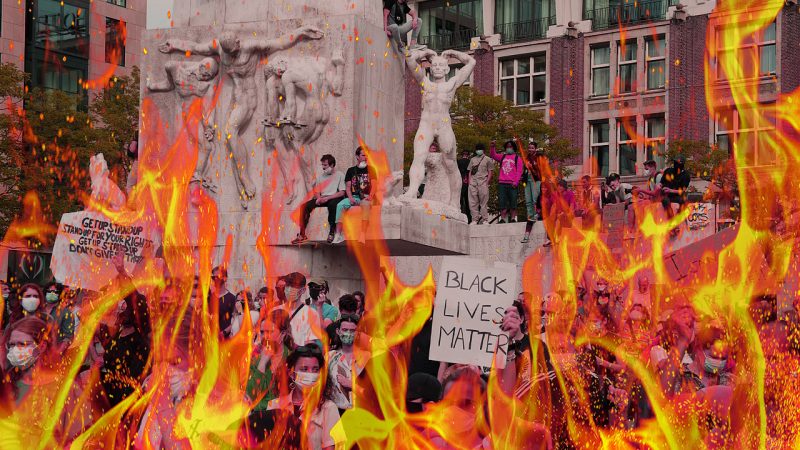 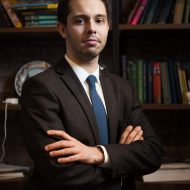 As 2019 remains fresh in living memory, a year of much U.S. backed violence around the world, one might say Washington is receiving a gargantuan dose of Karma considering the chaos that has so quickly engulfed its country.

The participants of America’s most recent wave of insurrection, violent and peaceful, are not wreaking havoc and meeting with foreign imperialist leaders over an unextraordinary law, as is the case in Hong Kong. They are not looking to overthrow the government with the help of opportunistic foreign powers, as in Iran and Venezuela. American protesters are combating the centuries-old tradition of racism in the United States.

Leaders from across the anti-imperialist world, specifically those who had struggled against U.S. interventions justified by a concern for human rights, have called out the hypocrisy of Washington’s finger pointing. Iranian Foreign Minister Mohammad Javid Zarif called for a “#WorldWithoutRacism” on Twitter, in support of Black Lives Matter. President Nicolas Maduro also tweeted from Venezuela; he called the protests an “awakening…against a whole system of racism and structural repression.” As for China’s Foreign Ministry Spokesperson, Hua Chunying, she simply replied “I can’t breathe” to an American official’s tweet criticizing the Communist Party’s handling of Hong Kong.

After all, American policemen kill more of their own countrymen than any of their counterparts in other developed nations. Statistics show that their brutality has been disproportionately directed against Black Americans; and while this social ill has persisted for many decades, it’s only one episode in America’s long history of institutionalized racism.

NYC will not stop.

This is the 20th straight day of #BlackLivesMatter protests.
pic.twitter.com/3Z7h9nLsHS

Few people, inside and outside the U.S., know that law enforcement in the southern half of the country traces its legacy back to the first fugitive slave hunting gangs of the early 18th century. After the Fugitive Slave Act was passed in 1850, these gangs expanded their operations into the North, forcing slaves to seek refuge in Canada to become legally free.

Once gunpowder and bayonets broke the chains of slavery in 1865, fugitive slave hunters reorganized themselves into law enforcement groups – many of which had members in the Ku Klux Klan. Even after the post-Civil-War Reconstruction period, when monuments to the Confederacy were torn down and its supporters were repressed by military force, the legacy of southern secession and slavery lived on; in fact, it was reborn.

Between the late 19th century and mid-20th century, the age of Jim Crow laws and segregation not only disenfranchised America’s Black population, but also rehabilitated the Confederacy in historic memory. Many of the confederate statues now being torn down by activists were actually built during this period, not throughout the Civil War – and with the approval mainly of southern democrats.

Former U.S. President Woodrow Wilson, himself a southern democrat, was a leader in this campaign of Confederate revivalism. Under his administration, segregation in federal workplaces was signed into law and America’s first 12 reel film Birth of a Nation, which portrayed the Ku Klux Klan as heroes who protected White Americans from violent Blacks, was screened in the White House to great applause.

It wasn’t until the Civil Rights Act of 1964 was passed that segregation was prohibited on a federal level. Still, many consequences of redlining, the denial of services or infrastructure to a community on the basis of race, and segregation remain de facto in existence to this day, since Washington has yet to truly address the system’s racist practices.

A Confused Generation of Activists

But how can institutional racism be quantified? And how can it be dismantled?

The Civil Rights leaders of the past knew that the social ills associated with institutionalized racism were, first and foremost, rooted in economics and that they had to be tackled through disciplined political action. Martin Luther King Jr. was president of the Southern Christian Leadership Conference – a centralized organization that used direct political action to change policy concerned with the economic condition of Black America. Their tactics were not exactly how today’s liberals like to remember and use King’s legacy for their own political goals. They were often illegal, intended to bring state violence upon themselves to showcase its immorality, and rarely involved simply yelling slogans at a legally permitted march.

The Marxist-Leninist Black Panther Party also understood that racism manifested itself primarily in economics. Free food and medical programs consumed much of the Party’s time and resources as its community watch patrolled the streets. More importantly, Party members combined these programs with political work – they understood that liberation could come only from self-reliant and disciplined political action.

The women of the Black Panther Party pic.twitter.com/zz8AFu791y

Unfortunately, the contemporary situation of the anti-racism movement in the United States is a far cry from the times of MLK and the Black Panthers. Narcissists and attention seekers are not in short supply, as evidenced by the multiple viral videos of white people begging for forgiveness at the feet of a group of black people. Wealthy liberals like Jemele Hill and Emma Watson are using the situation to feign sympathy with the oppressed, advancing their social and career standings. All the while, the only high profile organizations involved in the unrest, Antifa and Black Lives Matter, are both highly decentralized and have no concrete plan as to how they will actually dismantle institutionalized racism.

Defunding the police is a good start, as most departments in the U.S. are over militarized and the surplus money could be put to better use in public programs. However, there is no indication how this would contribute to decreased levels of brutality.

There has been little talk of how to bring racial ghettos out of poverty and integrate them into society, or of how this movement can permanently change the capitalist system that has forsaken Black Americans for so many years.

The closest contemporary parallel with the current movement seems to be Occupy Wall Street – a decentralized mess of protesters who sought to challenge the very real injustice of economic inequality and failed. Unless a disciplined organization or party comes forward to harness this spontaneous unrest for political purposes, it is likely the most recent chapter in America’s long march of history will suffer the same fate.