The US Strategy in Libya exposed by the Israeli lobby 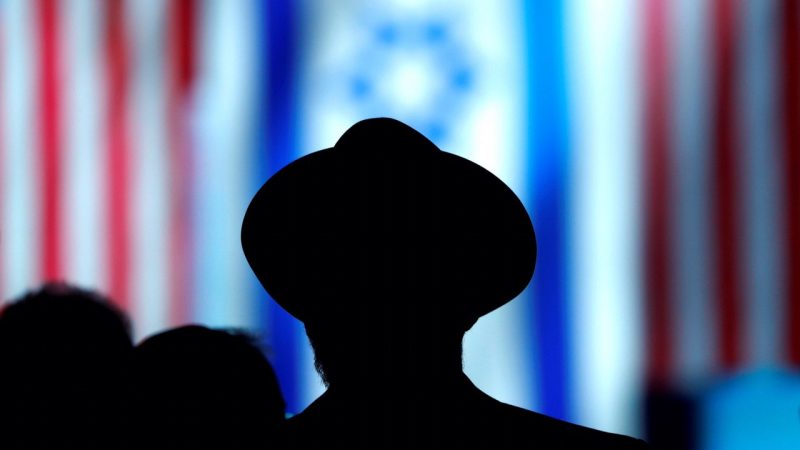 One of the leading institutions of the Israeli lobby in the United States, the Jewish Institute for National Security Affairs (JINSA), recently declared that “America Must Act In Libya Against Turkey, Russia”. On June 8, Breaking Defense, a well-known US web portal on defense and security issues, posted related material.

The authors of this material were Eric Edelman – former US Ambassador to Turkey and former Undersecretary of Defense for Policy and Charles Wald, former Deputy Commander of US European Command. Today, Wald is a Distinguished Fellow at JINSA’s Gemunder Center for Defense and Strategy.

Turkey and Russia as dual threat

The article by the prominent American experts, despite its title and a photograph of an alleged Russian plane, (https://unitedworldint.com/11186-who-is-really-sending-warplanes-to-haftar-and-why-the-us-is-blaming-russia/) in Libya, is almost entirely focused on criticism of Ankara.  The authors argue that Turkish military presence in Libya “threatens vital US interests”, and could allegedly “create space for a revival of the Islamic state” and threaten the interests of Israel, as well as other US allies in the region. Therefore, they call on the US “to tackle the military drivers of instability, first and foremost the Turkish and Russian”.

“Once a reliable ally, Ankara’s gunboat diplomacy, support for the Muslim Brotherhood and increasingly close relations with Russia put it increasingly at odds with traditional partners like the United States, Europe, Israel and Egypt,” the article notes.

In May, JINSA Gemunder Center’s Eastern Mediterranean Policy Project released the report “Turkey’s Escalation in Libya: Implications and US Policy Options”. In it, JINSA experts criticized Turkey’s role in Libya.

“The time has come for the United States to assert a crucial leadership role in addressing the Libyan conflict and forestalling the expansion of negative outside influence – primarily Turkish and Russian – over this strategically-located, energy-rich country on Europe’s southern doorstep,” the report states.

One of the key tasks for the US, noted JINSA representatives, is to get involved in the process of peaceful settlement and new elections in Libya “and establish a non-Islamist regime that serves Libyan national interests”. The crucial for the American support would be “persuading the GNA to renounce its EEZ agreement with Turkey”.

The brain of the Israeli lobby

Renowned American theorists of international relations John Mearsheimer and Stephen Walt in their famous academic work “The Israel Lobby and US Foreign Policy” refer to JINSA as one of the core institutes of Israeli lobby in the US. It is a right-wing, conservative think-tank sympathetic to the administration of Benjamin Netanyahu and the Likud party. It has existed for 44 years under the motto of “Securing America, Strengthening Israel”.

JINSA’s special feature is its focus on military-to-military ties. The think tank, through its Generals and Admirals Program, actively engages influential retired American military personnel, sending them on visits to Israel, establishing a close relationship between the American military-industrial complex and the Jewish state.

Vice President Dick Cheney, former National Security Advisor and former US Representative to the United Nations John Bolton, and former Undersecretary of Defense for Policy Douglas Feith have all been involved in JINSA activities.

One of the authors of the strategy to deter Turkey and Russia in Libya is Eric Edelman, a well-known neoconservative who founded with William Kristol, Robert Kagan, the Foreign Policy Initiative. For a long time, he openly attacked Turkey’s independent policy in American media.

There are two things of interest for the publications of JINSA regarding Turkey and Russia.

The first is why, in the midst of discussions in Turkey on the possibility of reconciliation with Israel, is the Israeli lobby in the US is actively attacking the interests of Ankara in Libya and Eastern Mediterranean? Does Israel really want reconciliation with Turkey?

Do national interests oblige Turkey to cooperate with Israel?

Apparently, at least part of the Israeli and allied American establishment is against establishing relations with Turkey at all.

The second question is why the calls of Turkey’s adversary to contain Ankara and Moscow coincide with US actions in the region. Do they reveal the real attitude of the US strategists towards Turkey, despite all the rhetoric of alliance in the frames of NATO?

The Americans are coming back

Recall that over the past few weeks, the United States has been actively trying to return to any role in the Libyan conflict.

Bashagha’s turn to the West and Turkish Interests in Libya

Thus, it has made several statements in support of the Government of National Accord. The Pentagon, following Interior Minister Fathi Bashaga, announced the presence of Russian military aircraft in Libya. In May, a document of the research service of the US Congress noted that the US may return to a military presence in Libya. The US also announced the strengthening of its presence in Tunisia on the border with Libya.

The Tunisian rift: US’ gateway into Libya

At the same time, on June 8, US Ambassador to Libya Richard Norland met with Dr. Emad Al-Sayah of the High National Elections Commission (HNEC). They discussed the prospects for future elections in the country.

“As prospects for a ceasefire and genuine political dialogue increase in the coming days, Amb. Al-Sayah agreed that it is necessary for the HNEC to be adequately prepared and supported to mount such an effort,” the account of the US Embassy in Libya wrote on Facebook.

Doesn’t this seem to show a desire to intervene in the Libyan elections before they even begin, preparing the ground for the transfer of power to a pro-American government in accordance with JINSA’s recommendations?

The US continues to take an anti-Turkish stance on the exploitation of Eastern Mediterranean resources. Recall that in January 2020, the deputy assistant to the US secretary of energy expressed desire for the United States to join as a permanent East Mediterranean Gas Forum.

On June 5, the State Department criticized the Turkish-Libyan agreement on the Eastern Mediterranean, a sign that the US would not renounce its stable anti-Turkish position on the issue.

On June 8, Turkish President Recep Tayyip Erdogan and his American counterpart Donald Trump had a telephone conversation. The Turkish leader said “After our talks on the transition process in Libya, a new era can begin between Turkey and the US”.

However, there are serious doubts that the United States can play a positive role in resolving the Libyan crisis.

Americans are interested in pushing both Turkey and Russia out of Libya. Naturally, they can promise something to Ankara in exchange for ousting Russia from the region, but this alone will not solve the Turkish problems in Libya.

It is not Russia, but the UAE, Egypt and Saudi Arabia that are providing Khalifa Haftar with equipment and money. These countries are considered loyal allies of the US. The Americans will not go against their interests.

In addition, the US is not going to make concessions to Turkey in Libya regarding control of the Eastern Mediterranean. Publications of American think-tanks, including JINSA, demonstrate that, sooner or later, the Americans will violate any agreements to oust Turkish influence from the region. There is no sign that the American government will change its position.

In at least one aspect, Turkish and Russian interests on Eastern Mediterranian coincide. Russia is not interested in transferring gas from the Mediterranean (Egyptian, Southern Cyprus or Israeli) to Europe as an alternative to Gazprom supplies. On the contrary, the US needs this gas to reduce Moscow’s leverage over the Old Continent.

The implementation of the Turkish-Libyan agreement on maritime borders may hinder the construction of the Egyptian-Cypriot-Israeli gas pipeline to Europe. Russia will have fewer competitors for the gas it supplies to the EU, including through Turkey. Thus, Russia also needs to realize that implementation of the Mavi Vatan concept is in its interests.