Coronavirus and global US bio-laboratories around the world 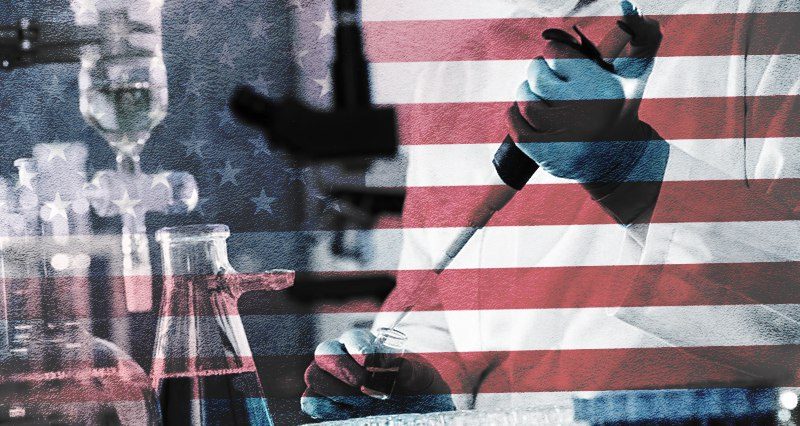 The document states that Beijing concealed news of the emergence of COVID-19, destroyed evidence of infection experiments in laboratories and did not provide biomaterials for the vaccine to scientists from other countries.

Similar accusations were made by US Secretary of State Mike Pompeo. On May 3, he said he had evidence that an outbreak of coronavirus began in a laboratory in the Chinese city of Wuhan.

Secretary of State Mike Pompeo tells @MarthaRaddatz China “did all that it could to make sure the world didn’t learn in a timely fashion” about COVID-19.

"It was a classic communist disinformation effort," he adds and they will be held "accountable." https://t.co/GuFHVQTZXT pic.twitter.com/rEpbzDPoj9

“I can tell you that there is a significant amount of evidence that this came from that laboratory in Wuhan,” Pompeo declared.

Earlier, US President Donald Trump made a similar statement, saying that he has evidence that the virus outbreak began in a Chinese laboratory, but he can not present it to the public.

The real targets of the attack

The US and its allies have launched a massive information attack. The goal is to accuse China of spreading the virus, impose sanctions and other restrictions or use the threat of their imposition in a geopolitical struggle. It is possible that the US may use the situation as an excuse to refuse to pay its debt to China.

What kind of conflict is brewing between the US and China?

China is the first and so far the only country in the world to have emerged from the peak of coronavirus and, at the same time, managed to preserve its economy. Instead of catastrophically falling from its position as a superpower, China has instead improved its image and emerged victorious. The same cannot be said of the US. Consequently, strange as it may seem, the Coronavirus pandemic has been to China’s advantage.

The US and its allies are counting on a new and protracted struggle with China to prevent China from capitalizing on its victory and becoming the economic leader of the new world. If the US had blamed China for problems that did not concern most of the world’s population (such as demonstrations in Hong Kong or “violation of the rights of Muslims” in Xinjiang) now they are employing a topic that concerns everyone – COVID-19.

Questions for theUS and Australia

Not only China, but also the US, France and other countries regularly experiment with various  viruses. These experiments often have the potential to result in the most unexpected consequences. The laboratory in Wuhan currently in dispute was set up in cooperation with France. The prominent French bio-industrialist Alain Merieux acted as a consultant during construction of the high-security biosafety P4 laboratory in 2018.  French scientists passed on techniques, money, equipment, trained staff. Their American colleagues took active part in joint work with Chinese scientists from this institute.

At the same time, according to Australian The Daily Telegraph, it was the Australian government that prepared and funded a group of Chinese scientists who worked in the laboratory, which genetically modified the deadly coronaviruses to be transmitted from bats to humans.

A number of key staff members from the Wuhan Institute of Virology, who are on the government file, were trained or hired by CSIRO, Australia’s animal health laboratory, to conduct basic research on deadly pathogens in living bats, including SARS, as part of a continuing partnership between CSIRO and the Chinese Academy of Sciences.

In other words, Western countries have shown increased attention to the laboratory in Wuhan and coronavirus research. The creation of chimera viruses was also part of the work programme of a large number of bio-laboratories around the world.

Thus, the work of an international team of biologists under the leadership of the American scientist Ralph Baric in 2015 has already attracted international attention. At that time, scientists created a chimera-coronavirus that was dangerous to human health.  Usually such work is explained by creating vaccines and working on “prevention,” finding out if such viruses can occur in nature and their intended impact on humans.

There is no direct evidence that the new coronavirus escaped from a Chinese or American laboratory. However, there is a fact that not only China, but also the US, Australia and a number of other countries were working intensively on related studies.

Hazardous experiments by the US

The US and its allies are requiring China to disclose information on any biological experiments in Wuhan. However, similar questions can and should be answered by the US. Moreover, the Americans, unlike China, conduct their experiments in other countries. By doing so, they put local residents in danger.

The Pentagon’s DTRA agency admits they conducted experiments with bats in Georgia, Cambodia, India, and other countries in 2017. In Kazakhstan since 2016, they have been actively studying coronavirus, identifying 24 species of bats that can carry this disease.

Doesn’t the Pentagon want to reveal data on these experiments, given what the US constantly demands from China?

In February, Indian media reported that international researchers, including two from the Wuhan Institute of Virology’s Department of Emerging Infectious Diseases “had been studying bat antibodies in Nagaland since 2012. In 2017, the NCBS and Duke-NUS began a collaboration in which researchers based at the NCBS collected samples of serum from bats and humans”. The study was funded by the United States Department of Defense’s Defense Threat Reduction Agency (DTRA).

The role of Chinese scientists was limited to reagent supply. The main role in the project was played by the Americans.

The Pentagon operates biological laboratories in 25 countries funded by the Defense Threat Reduction Agency (DTRA) under a $ 2.1 billion military program- the Cooperative Biological Engagement Program (CBEP). Some of the Pentagon’s laboratories – in Georgia, Iraq and Armenia – are in dangerously close proximity to the borders of Turkey, Iran and Russia. Laboratories in southeast Asia operate in close proximity to China.

Dilyana Gaytandzhieva, a Bulgarian journalist known for exposing US activity in the Middle East recently found publicly available documents related to a 5,000 bat study of coronaviruses at the Lugar Center in Tbilisi.

The Pentagon projects on bats and coronaviruses https://t.co/VivGpn76cw

The documents, among other things, describe that the US has also conducted research in Georgia on diseases that are spread by tropical mosquitoes. This activity endangers Georgia as well as Turkey and other neighboring countries.

After the DTRA project “Virus and Other Arboviruses in Georgia” in 2014, the never-before-seen tropical mosquito Aedes albopictus was detected for the first time in 60 years in Georgia. These insects were also found in neighboring Turkey and Russia, despite being unusual for this part of the world. Aedes Aegupti Mosquitoes are another species of mosquitoes that appeared after American studies in Georgia, Turkey and Russia. Thus, the activity of the laboratory can be seen as a threat for the health security of Turkey, formally a NATO ally.

Given this information, it should be kept in mind that all projects with the participation of the US Department of Defense are for military application. According to the Congressional Research Service, “The geographic combatant conducts most of the Defense Department’s GHE (Global Health Engagement) as part of theater campaign plans”.

The US has explaining to do

The US has an extensive network of Pentagon-run biological laboratories around the world. Employees of these labs, in some cases, as in the case of the Lugar Centre in Tbilisi, have diplomatic immunity. No one knows exactly what is happening there and what kind of research is being done, including the people of those countries. According to the information that comes to the press, one can conclude that military research is being conducted and that there is a danger of infecting the area with viruses and bacteria.

USA TODAY Network investigation revealed that hundreds of lab mistakes, safety violations and near-misses have occurred in biological laboratories in the US in recent years, “putting scientists, their colleagues and sometimes even the public at risk.”

The American military certainly does not care more about the health of foreigners than it does about the health of Americans who themselves seem to be disposable. In other words, the lives of people in countries where the Pentagon’s bio-laboratories are located, as well as those in neighboring countries, are likely at serious risk. If the US pushes the issue regarding the bio-laboratory in Wuhan – it will be a good opportunity for the world community to make a similar demand, namely, that the US publish all information about the work of its laboratories abroad and allow observers from potentially endangered countries.

The leaders of the states neighboring those who allow Americans to establish dangerous biolaboratories certainly have the right to raise the question – any dangerous work being done by the Americans should be punished with sanctions.