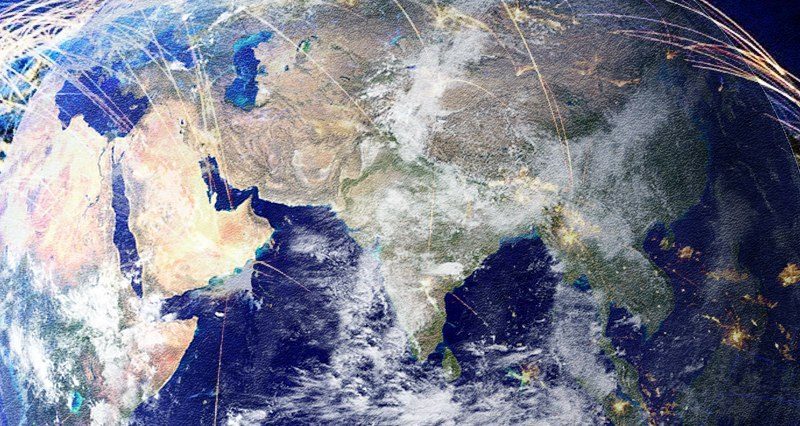 On April 30, the German Interior Ministry officially included the Shiite movement “Hezbollah” in its list of terrorist organizations. The decision was justified by the fact that Hezbollah calls for the destruction of the State of Israel and “opposes the establishment of understanding between peoples”. The US, Canada, the Netherlands, Japan and the UK banned the organization in March 2019.

Thus, Germany has joined the United States, which is fighting Hezbollah intractably arguing that the group is one of the main threats to its influence in the Middle East. Berlin has taken an openly anti-Shia and anti-Iranian step.

On April 30, the Russian media reported that Prime Minister Mikhail Mishustin tested positive for coronavirus, after which he was hospitalized. Deputy Prime Minister Andrei Belousov has taken his place while he recovers. Belousov becoming the temporary head of the Russian government may mean a radical weakening of neoliberal influence in Moscow. Belousov demanded the transfer of state corporation revenues to the budget, the introduction of elements of a planned economy and the acceleration and deepening of Eurasian integration processes. Will the absence of Prime Minister Mikhail Mizustin allow for a correction in the course of Russian economic policy? We will find out in short order.

On April 9, Iraqi President Barham Saleh officially instructed Mustafa al-Kadhimi to form a government within 30 days. The new Prime Minister was formerly in charge of Iraqi intelligence. Prior to that, he was a journalist, and was exiled during the reign of Saddam Hussein. The new Prime Minister of Iraq has close relations with political circles in the US and Great Britain, but he is considered to be an independent politician. Now his main task is to unite Iraqi society. Mustafa al-Kadhimi must cope with the coronavirus pandemic, economic problems and also quell the ongoing protests; the potential for unrest remains extremely high. Another challenge for al-Kadhimi will be making progress in pushing the withdrawal of American troops from the country.

Syria: the United States is increasing its support for Kurdish militants

Throughout April, the United States sought to strengthen its influence in eastern Syria. Thus, along with the support of the Kurdish SDF (made up of militants from the terrorist Workers’ Party of Kurdistan), the US began to form new units.

The London-based Syrian Observatory for Human Rights (SOHR) reported that a convoy of 300 US Army trucks headed for the Tall al-Baydar base in the province of Hasaka carrying military equipment, weapons and ammunition.

On April 23, SOHR sources reported that the US Army convoy passed through Kamyshly, stopping at Chemo Base west of the city where some of the cargo was unloaded. The 35 vehicle convoy then headed towards Tall El Baidar. The vehicles were carrying logistic materials and tanks loaded with fuel. The flow of weapons and ammunition indicates the intention of the United States to gain a foothold in the region.

At the same time, the United States continues to discuss cooperation with Kurdish militant leaders. Moreover, on April 29, the US Commission on International Religious Freedom (USCIRF) blamed Turkey for the violation of human rights in Syria and called for the withdrawal Turkish troops from Northern Syria. At another point, USCIRF recommended the removal from the sanctions of the separatist Autonomous Administration of Northeast Syria (AANES). Moreover, the US official body called to “expand US engagement with and assistance to the AANES.”

At the same time, these militants detonated a bomb on April 28 in central Afrin, killing at least 40 people. The SDF denies its involvement in the bombing. However, the Kurdish militants are behind the bombing, the Turkish Defence Ministry says.

The Turkish military deployed in north-west Syria dispersed a protest rally held by militants of the terrorist group Hayat Tahrir al-Sham the day before April 26. The Turkish military also dismantled Islamist barricades along the M-4 highway near Neirab, using tear gas to disperse the militants and their supporters. Thus, once again, Syrian militants tried to disrupt Turkey’s interaction with Russia, which Presidents Recep Tayyip Erdogan and Vladimir Putin agreed on on March 5.

North Korea: Rumors of the death of Kim Jong-un

North Korean leader Kim Jong-Un has not appeared in public for more than two weeks. There have been no new photos or videos of Kim Jong-un in the North Korean media since April 11, and on April 15, he did not attend the celebration of the Day of the Sun – the birthday of his grandfather, founder of the DPRK Kim Il-sung.

In the South Korean and Japanese media, as well as on social networks, stories were published claiming that the Supreme Leader of the DPRK was extremely sick, or perhaps dead. However, South Korea later denied reports of the North Korean leader’s death.

Misinformation about North Korea has become commonplace in Western countries that demonise the country at every convenient opportunity hoping to force regime change to introduce capitalism and globalist domination.  It’s possible that the turmoil in the world media around the possible death of the DPRK leader was caused by a desire to distract attention from the US’ inability to cope with the coronavirus pandemic.

On April 29 a second US Navy ship passed through the South China Sea that week, sparking new protests from China. Chinese authorities also accused the US of provocative actions that create tension in the region and threaten international law and Chinese sovereignty and security.

Earlier, the US sent a strike ship group to the shores of China. Tensions between the US and China are ratcheting up again despite the pandemic. US senators are calling for the US to cancel paying off its debts to China. At the same time, the Americans are demonstrating strength in the South China Sea, showing that they do not intend to give up regional leadership to China.

US: Coronavirus and social schism

The number of coronavirus patients continued to grow in the United States. In April, the United States was the global leader in terms of number infected. At the same time, domestic tensions continue to increase to the point that the state of California declared its unwillingness to obey the federal government.

California, Oregon and Washington have formed the Western States Pact, an alliance that provides the fight against coronavirus on the west coast. A similar alliance was formed by the states on the east coast of the United States – from Delaware to Massachusetts. Another alliance has been formed by the Midwestern states. These are mainly states where the governors are from the Democratic Party.

Also in April, protests against lockdown measures were held in numerous states. The protests were organized by supporters of Donald Trump, predominately in states where Democrats are in power. The coronavirus has exposed a deep split within the US which appears to be irreparable.

On April 1, the Trump Administration announced the deployment of US Navy destroyers, AWAC surveillance aircraft and Special Forces ground units in the Caribbean Sea, reportedly one of the largest operations in the region since the US invasion of Panama in 1989. The stated purpose of the operation was to intercept drug shipments allegedly originating from Venezuela, against which Washington imposed devastating economic sanctions aimed at overthrowing President Nicolas Maduro.

The day before the operation, the US accused Venezuelan President Nicolas Maduro of involvement in drug trafficking and promised $15 million for his capture. No real evidence of involvement of the Venezuelan leadership in drug trafficking has been presented. Despite the coronavirus epidemic, the US continues to put pressure on Venezuela, taking advantage of the fact that the country is being attacked on two fronts.

On 23 April, the commander of the Libyan National Army, General Khalifa Haftar, established new authority, an action which was followed by “demonstrations” in Libya in support of the transfer of full authority to Haftar personally. Haftar is demonstrating that he intends to end the last vestiges of democracy in Libya and establish a military regime.

Haftar’s statements directly contradicted the plan’s of Aguila Saleh Issa, Chairman of the House of Representatives of Libya, which were presented on the same day.

However, Haftar said on April 27 that, in response to popular demand, he was taking over the entire government. De facto, Haftar established a military dictatorship in the territories under his control. He later forced Aguila Saleh Issa to support his plan. Haftar’s decision has caused him to lose the last vestiges of his legitimacy. This gives Turkey a new chance to reach its goals in Libya and will seriously complicate international support for Haftar.

Australia: an attack against China

Australia has joined in the US’ public accusations against China. April 19, Australian Foreign Minister Marise Payne questioned China’s transparency and said that an independent investigation into the origin of the new coronavirus should be conducted. Later, Australian Prime Minister Scott Morrison echoed these demands. China considers this position an attempt to shift the blame on China in advance. China’s ambassador to Australia said that China would boycott Australian goods if Canberra continues in this direction.