The US spy in the Ukrainian delegation 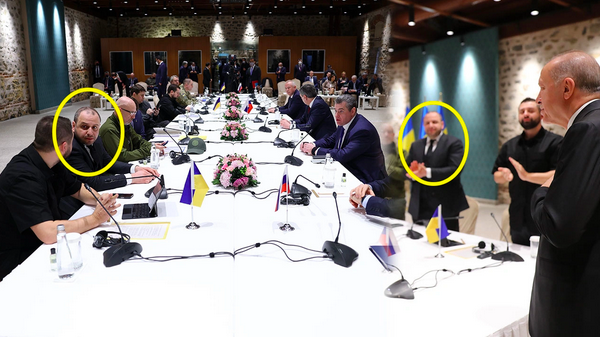 Umerov is a politician that serves in the region as the United States’ spokesperson and project executive. Let’s take a closer look at him.

Playing a part in the trap of the Crimea Platform

United World International readers are familiar with Umerov’s name. UWI had reported on August 17, 2021 about the Crimean trap set against Turkey. Rustem Umerov was the trap’s main actor. Turkey had been invited to take part in the Crimea Platform, which was to convene in Kyiv on August 23, 2021. The convention had the purpose to enact international mechanisms, which in turn should raise the pressure on Russia on the Crimea issue. The platform’s long-term goal is to achieve the return of Crimea to Ukraine.

Local sources in Ukraine provided UWI with information on Umerov, describing him the following way:

“Rustem Umerov is directly connected to the US. He spends part of the funds he receives from foreign governments on personal purposes. Umerov has in his young days participated in the Future Leaders Exchange (FLEX) program of the US Department of State, as open sources indicate.

While Crimea was part of Ukraine, Umerov also received education in a boarding school, opened for high talented kids by the Crimean Ministry of Education and financed by the FETO.

His brother Ruslan Umerov, in official documents running as Aslan Ömer Qırımlı, has also been educated in this school and has connections to the FETO. Both brothers are well known in Kyiv as “America’s children”.

The UWI article had made the following warning:

“It is a very dangerous development that people connected to the FETO participate in the Crimea Platform and provide FETO influence over the Crimea Tatar National Assembly. This incident will have the effect of legitimizing the FETO and present these actors as equal participants of international matters. FETO’s arguments may come to be perceived as Turkey’s stances in the international arena.”

The Russian press describes Rustem Umerov as “an American spy”. This reporting relies on an important source: Ayvaz Umerov, who, as Rustem Umerov is a Crimean Tatar, the President of the Regional National Cultural Autonomy of the Crimean Tatars and part of the Ukrainian delegation in the recent meeting.

In a statement delivered to the press on March 10, the Crimean politician Ayvaz Umerov said “I have several reasons to see him as a grey cardinal who is a US spy connected to Fethullah Gülen”. He added that Fethullah Gulen had actively supported Rustem Umerov, who was a member of the educational system of the Nurcu religious order.

Rustem Umerov’s main mission as to hinder a fast agreement between Ukraine and Russia and to report everything to the US intelligence services, according to Ayvaz Umerov. It is also reported that Rustem Umerov is the owner of all the commercial wealth and entities of Mustafa Cemilew, an extremist and leader of the Crimea Tatar People’s Assembly.

The FETO had attempted a pro-American coup in Turkey in 2016. Following the coup’s failure, Turkey had started to purge all FETO elements from the military, police organization and the state apparatus in general. During the times that FETO was organized within the state apparatus, the organization had played an important role in sabotaging Turkish-Russian relations.

The downing of the Russian military jet on November 24, 2015 and the assassination of the Russian ambassador to Turkey, Andrey Karlov were made by the hands of the FETO.

The fact that the Ukrainian delegation includes a person from FETO directly tied to US intelligence services may be explained by the purpose to lead these negotiations to failure and sabotage Turkish-Russian relations.

At that table, Umerov represents the excluded US. At the same time, Umerov’s reunions with representatives of the Turkish state, including the President Erdoğan may also be interpreted as an attempt to legitimize the FETO.